Two leading US veterinary clinics are getting together to offer services in advanced equine reproduction.

The new partnership between the Hagyard Equine Medical Institute (HEMI) and the Palm Beach Equine Clinic (PBEC) will see equine reproductive specialists working collaboratively to expand upon the traditional services currently being offered at the PBEC.

While Dr Justin McNaughten will lead the team in Wellington, Florida, Dr Karen Wolfsdorf, Dr Karen Von Dollen and Dr Kristina Lu from HEMI will provide assistance with advanced reproductive services. All four are Diplomates of the American College of Theriogenologists.

McNaughten received his BVMS from the University of Glasgow, School of Veterinary Medicine in Glasgow, Scotland. After completing a fellowship and residency he became a board-certified theriogenologist working in early embryonic loss, mare infertility, and stallion behavior as well as general reproduction and assisted reproductive techniques.

“It’s a new adventure using the equine reproductive specialists from HEMI to work collaboratively with Palm Beach Equine,” McNaughten said. “The big thing is to tap into the more advanced artificial assisted reproductive techniques specifically for our sport horse and competition mares.”

Wolfsdorf emphasized that the partnership between the two clinics helps to provide a streamlined approach to their equine patients throughout the year. “Horses travel, so when they move north, to Kentucky per se, they’ll get the continued specialized care. It may not be the same individual but as a team, there will be open communication,” she said. 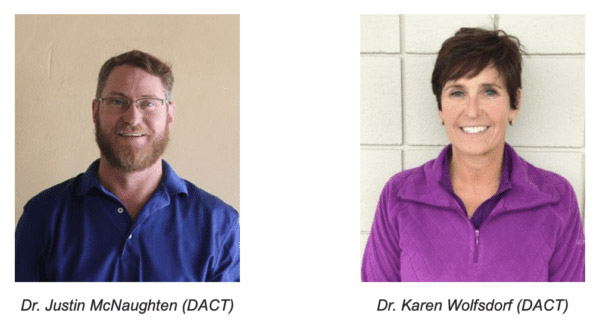 One of the advanced services that will be incorporated into PBEC’s reproduction program is Transvaginal Aspiration (TVA) of the oocyte from the mare’s ovary. Oocytes are processed and shipped to a specialized Intracytoplasmic Sperm Injection (ICSI) laboratory. The ICSI procedure involves the micro-injection of a single sperm cell into a mature oocyte to produce an embryo.

Von Dollen said that oocyte aspiration offers an opportunity to salvage the reproductive potential of subfertile mares or stallions.

“Furthermore, embryos can be produced without the need to interrupt a mare’s competition schedule for insemination and embryo flushing,” she said.

Palm Beach Equine Clinic offers these new advanced techniques along with all of the traditional services in order to increase the likelihood of a successful pregnancy .

The Hagyard Equine Medical Institute is steeped in history. It was founded in Kentucky after Yorkshireman Dr Edward Thomas Hagyard, an 1839 graduate of Professor Dick’s Veterinary College in Edinburgh, Scotland, travelled to the state from Toronto in 1875 to treat a valuable shorthorn bull. So impressed were the shorthorn breeders, they asked Hagyard to move to Kentucky. He had been one of the original faculty members at the Toronto Veterinary College (later the University of Guelph Ontario Veterinary College) when he was hired in 1849 as a veterinary surgeon.

Struck by the beauty of the countryside and because of the opportunities for himself and his three sons (Thomas H, John Robert, and Edward Weddel “Dr Ed”), Hagyard came to practice in Winchester in 1876. A year later, he moved to Lexington and in 1891, the E.T. Hagyard and Sons veterinary hospital was built on East Short Street.

The hospital, later renamed Hagyard & Hagyard, had transitioned into an equine-exclusive practice by the time Dr Ed’s son, Dr Charles E Hagyard, joined. “Doc Charlie,” who practiced from 1924 to the 1960s, cared for four Triple Crown winners and was Man ’O War’s veterinarian. Doc Charlie also was a founding member during the 1940s of the Breeders’ Sales Co (later to become the Keeneland Sales Co.) and, along with his father, was a founding member of the Thoroughbred Club of America.

The family veterinary lineage continued through the marriage of Doc Charlie’s sister, Esther, to John Harold Fallon. Their son, Dr Edward “Doc” Hagyard Fallon, joined the practice after graduation in 1956 and retired in 2002.

He was one of the first practitioners in North America to refine ovarian palpation in mares. He established at the practice many now-common procedures, such as estrus synchronization and an artificial lighting program to trigger heat cycles. One of Doc Charlie’s sons, Dr Luke Hagyard Fallon, a great-great-grandson of Edward Hagyard, is the fifth consecutive generation of the family to work in the practice since its inception.