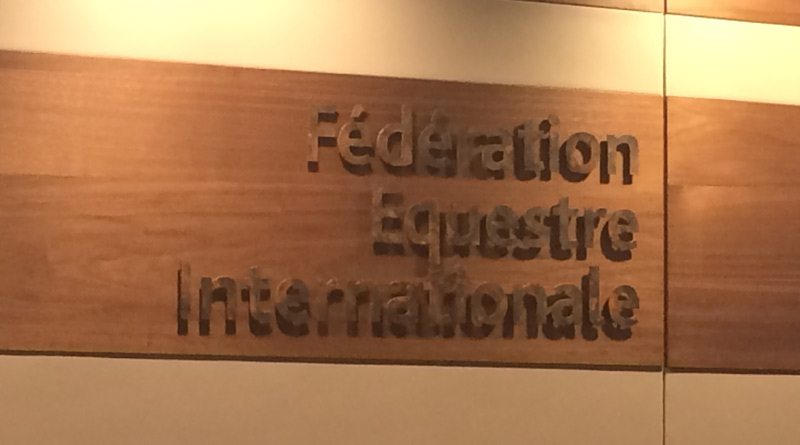 The United Arab Emirates Equestrian and Racing Federation has signalled its intention to appeal last month’s decision by the FEI Board to suspend it from the international organisation.

The suspension arose over the running of the Sheikh Mohammed Cup and The President’s Cup. Both should have been held as International Endurance Events (CEIs) as the number of foreign athletes far exceeded the quota permitted under the rules for national events, according to the FEI.

The FEI Board imposed a full suspension of the UAE national federation, across all FEI disciplines, until the end of the year. The suspension in relation to Endurance will run longer, until March 31, 2021.

The board has also imposed a financial sanction on the organisers of the events in question, requiring them to pay a percentage of the prize money – 50% for the Sheikh Mohammed Cup and 10% for The President’s Cup – as well as the organising dues that would have been payable to the FEI had the events been held as international events.

The world governing body signalled that the suspensions will remain in place until all financial sanctions have been paid in full.

The UAE federation, in a lengthy statement, defended its position. It criticized the FEI’s stance on the matter, indicating it would appeal, even going to the highest sporting court in the world, the Court of Arbitration for Sport, if necessary.

The federation said it was an effective member of the international federation and abided by the rules. It said it did not accept that it had violated any FEI rules in running the two races as national events.

The races, it said, were run under the rules of Endurance, with appropriately registered officials.

“All jockeys who participated in these two races took place with the approval of their federations and according to messages from their national federations.”

It argued it had not been advised of the alleged issues in a timely fashion. When finally advised it had been co-operative.

The federation asserted that the FEI had delayed the procedures.

It said it entered negotiations to settle the issue, but “very large fines” were sought “without any right of legality for it, as this request has no basis or precedent in the history of the International Equestrian Federation”.

The fines proposed were not commensurate with the size of the violation, if any, it argued.

The federation said there was no intentional violation in the organisation of either race, and every effort had been made to comply with the requirements of the FEI and maintain the health and safety of horses and riders.

FEI president Ingmar De Vos said when the suspension was announced: “The decision to suspend the UAE National Federation was not taken lightly, but it reflects our commitment to good governance, integrity and horse welfare.”

He said it was his sincere hope that the suspension would drive change within the federation and give rise to a new era for Endurance in the UAE equestrian community.

The full UAE statement can be read here.