Thoroughbred industry players have a very different view of racing practices and what they mean to the horse when compared to animal advocates, study findings show.

Researcher Iris Bergmann, with the School of Geosciences at the University of Sydney,  set out to explore the views of industry participants and animal advocates relating to the naturalness and legitimacy of Thoroughbred racing.

Bergmann, writing in the open-access journal Animals, noted that concern about the public’s perception of Thoroughbred welfare is reverberating throughout the international Thoroughbred racing industry.

The general racing participants’ discourse about what is natural is based within the horse’s emotional realm and encapsulated in the phrase the horse “loves to race”, she says. This view is upheld even in the presence of horse behaviour that does not seem to support this idea.

“There is also a biologically based claim that horses choose to run or race if given the opportunity to move freely. However, if given the choice, horses spend the majority of their time foraging and grazing. The time horses in the wild spend moving mostly involves walking, with some trotting and cantering, but rarely galloping.

“Equating this with a highly regimented training regime where horses are asked repeatedly to perform at and beyond their natural limits appears flawed.”

For her study, Bergman recruited nine Thoroughbred industry participants from seven organisations. Three were from Australia, five from the United States, and one was with an international organisation. All were in senior and executive roles in their organisations.

Individuals from seven animal advocacy organisations whose websites published information about Thoroughbred racing also agreed to take part. Three were based in Australia, two in Britain and two in the United States.

Each took part in a semi-structured interview lasting about an hour, with two taking about 105 minutes. During the interviews, the opinions of the participants were sought on four racing-related images, which appear below. 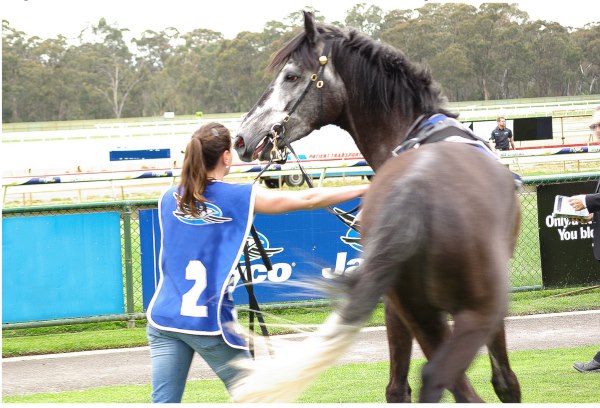 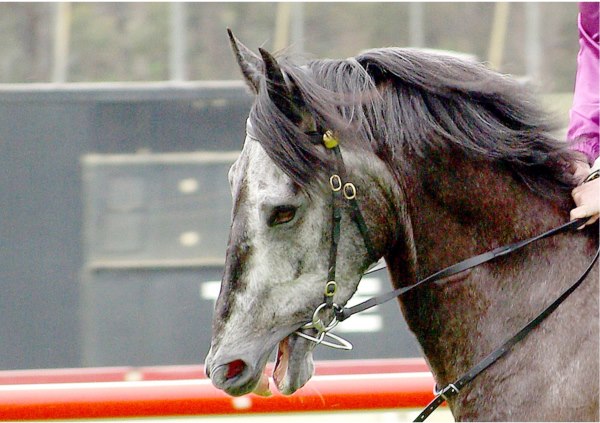 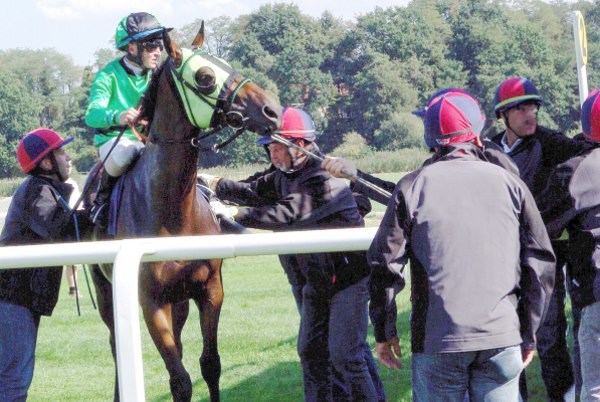 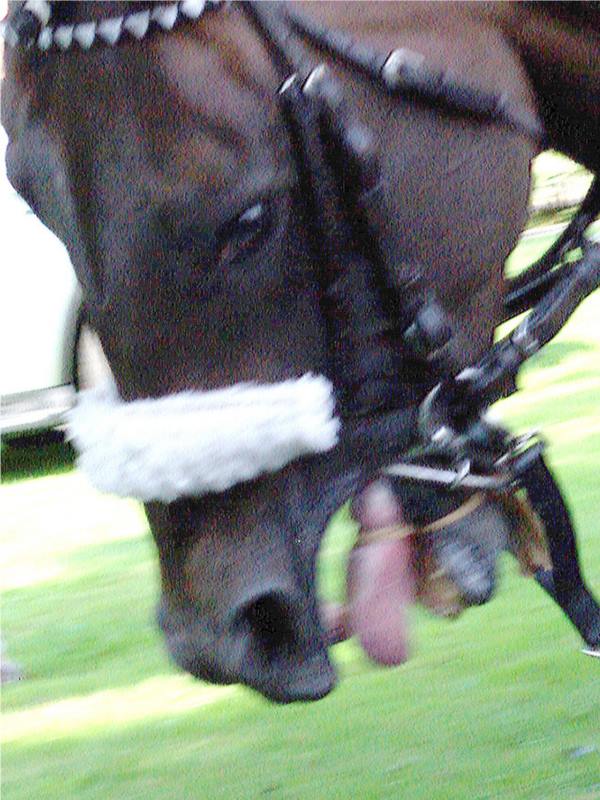 Bergmann found that Thoroughbred industry players used assumptions of the nature of the Thoroughbred as explanations for their mental and behavioural expressions.

“This nature was used to justify controlling mechanisms and practices they referred to in the photographs.

“There was also a tendency for industry informants to normalise and naturalise and, at times, downplay the Thoroughbreds’ behavioural and mental expressions.

“The behavioural and mental expressions of the Thoroughbreds in the photographs were seen more as a visual problem rather than a welfare problem.

“The Thoroughbred was often portrayed as a willing and knowing participant, eager, excited and ready to race.”

This, she says, is consistent with the industry participants’ view that racing is the most natural activity for the Thoroughbred.

“In contrast to the above, where industry informants draw on the idea of the natural, they mostly did not regard the Thoroughbred as natural anymore but as a product of human breeding. This is consistent with their overall low interest in the concept of naturalness in racing.”

Animal advocacy informants also used assumptions about the nature of the horse as an explanation for the Thoroughbreds’ mental and behavioural expressions on race day, Bergman said.

“However, they tended to view the Thoroughbreds’ assumed mental and behavioural predispositions as an explanation for why racing practices are not in the interest of their welfare.

“They mostly saw the Thoroughbreds’ expressions as indicating stress, agitation, being disturbed and experiencing anxiety. They suggested the depicted racing practices are unnatural and have a negative impact on the Thoroughbred.

“Animal advocacy informants tended to notice a broader range of factors impacting the thoroughbreds’ welfare by violating their nature, including a range of aspects of the overall environment and individual horse conformation.

“They tended to pay more attention and assign more welfare relevance to the horse-human interaction.”

This, she says, is consistent with their view that racing was not the most natural activity for the horse; rather, they point out grazing, being with other horses and running as natural.

“In terms of a human-shared activity, leisurely trail riding at most comes close to being natural.

“As did the industry informants, the advocacy informants noticed a visual problem, albeit a very different one. They emphasised the lack of visibility of the breadth of the welfare issues to the public.

Bergmann said her study found that how naturalness is conceptualised is linked to how the impact of common racing practices on the Thoroughbred are perceived. This, she says, has direct implications for the welfare of thoroughbreds in racing.

“In summary, the problems with Thoroughbred welfare are much broader than the industry currently considers attention-worthy.

“The non-recognition of the compromised health and welfare of the Thoroughbred in racing resulting from common handling, training and racing practices poses significant threats to the Thoroughbred and further questions the legitimacy of the thoroughbred industry.”

The industry, she says, will be increasingly pressured to address those issues with the discourse about common racing practices, animal welfare and naturalness advancing in society at large.

Industry informants often naturalise, normalise, downplay or ignore the horses’ expressions, the impact of handling on the horse and the use of equipment. In contrast, animal advocacy informants tend to describe a horse whose nature is violated.

Both groups have different ideas about what is natural and what that means for Thoroughbred welfare.

Bergmann, I.M. Naturalness and the Legitimacy of Thoroughbred Racing: A Photo-Elicitation Study with Industry and Animal Advocacy Informants. Animals 2020, 10, 1513.