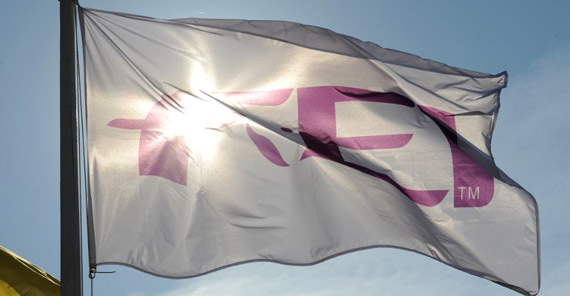 The estimated figures were revealed as the FEI’s Chief Financial Officer presented a revised budget at the organisation’s board meeting being held via videoconferencing this week. In opening the meeting, president Ingmar De Vos said the Board had a big responsibility, with a lot of discussions and decisions which would have a big impact on the sport. “Our collective role is to do the right thing and ensure that the head takes the lead over the heart.

“In these unprecedented times, there are many different interests at play, but we must remain united behind the decisions we make together for the sport as a whole and the safety of the community,” De Vos said.

Overall, 3352 events had been cancelled worldwide, with 2953 directly attributed to the Covid-19 pandemic. This amounted to about 50% of the competitions scheduled for this year, with more cancellations expected in the future. Reining and Para-driving experienced a 100% rate of cancellation, followed by 82% for Vaulting and 75% for Driving while the other disciplines were around 40-50%.

The estimated CHF 26,620,000 ($US28m; $NZ44m) reduction in revenue did not include the IOC contribution normally distributed in an Olympic year. It was offset by a rigorous reduction in total expenses of CHF20.8m ($US21.9), including temporary unemployment measures for FEI staff as well as the postponement or cancellation of all non-essential projects. Staff at FEI headquarters had also undertaken a rigorous review of budget and expenditure, resulting in savings of CHF 6.5m ($US6.8m).

FEI CFO Claude Praz emphasised that while the overall loss was important, it did not threaten the short/medium term existence of the FEI and that the FEI would continue to seek cost-saving measures to ensure minimal draw on the reserves. He also outlined future plans to counteract the loss in revenues caused by the pandemic and the major disruption to the sporting calendar.

Other cost-reducing measures included a voluntary salary cut by all senior management, staff working from home and web-based meetings which have reduced travel costs, and a freeze on recruitment for all open positions, with the exception of the two director-level appointments for Jumping and Endurance. Manuel Bandeira de Mello will stay on as FEI Endurance Director until a replacement has been found, and Deputy Jumping Director Deborah Riplinger will be promoted to Interim Director as of July 1 and postpone her retirement until June 2021.

Since 15 April 2020, 60% of FEI staff have been on temporary partial unemployment subsidised by the Swiss Government, resulting in an estimated CHF 1.5 million saving by the end of the year as well as safeguarding jobs in the long-term. The Swiss Government subsidy is confirmed until October, with the possibility of a further six-month renewal under discussion.

At the meeting, FEI Medical Committee Chair Dr Mark Hart stressed the importance of safety and the application of the FEI’s Policy for Enhanced Competition Safety for the global resumption of events and the future success of the sport. It was up to the National Federations and Organisers to ensure the safety of all participants at events and, since the publication of the FEI Policy in May, more than 30 risk assessment submissions for upcoming events have been received by the FEI.

He emphasised the importance of social distancing, face coverings and thorough hygiene in the battle against Covid-19 and confirmed that the discipline-specific guidelines were being finalised.