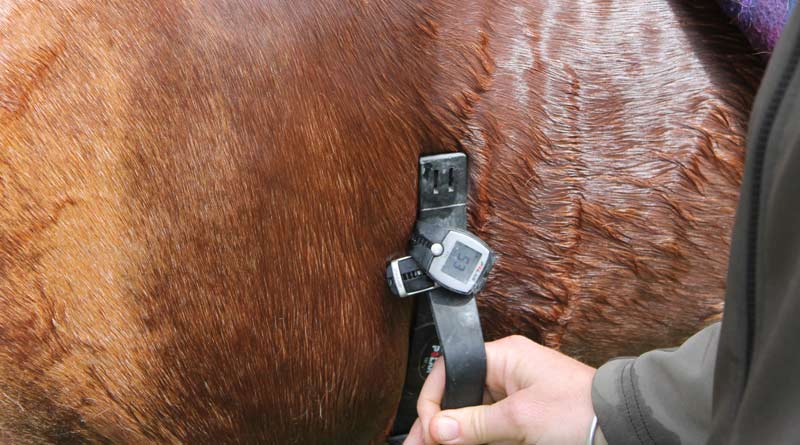 The pre-determined arbitrary heart-rate recovery values seen in Endurance may not allow for fair competition, according to researchers.

Arno Lindner and his colleagues set out in their study to explore the relationship between resting and recovered heart rates in horses.

Their work has particular relevance for the discipline of Endurance, given its major focus on heart rates in competing horses.

As the authors point out, veterinary checkpoints are established at certain distances within Endurance races to ensure the health of the competing horses. Heart rate is one of the parameters investigated.

Horses can continue racing only after reaching a pre-defined and arbitrary heart rate, providing all other parameters are also in good order

The researchers, reporting in the open-access journal Animals, found that the time until the pre-defined heart rate is reached is shorter when the resting heart rate of a horse is lower to begin with.

However, their work also shows that lower resting heart rates are not related to higher Endurance ability.

The study centered on seven horses, who each underwent an exercise test to determine at what speed their blood lactate concentration reached 4 mmol/L, which the researchers termed V4.

They were then exercised on a treadmill in a protocol to determine heart rate recovery.

The relationship between resting heart rate and recovery after exercise was significant in 16 out of 35 comparisons, they found.

However, there was no significant relationship between V4 and their resting heart rate, nor between V4 and heart-rate recovery after 10 minutes of exercise, regardless of the speed of exercise, with one exception. The relationship between the V4 of the horses and their heart-rate recovery after 60 minutes of exercise was significant in the fifth minute after exercise at 3.5 meters per second only.

Discussing their findings, the researchers said the results indicate it is reasonable to assume that there is a positive relationship between resting heart rate and heart-rate recovery after exercise.

They said there appeared to be no scientific evidence for the fixed heart-rate recovery system in Endurance racing.

“This system may not only be preventing fair competition conditions for all horses, but may be compromising their health and welfare because the heart rate of horses with a lower resting heart rate may be able to recover sufficiently to continue competing despite their health being compromised already.

Based on the results of this study, it would be much better to define individual recovery after exercise for each horse before competition and apply this value in the vet gates during competition.

“The individual heart-rate recovery could be determined during the veterinary examination of a horse to determine if it is fit to compete.”

The authors noted that individual heart-rate recovery indices have been proposed by others already.

The study team comprised Lindner and Martina Esser, with Arbeitsgruppe Pferd in Germany; and Ramón López and Federico Boffi, with the National University of La Plata in Argentina.

One thought on “Heart-rate recovery system in Endurance may not be fair, researchers suggest”