The racing industry in Australia has fundamentally failed to intervene at an industry level to effectively protect retired racehorses, the authors of a new report say.

The program brutally educated the public that, on a large scale, retired racehorses are being treated as disposable commodities, the report said.

“Racing horses, when they may earn the owner some money, are attended to with love and lavish care. When they cannot, some owners ruthlessly discard them.”

“There are many good women and men in the racing community, and the general community, working generously and tirelessly to try to ensure the welfare of retired racing horses. But too few,” Martin and his colleague, veterinarian Dr Peter Reid, wrote in their 100-page report.

“The racing industry in Australia, in general, has fundamentally failed to intervene at industry level to effectively protect retired racing horses.”

The pair said the public’s disapproval has been deafening.

“There has been a flurry of activity from the industry since the ABC’s 7.30 to remedy the failure. There will be those who say, and with obvious justification, that the response is unsurprising, given that many thousands rely directly or indirectly on the industry for their livelihoods.

“However, the industry’s response seems deeper than self-preservation. There is a sense that the majority of participants within the industry are genuinely remorseful for the failure and are determined to fix it.

“For the most part,” they wrote, “the industry’s failure appears to be the product of chronic inattention rather than deliberate disregard.

“Nonetheless, the image of horse racing in Australia has been savaged.”

Martin and Reid say there is no need to wait to do what is right.

“Industry participants should start now to remedy the problem. They should follow the lead of those who have been, and are, rehoming retired racing horses.

“Whether one acts through moral obligation or a realisation that if the industry loses public support, there will be no industry to support one’s livelihood, action must be taken immediately.” 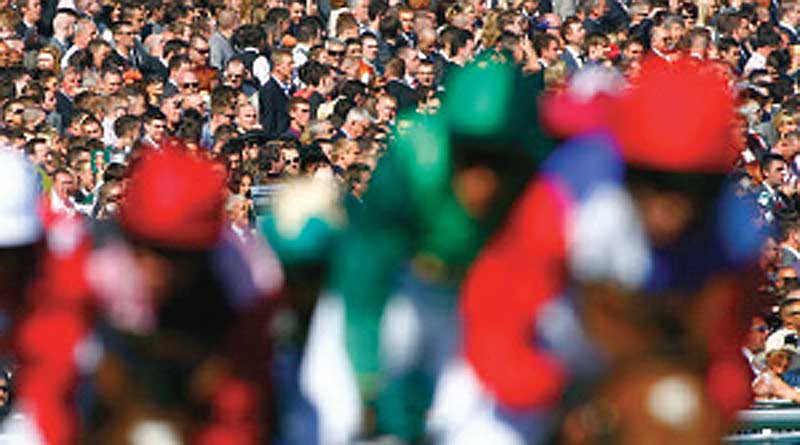 The pair set out in their inquiry to investigate animal cruelty in the management of retired racehorses in Queensland.

The authors ultimately made 55 recommendations.

They include changes that will see a greater role for the racing industry in overseeing the welfare of retired racehorses. There will be more staffing and resources for Biosecurity Queensland to enforce animal welfare requirements, and improvements to the way animal welfare complaints are managed.

The authors also called for a national registration and traceability scheme for all horses.

The off-the-track program should also make provision for horses that are bred for racing but never make it to the track.

The Department of Agriculture and Fisheries, the Queensland Racing Integrity Commission, and Racing Queensland will work to implement the state response.

The state government will strengthen the oversight and regulatory arrangements for abattoirs and knackeries and the transport of horses to those facilities. It will also promote good welfare outcomes for retired racing horses, and help protect jobs in the Queensland racing industry.

Meanwhile, an investigation of the specific animal welfare issues alleged in the ABC’s program are ongoing.

The state government has also pledged nearly $A6 million to support the implementation of the recommendations.

The Australian Veterinary Association (AVA) says it applauds the Queensland Government’s decision to implement all 55 recommendations.

The AVA had provided a submission to the inquiry.

“We commend the Queensland Government on accepting all recommendations from the inquiry,” said Dr Sam Nugent, president of the AVA’s Equine Veterinarians Australia Group. “But we would like to see this welfare protection extended further.”

The AVA wants a national welfare standard for horses to provide consistency and maintain appropriate welfare for animals, along with a national horse register for greater traceability and oversight of the country’s equine population.

“Currently, welfare laws for animals are administered at a state government level, and the scope of protection for horses varies between states,” Nugent says.

“We have heard reports of animals being moved across state boundaries for slaughter … a national welfare standard and register is essential for the welfare of all horses in the country, not just racehorses.”

Meanwhile, Thoroughbred interests have come together to announce a strategy to develop a national horse welfare regime.

It will review the current welfare landscape in the Australian Thoroughbred industry, explore world’s best practice, consult with industry participants, and draw upon learnings from other animal industries.

It will focus on horses exiting the thoroughbred industry, whether as retired racehorses or unraced animals, through to end-of-life management.

Membership of the group has been deliberately drawn from outside the racing and breeding industries to ensure their independence and encourage them to explore policy options outside current industry thinking.

“The challenges of the welfare, rehoming, retraining and end-of-life for Thoroughbreds are national issues that are of concern to all participants in the industry,” the chief executive of Thoroughbred Breeders Australia, Tom Reilly, said.

“We have to acknowledge that if we can improve outcomes in these areas, it is our responsibility to do so.

“Too often our industry is fragmented along state lines. This initiative will facilitate a national discussion with the aim of finding national solutions. Everybody who I have asked for support has been happy to give it and get behind this.”

The group will produce a report outlining a practical policy framework for a national horse welfare regime, which will be the basis for a wider discussion with industry stakeholders and federal and state governments.

The work of the panel will be funded by industry participants, with commitment of resources from breeders, owners, trainers, jockeys, clubs and wagering operators.

Australian Trainers’ Association chief executive Andrew Nicholl says it is important that participants from across the Thoroughbred industry work together on what he describes as a challenging issue.

Australian Jockeys’ Association chief executive Martin Talty, said: “Horse welfare is paramount to everything we do and it is important that we have a panel independent of the industry to help us. I am confident they will provide recommendations that we can all get behind.”

Chris Waller, who is on the steering committee that will sign off the terms of reference for the group, urged all in the industry to come together behind the project.

“This initiative is an opportunity to start building a national approach to welfare in racing and all industry players should grab it.”

Racing Australia, the national body that is comprised of all the state racing regulators, said it welcomed the initiative, and that they shared a common goal to lift the quality of equine welfare in Australia.