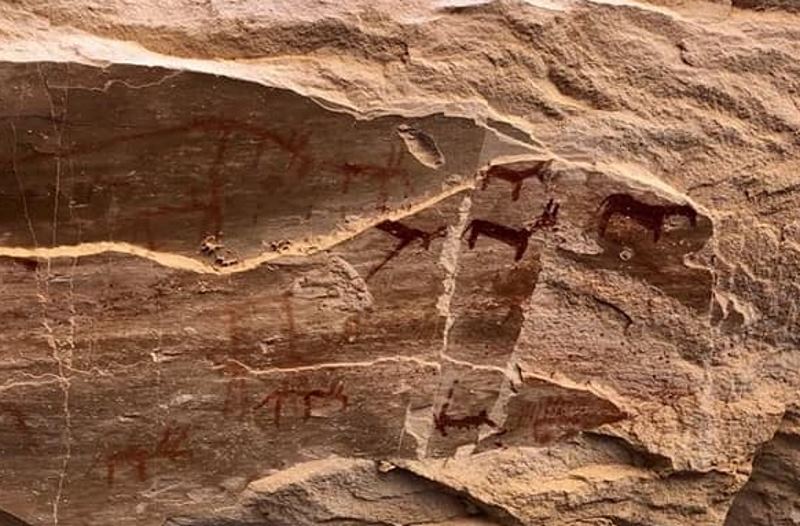 Cave art that includes depictions of animals such as donkeys and mules in the South Sinai likely dates back 12,000 years, Egyptian authorities report.

The cave art was stumbled upon by accident about 30km north of St Catherine’s City.

Dr Mustafa Waziri, Secretary-General of Eqypt’s High Council of Antiquities, says the small sandstone cave is in an area of difficult terrain known as the zweig.

Dr. Ayman Ashmawy, head of the Egyptian antiquities section of the ministry, says the cave contains many colorful engravings, some on the roof of the cave and others on the cave floor.

There was also evidence of large quantities of animal waste, indicating its use as a Bedouin and livestock shelter to protect against rain, storms and cold in later times.

Dr Hisham Hussein, director-general of the North Sinai and head of the archaeological mission, says the images depict many different views dating from different ages.

The first grouping of art, on the cave roof, is considered the oldest. It dated between 5500 and 10,000 BCE. The works are characterized by a dark red balloon with depictions of animals that appear to be donkeys or mules. The medium used was red pigment. 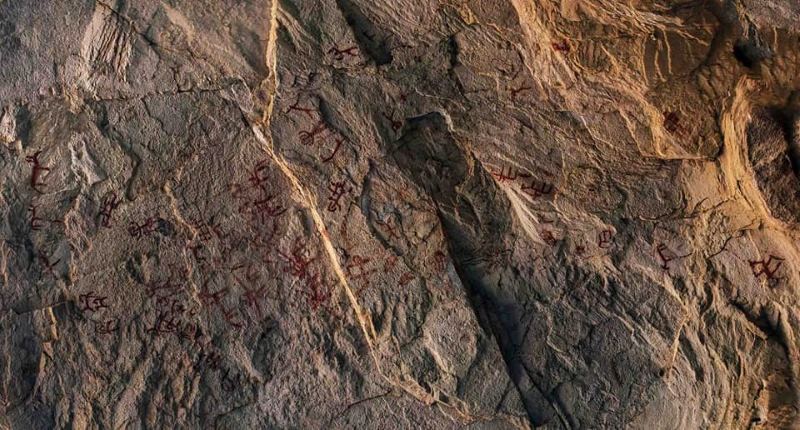 Five animals of the same era were also visible on the roof at the entrance to the shelter, and there is also a set of human hands painted on the ceiling and another set on a rock in the center of the cave.

Another grouping of art is characterized by images of women and animals, and likely dates from 5000 to 4000 BCE.

Dr Hussein says work is still being carried out at the site, along with ongoing investigative work in the South Sinai, which began a year ago. 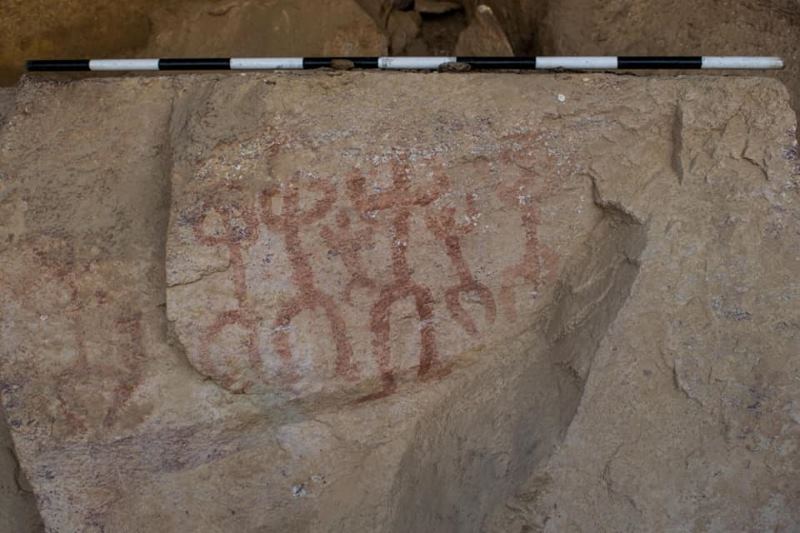