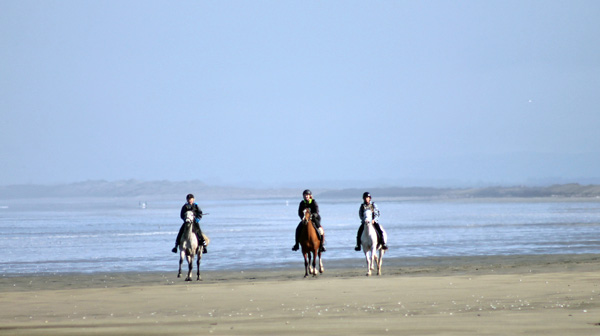 The Endurance Temporary Committee, tasked with finding a sustainable way ahead for the discipline, has published its final modified version of proposed rules for next year.

The FEI General Assembly will vote on the new rules in Moscow in mid-November.

The Endurance Temporary Committee was appointed by the FEI in October last year in a bid to find solutions to ongoing welfare issues and reputational damage to the discipline, much of it arising from the fast-style desert racing centred on the Gulf region.

The committee says it has considered all feedback in shaping the final rules, which will come into effect as soon as reasonably possible in 2020 if passed by national federations at the General Assembly.

The committee said it received an unprecedented amount of constructive feedback from national federations and stakeholders.

The rules include changes around weight, the number of loops, the qualification process for CEIs and championships, rest periods, and the rotation of officials.

The committee says while it and the FEI are determined to implement the proposed amendments as soon as possible, should they be passed, there will be work required on the FEI computer system to ensure full functionality before the implementation of some of the revised Rules.

“FEI headquarters is currently assessing the impact on the FEI IT system and national federations will be informed of the exact date for implementation of the FEI Endurance Rules in 2020 at the dedicated Endurance Rules session during the FEI General Assembly.”

The proposed rules can be viewed here. The marked-up version, where the changes can be seen against the existing Endurance rules, can be seen here.