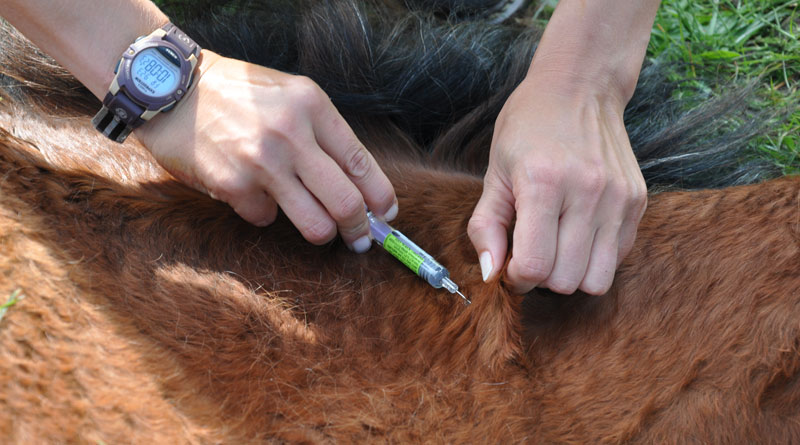 Multiple drug resistance (MDR) among bacteria isolated from equine clinical samples is at a concerning level, according to work presented at the recent British Equine Veterinary Association conference.

Resistance to at least one class of antimicrobial was present in 89.0% of Gram‐positive and 68.9% of Gram‐negative isolates.

[Gram–positive bacteria give a positive result in the Gram stain test, which is traditionally used to quickly classify bacteria into two broad categories according to their cell wall. Gram–negative do not retain the crystal violet stain used in the gram-staining method of bacterial differentiation.]

MDR (resistance to three or more different classes of antimicrobial) was present in 34.9% of isolates. MDR was more common in Gram-positive than Gram-negative bacteria. The most common sources of multiple drug-resistant bacteria were catheter insertion sites and surgical site infections.

Newer antibacterials were not exempt from resistance. Resistance to third/fourth-generation cephalosporins was found in 28.1% of Gram‐negative isolates. Fluoroquinolones resistance was present in 12.5% of relevant isolates.

“MDR among bacteria isolated from equine clinical samples is at a concerning level, particularly in catheter‐related infections and surgical site infections. Ongoing surveillance is vital for monitoring the changing patterns of resistance and informing antimicrobial stewardship in equine practice,” they said.

The research, which was funded by The Horse Trust and undertaken by researchers from the University of Liverpool’s Institute of Infection and Global Health, Institute of Veterinary Science, and Department of Musculoskeletal Biology, Institute of Ageing and Chronic Disease, has been published in the Equine Veterinary Journal.
Antimicrobial resistance surveillance from clinical submissions in UK horses. C.M. Isgren, N.J. Williams, O.D. Fletcher, D. Timofte, T.W. Maddox, P.D. Clegg and G. L. Pinchbeck. Equine Vet J (2019) 51, p26. https://doi.org/10.1111/evj.44_13152