Individual stabling is not a healthy living arrangement for horses, the findings of French research suggest.

Researchers examined 12 key housing and management factors to determine if they had any effect on the welfare of stabled horses. Most did not.

Only three factors – straw bedding, a window opening toward the external environment, and reducing the quantity of concentrated feed received daily – seem to be beneficial, but even these had limited effects.

“Above all, the longer horses live in individual boxes, the more likely they are to express persistent unresponsiveness to the environment,” Alice Ruet and her colleagues reported in the open-access journal Animals.

The study findings paint a worrying picture of individual stabling – a housing method commonly employed around the world.

The study team, all with the agricultural science agency INRA, said previous research had already shown that individual boxing harmed horse welfare. It could trigger the expression of four behavioural indicators of poor welfare: stereotypies, aggressiveness toward humans, unresponsiveness to the environment, and stress-related behaviours. 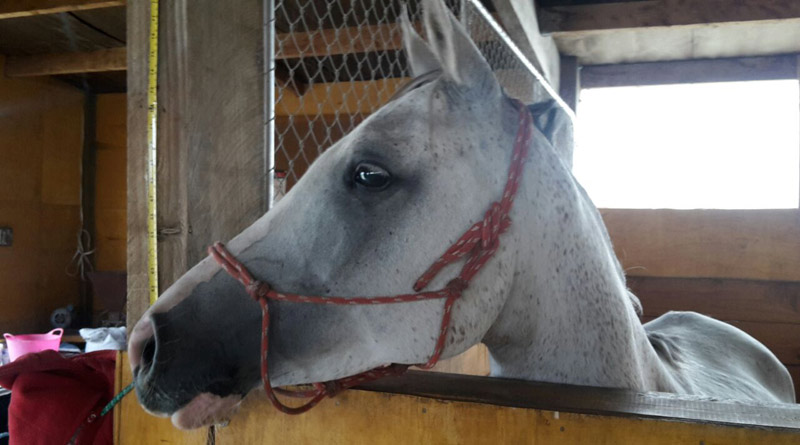 The researchers set out to investigate whether a range of factors could alleviate the negative effects of individual boxing.

In the nine-month study, they examined the influence of gender, age, choice of bedding, time spent in a box with an external window, the presence or otherwise of a grill window between other stalls, the use of concentrated feed, the equestrian discipline of each horse, their level of performance and the amount of time spent competing or training.

“The results,” they said, “show that the majority of the factors studied did not influence the expression of the indicators.

“Overall, the main conclusion of this study is that the detrimental effects caused by the spatial, social, and dietary deprivations of this housing system could not be alleviated by small facilities in the box or changes in management practices.

To preserve the welfare of horses, it seems necessary to allow free exercise, they said, including interactions with other horses, and fibre consumption as often as possible. These factors seemed to ensure the satisfaction of the species’ behavioural and physiological needs.

The authors noted that, despite the apparent detrimental effects of the box environment, it remained the main type of housing system for sport horses (32% to 90% of horses depending on the country) and especially so for valuable ones.

The main arguments in its favour relate to practicality, safety, and comfort issues for caretakers and animals. For these reasons, horses’ keepers are often reluctant to use another type of system, particularly group housing.

The study involved 187 warmblood sport horses housed in individual boxes in four distinct barns within the same stable, without access to paddocks or pastures.

All boxes measured around 9 square metres and were cleaned six mornings out of seven. However, the individual characteristics of housing and other management factors varied between horses.

For example, some stalls had external windows while others did not. Others had grilled windows between two boxes allowing visual and restricted contact with the neighbouring animal.

Some horses had straw bedding, others did not. Horses received different quantities of concentrated rations, depending on their physical condition or activity. They also worked in different disciplines, therefore undergoing different training.

The research involved Ruet, who is an experienced observer of equine behaviour, walking regularly in front of the individual boxes to see whether, in a three-second window, they expressed any of the behavioural indicators suggestive of poor welfare. These included crib-biting, windsucking, head weaving or bobbing, aggressive behaviours or a withdrawn posture.

Each horse was observed for five scans per day on 50 non-consecutive days distributed over a nine-month period.

“To alleviate the deprivations caused by individual boxes, it may be tempting to think that some factors regarding the housing system or the management practices would be beneficial for the welfare state of horses,” the authors wrote. 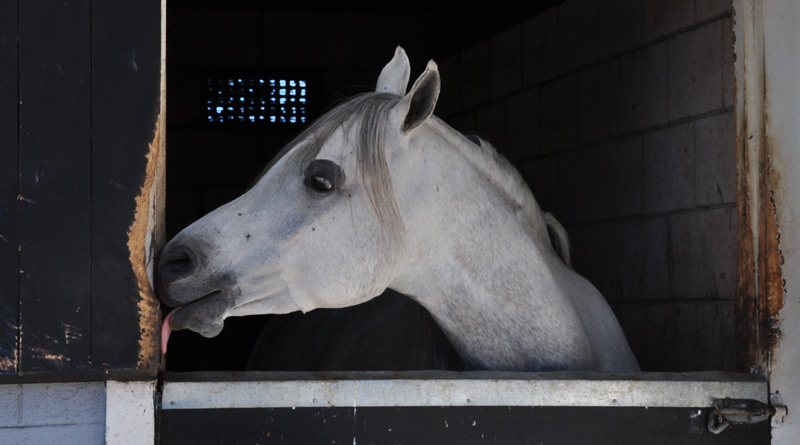 “This could have been the case, for example, by increasing physical activity through riding, lunging or using an automatic walker, or by providing specific facilities in the box, such as the presence of a grilled window allowing social contact.

“However, the results show that this would not be the case.”

The possibility for horses to have limited contact through a grilled window on the wall between two boxes did not have a significant effect on behaviour.

“The main relevant result of this study remains that the majority of the tested factors had no influence on the expression of the behavioural indicators, in particular on unresponsiveness to the environment and stress-related behaviours.

“This implies that drastic changes in the living and management conditions should be required to improve the welfare state of animals.

“Indeed, confinement in individual boxes imposes spatial and social deprivations that prevent animals from satisfying movement and social needs, for which they appear highly motivated.

“On the contrary, other environments such as pasture with other horses could theoretically satisfy these species’ needs and thus restore an optimal welfare state.”