However, much of this attention has been focused on international-level FEI competitions.

Little, they said, is known about domestic-level competitions and their risk factors for elimination.

The researchers set out to learn more about the characteristics of endurance rides in New Zealand and the risk factors for horse eliminations due to lameness and metabolic reasons.

They found that endurance ride entries were dominated by lower distances (40–80 km), with the number of eliminations increasing with ride distance.

The competition season was structured with the longer, more competitive rides at the end of the season, allowing the shorter, earlier rides to be used as conditioning rides. 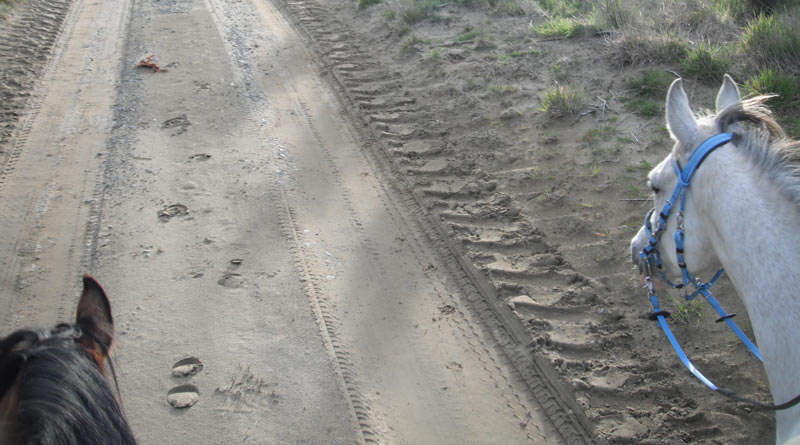 There were 6885 starts, involving 775 horses and 665 riders. The horses had a median age of 9 years and had a median of three starts per season.

Eliminations increased with ride distance, from 7% in 40km rides to 53% in the 160km rides.

Lameness accounted for the majority of eliminations, at 64%.

The odds of elimination due to lameness were significantly associated with ride distance, location (North or South Island) and time of year.

“The 11% of starters eliminated for metabolic reasons of the horse had increased odds of elimination associated with horse age, ride distance, location and time of year,” they reported.

“This may be attributable to a number of factors including terrain (South Island has rougher terrain), climate (warmer in the North Island) or training methods between the two islands, all of which are avenues for further investigation.”

“This,” they said, “was likely an effect of the progressive loading of training and competitions throughout the season in addition to the higher number of horses starting in longer distance competitions later in the season.”

Furthermore, the summer months (November to March) coincide with warmer, drier weather, resulting in hard ground, likely to increase the concussive forces on the horse.

There was an increased risk of elimination due to metabolic reasons in November and March–May. This was likely due to the longer distance rides offered at these times of year, but could also reflect the advent of summer in November, and the beginning of cooler weather from March to May.

“The changing temperatures and increase of dust/pollen in the environment at these times of year may adversely affect the horses’ respiratory systems.”

Additionally, the championship events (North Island, South Island and National Championships) include the majority of longer distance rides and are held between January and Easter.

“Riders are likely to ride more competitively and thus faster, at these events, and the higher elimination rates from these longer distance rides are more in line with those found in the international literature.”

Longer distance rides also include a proportion of the event ridden in the dark, most commonly in the earlier stages of the ride, making it more difficult to judge the terrain and thereby increasing the risk of a horse becoming lame.

Risk of elimination due to metabolic reasons increased with increasing horse age, similar to previous studies.

These restrictions are likely to encourage more conservative racing strategies in younger horses and thus a lower risk of elimination for these horses, they said.

In conclusion, the study team said endurance competitions in New Zealand are attended by a diverse population of horses and riders, the majority of which participate in shorter distance rides, with slow speeds and few starts during the season.

“This reflects the amateur profile of New Zealand competitors and their use of shorter distance rides as conditioning rides for the more competitive, longer distance rides later in the season.

“The number of open level (and longer distance) competitors decreased over the study period, whilst the number of lower level competitors increased, reflecting the changing profile of the sport in New Zealand.”

“This profile provides a basis for the adaptation of international regulations specific to endurance rides in New Zealand and confirms that endurance rides ridden at slower speeds over technically challenging terrain have fewer eliminations and better horse welfare.”