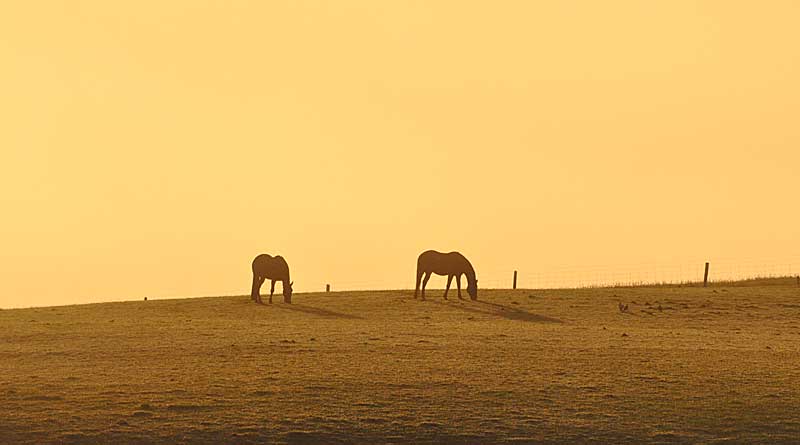 A newly identified equine papillomavirus has been described by Australian researchers.

The virus was believed to be responsible for a 1cm wide wart-like lesion on the penis of a 12-year-old thoroughbred stallion in Australia.

A vet was called to check the stallion when he appeared to suffer pain on ejaculation.

Its genome was mapped, and was found to be distinct enough to represent a new viral species within the genus Dyoiotapapillomavirus.

It is the 13th identified species of papillomavirus known to affect horses and donkeys.

University of Sydney researcher Ci-Xiu Li and his colleagues, writing in the journal Viruses, said more detailed studies of the virus’s association with disease were warranted.

The identification of the latest equine papillomavirus came about as a result of a stallion’s trouble during the 2018 southern hemisphere serving season.

The stallion was having difficulty covering mares, which was most evident with apparent pain on ejaculation. The 1cm wide wart-like lesion on the tip of his penis looked like a genital papillomavirus lesion.

Closer investigation ruled out cancer as a cause.

Urine and semen samples were collected for investigation, which led to the identification of the novel papillomavirus.

The study team said that as no biopsy samples could be taken from the horse, it was not possible to confidently determine its significance in relation to the stallion’s problem.

Nevertheless, the novel virus was extracted from semen samples that were collected when a wart-like lesion was visible on the tip of the penis. The horse’s issues, they said, were compatible with a disease syndrome caused by a papillomavirus.

In addition, the papillomavirus identified was very similar to another equine papillomavirus which has been linked to equine squamous cell carcinoma, compatible with the idea that the newly identified virus might potentially be associated with papillomavirus-related malignancies in horses.

The researchers said their analysis identified no other likely microbial pathogen in any of the samples analyzed from the stallion.

The study team said the findings highlight the broad diversity of these viruses in horses.

“Further investigation of the clinical impact of this virus on horse health is clearly merited.”