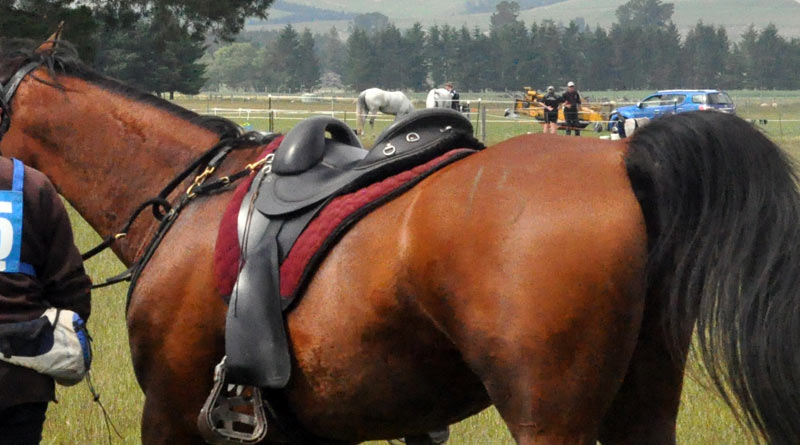 While accounts of the day varied, tribunal member Henrik Arle was satisfied that the FEI had proven the allegation against the pair – that of evading, refusing or failing to submit to sample collection.

He suspended them both and fined each of them 3000 Swiss francs. Each man was ordered to contribute 1500 francs towards the cost of the judicial procedure.

The horse had been selected for sampling at the event, none of which were ultimately taken.

Al Habibi denied that any breach occurred, saying he knew the rules. He said he did not refuse the doping test.

He explained he had four horses in competition, and he was on the race track with other horses. He had new grooms and they did not understand the stewards’ instructions.

Neither he, nor the rider, intentionally refused the test, he submitted.

The rider did not submit any explanation, but Al Habibi explained on his behalf that Al Kuwari had to leave the event in order to attend an exam.

The FEI submitted several reports from the event.

In essence, the horse was randomly selected for testing. However, the trainer pulled the horse away, verbally declared his refusal for the medication control protocol, and refused to sign any papers.

The president of the ground jury had subsequently tried to find the trainer and had tried unsuccessfully to call him several times. However, the trainer and horse had already left the venue.

The FEI said it believed there was enough evidence to show that the trainer avoided the sample collection on purpose, given his described actions.

It said any such refusal was a serious offence and the FEI had a zero-tolerance for such behaviour from a registered FEI athlete and trainer.

The rider in such cases had a personal duty to submit his or her horse for sample collection when required. Although the rider can delegate, he or she remained responsible for the horse throughout the sample collection process.

In a further submission, Al Habibi further stated that he was never with the horse, he was not allowed to go with the horse to the vet area or clinic, and that he could not have taken the horse for sampling as he had problems with his leg, which other trainers could confirm.

Finally, he said he had had no motivation to administer any prohibited substances to the horse for the event, which offered no prize money.

Arle, in his decision, noted the various reports from event officials who all identified the trainer as having been the person who pulled the horse away, verbally declared his refusal for the medication control protocol, and refused to sign any papers.

He ruled that the FEI had established the rule breach.

In imposing sanctions, Arle said the fact that Al Habibi has already been suspended for a controlled medication rule violation, as well as having been the registered trainer for two other horses who tested positive for controlled medication substances since 2015, was an aggravating circumstance to be taken into account.

He suspended and fined the pair.