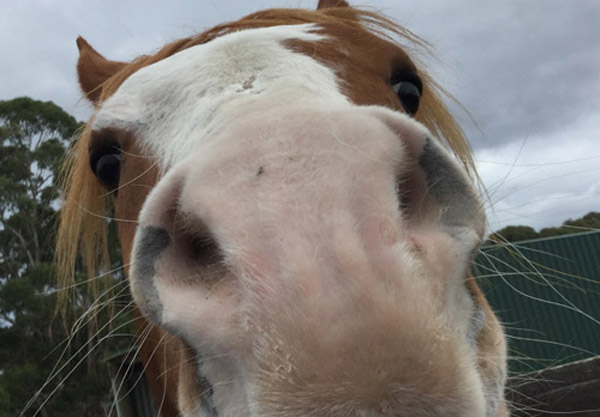 Researchers have confirmed the first case of Getah virus infection in a horse in China.

Samples taken when the horse suddenly developed a fever confirmed the presence of the mosquito-borne virus, which was first isolated in 1955 in Malaysia.

There is no effective antiviral treatment for horses with the infection. The 17-year-old warmblood, who lives at an equestrian center in Guangdong Province with 14 others horses, was prescribed rest.

Its fever began to gradually subside after the fourth day and its temperature was back to normal after 12 days.

Throughout the illness, the horse showed no nasal discharge. No depression or loss of appetite was observed.

Tests of a blood sample collected from the animal 13 days after it got sick revealed no remaining signs of the virus.

None of the other horses at the equestrian center got sick, and blood samples from all 14 animals tested negative for the virus.

Gang Lu and his colleagues, writing in the journal Frontiers in Microbiology, said the presence of the virus was confirmed through molecular-based testing, which was also undertaken for other potential viral causes of the horse’s illness.

It was, they said, the first unequivocal report of Getah virus infection in a horse in China.

The study team dubbed the strain they analyzed as GZ201808, which was very similar to a strain detected in pigs in China in 2017.

The strain clustered in an independent branch distant from other horse-derived GETV strains identified overseas.

They said the virus posed a potential threat to the racehorse industry in China, and urged the development of a vaccine.

Getah virus is capable of infecting humans and many other mammals.

Cases in horses have been reported in Japan and India. The virus has been responsible for six major outbreaks among racehorses, causing huge economic losses.

In China, Getah virus was first identified in Hainan Province in southern China in 1964.

The virus has since been identified in mosquitoes, pigs, foxes, and cattle, with a wide geographical distribution across the country. However, it has not been detected in horses until now.

Considering the high detection frequency of the virus recently in mosquitoes and domestic animals in China, the study team analyzed 320 archived horse serum samples collected between 2014 and 2018. They found no evidence of the virus.