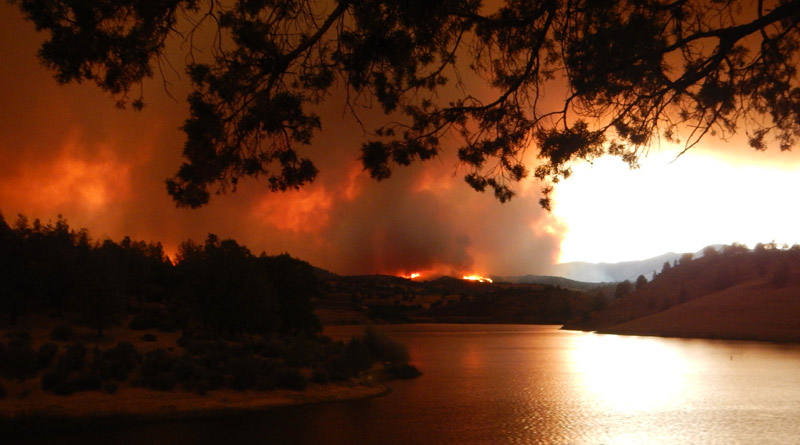 I think we all realize that given abundant atmospheric oxygen, when there is more fuel in a fire, it yields more heat; this is virtually a constant in combustion chemistry.

In California we have two million fewer deer than we had just five decades ago. Oregon is down about 150,000 deer in the past 10 years. (numbers from CDFW and ODFW).

A recent census of lions in Oregon by ODFW found more than 7000 lions present on the landscape. Wildlife scientists and managers believe that about 2500 to 2800 lions should be on the landscape. The current rate of depredation due to lions in Oregon amounts to about 60% of the total herd annually. This is unnatural and results from poor wildlife policy and management.

This unfortunate situation will require at least two decades of work to repair, starting with a very difficult process of reducing mountain lion populations to nominal ecologically sensible levels. Once lion populations are brought into normal levels, it will likely require another decade for cervid (deer) populations to rebound to nominal levels across the landscape, where they can resume their evolved roles in controlling ground fuels.

Last year (2018) wildfires burned 8.5 million acres, about 500,000 acres of which was in Oregon. Our forests require an exigent solution.

Relocating wild horses from BLM and US Forest Service (USFS) corrals into selected remote wilderness areas provides immediate native herbivory for grass and brush fuel reduction on the most at-risk remote wilderness areas where US timber, wildlife, habitat, and watersheds must be protected via grass and brush fuels reductions. This methodology is cash-positive and saves the BLM nearly $100 million in annual costs related to warehousing wild horses in off-range holding areas, sometimes called ‘sanctuaries’ (USFS would also enjoy some savings by relocating its 8000 wild horses).

Added to these savings is the reduction of hundreds of billions of dollars in both insured and uninsured annual losses due to wildfires, not to mention secondary socioeconomic losses and untold healthcare costs (likely also in the billions/yr).

The now missing two million deer in California had been consuming more than 2.4 million tons of annual grass and brush (based upon consumption of 7-8 lb/day/deer). The thermal dynamics (energy release) related to the combustion of 2 million+ tons of dry grass is impressive and on-scale with nuclear detonations. The amounts of toxic gases and greenhouse gases is in the realm of hundreds of millions of tons annually. In Oregon alone during the 2017 wildfire season, ODEQ estimated that 3.3-million tons of carbon monoxide gas (CO) was released into the atmosphere, and this gas is a minor component (percentage wise) of all the hydrocarbon gases that are produced and released into the atmosphere during these new highly fueled catastrophically hot wildfires.

Two research papers — Collapse of the World’s Large Herbivores, and Fire Effect on Soil — support the fact that prodigious grass and brush fuels resulting from fewer herbivores results in hotter wildfires and damage to soils.

The best science shows that restoring the herbivory results in cooler wildfires which can benefit forest and grassland ecosystems as well as soils. And other science and empirical evidence corroborates the hypothesis that relocating wild horses into selected remote wilderness areas (where apex predator populations are intact) and away from livestock production areas is both cost-effective and ecologically prudent.

The second study, Fire Effect on Soil, advises that soil macronutrients are the elements considered essential for plant growth and nutrition needed in relatively large quantities. They are most likely to impact site productivity and vegetation dynamics:

“Forest fires usually decrease the total nutrient pool on a site (the total amount of nutrients present) through some combination of oxidation, volatilization, ash transport, leaching, and erosion. For example, volatilization and oxidation in a low-intensity slash fire reduced fuel nutrient pools in understory and forest floor.

“Although the relationship between fire and soil nutrients is complex because of the interactions among many factors, fire intensity is usually the most critical factor affecting post-fire nutrient dynamics, with greater nutrient losses occurring with higher fire intensity.

“High-intensity fires can also change the physical characteristics of the soil making it more susceptible to nutrient loss through erosion (McColl an Grigal 1977).”

Wild horses are single-stomached post-gastric digesters, so they pass valuable nutrients and undigested seeds and fungal spores (good for native species flora and mushrooms in wilderness areas) onto the landscape via their droppings. This is part of their naturally evolved mutualism with the ecosystems where they flourished in North American for more than 50 million years. Unlike cervids (deer, elk, etc.) wild horses are resistant to chronic wasting disease (CWD) that is fatal in cervids. Wild horses fire grazing in remote wilderness keep carbon compounds sequestered in soils, which should be a really big deal for those folks concerned about Climate Change resulting from greenhouse gases.

As we examine the photo below (taken on May 2019 on a landscape frequented by wild horses and devoid of livestock), seeing the vibrant grasses and plants springing forth from these wild horse droppings, it’s clear the foregoing statement is confirmed empirically. 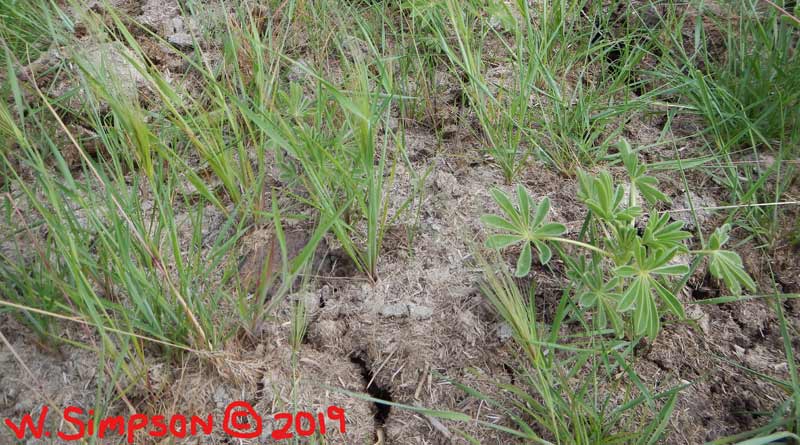 One thought on “Wildfires, forests and soils: Balancing act in restoring the ecosystem”