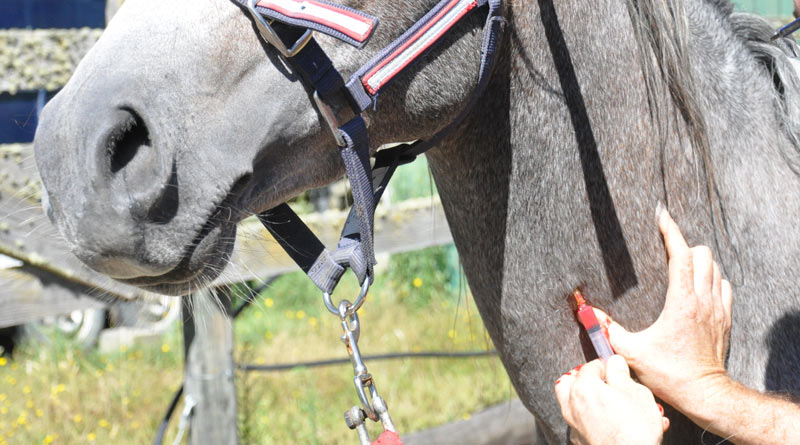 Anecdotal reports suggest that some racehorses are being given micro-doses of recombinant human erythropoietin to improve performance, according to the equine medical director for the Kentucky Horse Racing Commission.

The micro-dosing regime is designed to avoid detection of the drug, which stimulates the production of oxygen-carrying red blood cells. Abuse of the substance, known as blood doping, allows more oxygen to be carried to the muscles.

Dr Mary Scollay, in a letter to the Kentucky Horse Racing Commission, said blood doping via use of small doses of recombinant human erythropoietin (rHuEPO) is occurring and evading detection.

The current screening method for rHuEPO and its re-engineered form Darbepoetin are limited, she said.

“The concentrations of rHuEPO and/or Darbepoetin that result from micro-dosing may be lower than the sensitivity of the screening method.

She sought backing from the commission for a planned two-year study that aimed to develop an affordable test to detect horses given micro-doses of erythropoietin.

“This proposal intends to apply RNA transcription sequencing to equine blood samples to determine if the approach used in humans can be applied to the equine.

“While not direct evidence of rHuEPO or Darbepoetin administration, the signatures, when identified, can trigger confirmatory analysis and/or further investigation as the signature would be expected to be similarly affected by EPO analogs.”

The researchers propose to give rHuEPO to a six-horse test group and saline to a four-horse control group.

Blood samples will be collected throughout the seven-week administration period and for three weeks after the final treatment.

The top ten differentially expressed transcripts will be validated and the applicability of the method will be tested by analysis of samples from another set of horses administered micro-doses of rHuEPO.

This proposal was originally submitted to the Racing Medication and Testing Consortium, which asked the Kentucky Equine Drug Research Council (KEDRC) to consider partnering in the funding of the work.

The KEDRC met on February 19 and voted in support of providing just over $146,000 in funding for the research project. The commission backed that funding decision.