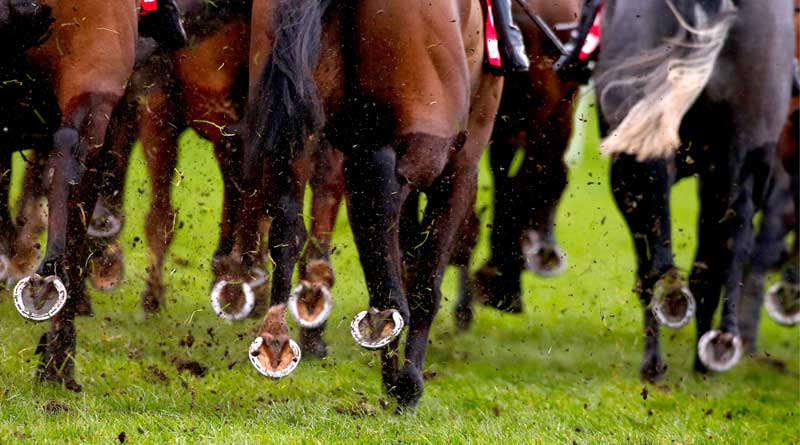 Britain will resume racing on Wednesday, with industry authorities saying that strict biosecurity controls will be in place.

The British Horseracing Authority (BHA) said the return to racing in a controlled, risk-managed manner was unanimously supported by the veterinary committee.

The BHA’s chief regulatory officer, Brant Dunshea, said racing authorities had gathered as much information as quickly as possible since the outbreak in order to properly understand the risks of the virus spreading to more horses.

“It has also been our intention to ensure that we avoid an issue that could result in a long-term disruption to racing with the risk of many of our major events being unduly impacted.

“After analysis of thousands of samples, and no further positive tests on Monday, we still only have two confirmed sites of infection. We have put robust containment measures in place around both.

“From the testing and analysis conducted, the disease appears to be contained at present. The BHA veterinary committee believe that the swift controls on movement that were put in place have clearly helped to restrict the spread of this virus.”

Dunshea said there had been significant logistical issues associated with testing thousands of samples in such a short space of time.

“Fortunately, owing to the tireless efforts of the Animal Health Trust, trainers and their local vets, and BHA staff, the vast majority of yards which had been placed on hold will be in a position to resume racing.

“Clearly,” he continued, “there is some risk associated with returning to racing. This risk has been assessed and, based on the evidence – and ensuring biosecurity measures are in place – the level of risk is viewed as acceptable.”

Two scheduled jumps fixtures will go ahead at Musselburgh and Plumpton on Wednesday, alongside the all-weather fixtures at Southwell and Kempton.

As part of the controlled return, the BHA has developed a risk framework which allows it to categorise individual trainers by the level of risk to which they have been exposed.

“The ability of runners to return to racing from those yards will depend on the risk categories the yards are placed in.”

The BHA says, as an interim measure, no entries or declarations will be accepted from horses that have not been vaccinated in the previous six months.

BHA director of equine health and welfare David Sykes said the BHA and the veterinary committee agreed that, on balance, the level of risk was acceptable for a return to racing.

“We have developed a risk model, which the veterinary committee supports, in order to assist the return to racing.

“We will observe closely those horses who are taken to the racecourse and will intervene as a precaution to prevent a horse running or accessing a racecourse if we believe it might put other horses at risk of infection.

“The veterinary committee is of the view that an unprecedented amount of this disease has been identified in Europe. This is not a typical endemic period and it was essential that precautions be taken to protect the horse population.”

It said it continued to monitor the situation and assess the risk to health of British horses whilst in regular consultation with specialist vets and experts in equine influenza and epidemiology with experience in managing previous outbreaks.

“Their assessment remains that it is not necessary to cancel other equine events subject to local disease status and local veterinary advice,” it said in a statement.

“The BEF continues to urge horse owners to be vigilant for symptoms of equine flu – coughing, nasal discharge, loss of appetite, lethargy – and call their vet if they think their horses are showing signs.

“We strongly recommend that owners ensure that their vaccinations are up to date – if it has been longer than six months since the last vaccination, we recommend you discuss a booster with your veterinary surgeon.

“As has been demonstrated in this outbreak, vaccinations are vital in tackling the spread of the disease. Therefore we recommend strongly that unvaccinated horses do not mix with other horses.

“Our advice remains that you must not take your horse to an event or competition if horses at your yard are unwell.”