The board of the biggest Endurance organisation in the United States has voted to cut formal ties with the United States Equestrian Federation (USEF) in a stand against extreme flat-track racing within the discipline.

Events in recent days have been fueled by ongoing frustration over the issues around flat-track racing within the discipline, in particular the FEI’s Group 7 cluster, which includes the United Arab Emirates.

Hope was expressed that communication between the American Endurance Ride Conference (AERC) and the USEF will be maintained in coming months in the hopes of reconciliation.

The AERC’s top officials wrote to the USEF chief executive Bill Moroney last September urging action and asking the US federation to immediately withdraw all funding to FEI endurance events outside of the US for two years, or until significant changes are made within the FEI.

It urged that funding instead be directed toward US national events.

It also wanted the USEF to convey its concerns over the “dangerous disconnect” between the extreme flat-track racing over extended distances and the more traditional version of the discipline.

The AERC described events at the endurance ride during the World Equestrian Games in North Carolina last year as chaotic and disturbing. The race was shortened after some competitors were misdirected on the first loop, and later cancelled because of heat and humidity.

The AERC said the WEG contest had clearly brought into focus the dangers of flat track racing for extended distances being attempted in the framework of traditional endurance.

The decision to disaffiliate with the USEF was made by the AERC board during its conference call on January 14. The affiliation agreement will end on December 1.

The decision followed what the AERC described in a statement as months of comments and deliberation.

Continuing formal ties through the 2019 ride season will allow previously co-sanctioned rides to be held and allow for a transition period before the 2020 ride season.

It will also allow a transition period for AERC members who ride internationally to develop a continuation plan for the 2020 competitive season. 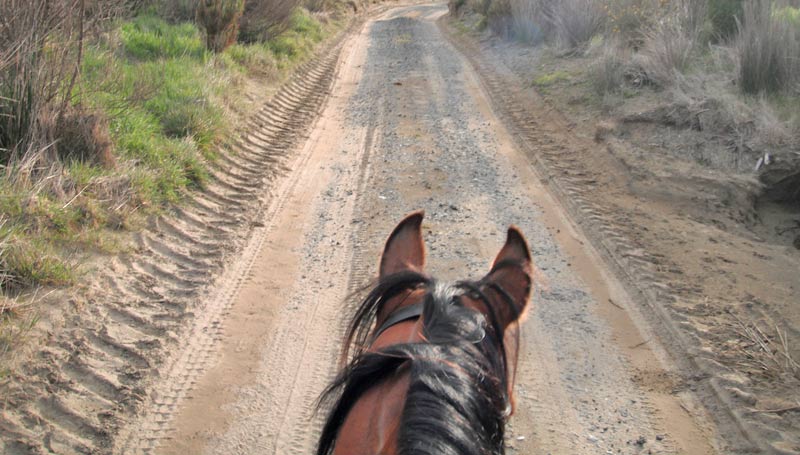 Meeting notes on the AERC website said it was the hope of the AERC that if the USEF had immediately withdrawn all funding from FEI endurance outside of the US, the world governing body would have recognized the seriousness of the situation without greatly impacting AERC members who aspire to participate at the international level of endurance riding within the US.

The second request in the letter was that the USEF would take the AERC’s concerns, petition, and suggestion of a separation from extreme flat track endurance racing to the FEI.

An email had been received in a timely manner from Moroney stating that he had read the letter but was out of the town on business and would respond once he returned.

Moroney subsequently indicated he was going to wait for the report from the WEG investigation into the Endurance contest to see what action the FEI was going to take before making any decisions. He would then like to have some “town hall” meetings to discuss endurance and how to move forward within USEF.

“While the executive committee appreciates his willingness to discuss the situation farther we agreed that the response was inadequate in that the issues were not going to be addressed in the timely fashion as we have requested,” the notes said.

It was the view that this response was inadequate, giving rise to the motion to end the affiliate agreement until the USEF was willing to support AERC’s core values with action.

Otherwise, the AERC hopes its can work with the USEF towards an agreeable separation where it an communicate its horse welfare concerns and still work together on issues such as the AERC Drug Testing program and the implantation of the Safe Sport Act.

The AERC is a nonprofit organization founded in 1972. It has more than 4900 members. It was affiliated with USEF and its predecessor, the American Horse Show Association, since endurance riding became an international sport.

The FEI has commissioned a report into the circumstances surrounding the WEG Endurance ride. The FEI Board has also appointed an Endurance Temporary Committee, looking at initiatives and rule changes to tidy up undesirable elements of the disciplines that have arisen from fast flat-track endurance racing.