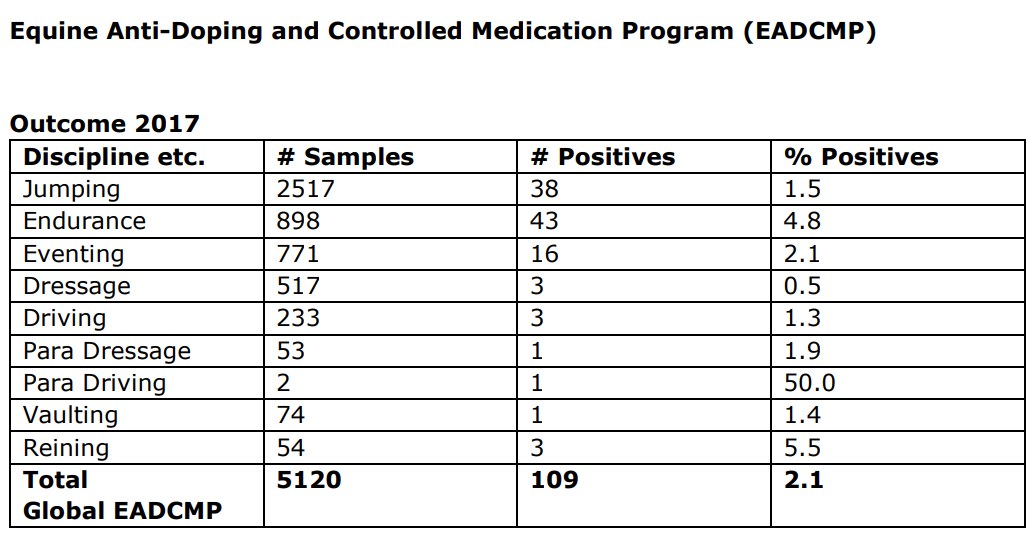 Endurance had the worst record of drug infractions among the major disciplines during 2017, figures show.

Drug-testing figures for the various disciplines are contained in the one-page Clean Sport Report, released ahead of the FEI’s annual General Assembly in Bahrain on November 20.

Jumping had the most number of samples taken for analysis during the year, at 2517, with 38 positives recorded, which represents 1.5% of all jumping tests.

Endurance had 898 samples taken, which returned 43 positive tests, or 4.8% of all tests within the discipline.

Eventing had 771 samples taken, for 16 positive tests, which represents 2.1% of all tests.

Dressage was the best among the main disciplines, with 517 samples returning just three positive tests, or 0.5% of all tests.

Para driving had just two samples taken during the year, one of which proved positive.

In all, 5120 samples were taken across all disciplines, delivering 109 positive tests for an overall rate of 2.1%.