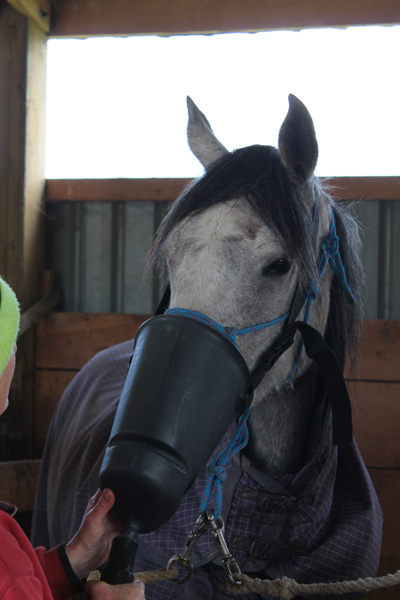 The term “equine asthma” has been given the thumbs up by a team of scientists after reviewing a raft of evidence.

They said a growing awareness of various clinical and pathological features of lower airway disease in horses led to the evolution of the various terms.

“However, this has become unsustainable, resulting in confusion within both the veterinary and lay communities,” the review team noted in the Journal of Veterinary International Medicine.

“It has recently been proposed that chronic non‐infectious inflammatory lower airway disease in horses be reassigned the designation ‘equine asthma’.”

However, as highlighted during the 6th World Equine Airway Symposium in 2017, the biological appropriateness of applying the term needed to be considered before its widespread adoption in veterinary writing, given its current use in human medicine.

A clear and obvious benefit of the change would be increasing comprehensibility among the horse‐owning public and the veterinary profession. However, the validity and limitations of the proposed change had to be considered and described.

Before the proposed use of “equine asthma”, RAO/Heaves, and IAD had been widely used and accepted because of their accurate descriptions of the disease processes involved.

However, they may not necessarily be two separate conditions. It was, they said, possible that RAO was simply a more severe form.

“However, different names lead clinicians to subsequently consider them to be distinct and both have individually been the subject of expert panels’ workshops and publications.”

The review team cited 118 papers in their review, during which, among other things, they compared and contrasted features of equine asthma with the most common human asthma forms.

There was, they found, the need to preserve the spectrum of diseases which fall within the proposed new “equine asthma” classification.

They continued: “With the development of new biologic treatments in humans and the application of more targeted therapeutic approaches in the horse, it would appear appropriate to further investigate the allergic and non‐allergic phenotypes of equine asthma.”

The review, published under a Creative Commons License, can be read here.