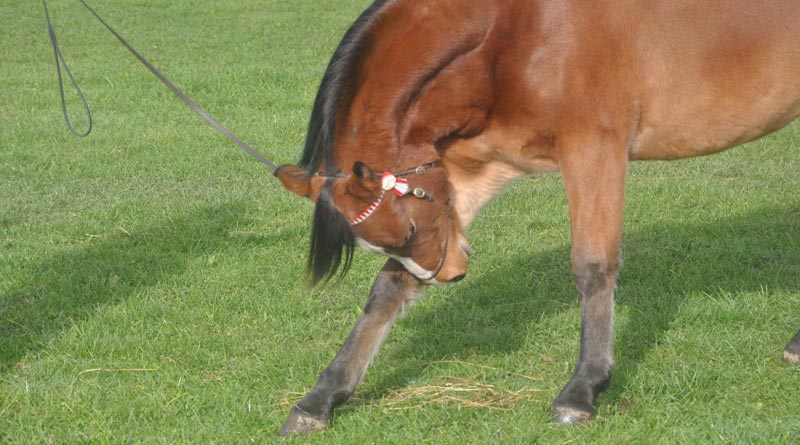 A Canadian study to examine the responses of therapy horses to mentally traumatized humans has found that horses respond more to physical cues from people than emotional cues.

The study Behavioural and physiological responses of therapy horses to mentally traumatized humans examined the effects of equine assisted therapy (EAT) on the horse.

Subjects clinically diagnosed and under care of a psychotherapist for Post-Traumatic Stress Disorder (PTSD) were matched physically to four neurotypical control subjects and individually participated in sessions with each of 17 therapy horses loose in a round pen. The study was conducted at the Department of Animal Biosciences at the University of Guelph.

A professional acting coach instructed the control humans in replicating the physical movements of their paired PTSD individual. Both horses and humans were equipped with a heart rate monitor recording their heart rate every 5 seconds. Saliva samples were collected from each horse 30 min before and 30 min after each trial to analyze cortisol concentrations.

Each trial consisted of 5 minutes of baseline observation of the horse alone in the round pen after which the human entered the round pen for 2 minutes, followed by an additional 5 minutes of the horse alone. Behavioural observations indicative of stress in the horse (gait, head height, ear orientation, body orientation, distance from the human, latency of approach to the human, vocalizations, and chewing) were retrospectively collected from video recordings of each trial.

Results indicate that horses respond more to physical cues from the human than emotional cues. This knowledge is important in tailoring therapy programs and justifying horse responses when interacting with a patient in a therapy setting.

“This is important in light of best practices attuned to equine welfare – we need to ensure that we are employing horses responsibly, not only reducing or eliminating poor welfare but also providing opportunity for positive welfare.”

The study was funded by the Horses and Humans Research Foundation and has been published in Applied Animal Behaviour Science.