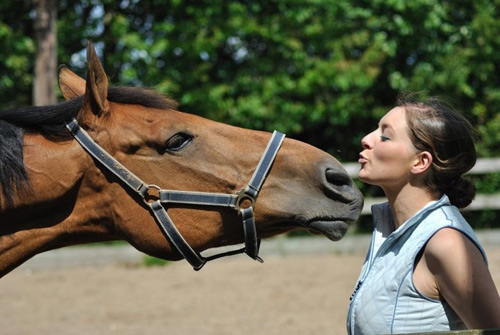 It may one day be possible to map and score the impact that various management, training and competition activities have on horse welfare, according to researchers.

Owners and professionals interact with horses in many different ways, but to what degree do these various interventions affect welfare?

An international panel of 16 horse welfare professionals gathered to consider this question, and have described their findings in a paper published last week in the journal Animals.

“It is self-evident,” they said, “that all elective processes and interventions are undertaken for a reason.

“However, if we are to justify a procedure, we must establish that the reason is both good and sufficient. In some cases, we may question whether the procedure is even necessary.”

They assessed the perceived harm, if any, resulting from 116 interventions that are commonly applied to horses.

They individually assessed the impact of these interventions, then gathered for a four-day workshop to discuss and finalize their rankings. They assessed each intervention in relation to nutrition, behaviour, mental impact, adverse environments, and health – collectively known as the five domains.

Each intervention was scored on a scale of 1–10, with higher scores indicating a greater adverse impact.

For weaning, abrupt individual weaning was scored as having the greatest adverse impact. The lowest scores were for natural weaning.

For diet, feeding 100% low-energy concentrate was scored as having the greatest adverse impact. “This was not because it was felt to have an adverse effect on nutrition, but rather because of its adverse effect on behaviour,” the researchers said. The lowest scores were for cut forage or varied pasture with choice of grazing and browsing.

Turning to ill-health that required medical intervention, long-term curative treatments were seen as having the greatest adverse impact, whereas short-term treatment was considered less harmful. The lowest ranked intervention assessed during the workshop was long-term palliative treatment.

For elective procedures, castration without veterinary supervision scored highest, with hoof branding at the other end of the scale.

The breeding assessment was divided into male and female categories. 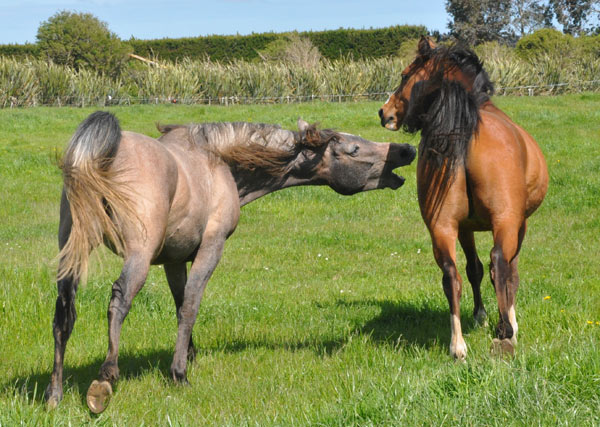 For mares, in-hand mating was identified as having the greatest impact in pre-workshop scoring, whilst during the workshop, wet nursing during transition between foals was considered to have a far greater adverse impact.

For stallions, the experiences of teaser males and stallion in-hand matings were both rated most highly within this context. During the workshop, the experiences of teaser males were ranked as the greatest adverse impact within this category, with scores that were higher than during the pre-workshop assessment. Pasture mating was considered to have the least harmful impact.

The researchers said the aim of the project was to assess the potential harmful impacts of common interventions on horses.

“In future,” they said, “the assumptions presented here may lead to a scoring system that allows horse carers to map the impacts of various management, training, and competition activities on horse welfare.

“Furthermore, the basis of this model can be extended to other domestic and captive species (e.g., working elephants and camels) in order to provide a unique and perhaps more accurate and holistic assessment of welfare than previous approaches.”

The panelists came from Australia, the United Kingdom, Ireland, Canada, and the United States.