The judgment calls of Endurance riders over their speed, especially in the early loops, are major factors in their elimination or failure to finish 120km races, the findings of a new study show.

British researchers David Marlin and Jane Williams said race-pace strategies had been extensively studied in running, cycling and swimming. However, it appeared to have been largely ignored in equestrian sport, despite its potential to optimise performance.

The pair analysed publicly available data for electronically timed FEI 120km CEI** Endurance races that took place in Europe and the Middle East in 2016 and 2017, in what is believed to be the first peer-reviewed published study on race-pace strategy within the discipline.

They assessed the competition records for 389 horses across 24 races, each consisting of four loops.

The researchers found that riders who adopted a more variable and aggressive pacing strategy were less likely to finish, with their mounts more likely to suffer gait-related or metabolic issues.

Riders who adopted a more consistent pacing strategy throughout the race were more likely to complete.

The pair, writing in the journal Comparative Exercise Physiology, found that 56% of the horses successfully completed the races analysed, with the other 44% failing to finish.

Seventy-four percent of the horses that did not finish were withdrawn for gait-related reasons.

“Across the duration of the races, horses that successfully finished recorded 7% slower average speeds compared to those that did not finish,” the pair reported.

Loop speeds decreased sequentially throughout races from loops 1 to 3 for all horses but, crucially, the rate of decrease was greater in horses that did not complete.

Horses withdrawn for metabolic reasons at the finish recorded a significant increase in loop speed from the third loop to the last loop, with their speed increasing by an average of 7% on the final loop.

Horses that failed to finish races completed loop 1 at a faster speed than those that finished and subsequently had a greater reduction in speed across the remaining loops. In contrast, horses that finished successfully had a slower loop-1 speed and completed subsequent loops at a higher percentage of their loop 1 speed.

The pair said their findings showed that race-pace strategy in equine endurance racing may be a tool to reduce gait and metabolic eliminations and increase the chance of completion.

Marlin and Williams said Endurance racing had undergone rapid growth in the past 20 years, from a minor, predominantly amateur sport to the second-largest FEI discipline after showjumping.

“The sport has seen an increasing level of professional trainers and riders and a dramatic increase in speed at all distances, including the championship distance of 160km,” they said, while also noting the  growing popularity of 120km contests.

Between 1986 and 2002, winning speeds at World Equestrian Games or Endurance World Championships over a one-day 160km distance ranged from 14.8kmh to 17.8kmh.

“However, at the 2004 World Endurance Championships held in Dubai, the average speed of the winning horse was 22.7kmh and, four years later, on the 12th January 2008, a world record of 24.7kmh was set; again during a race in the United Arab Emirates.”

They said that in many endurance sports, such as marathon running, cycling and long-distance swimming, the contribution of race strategy or pacing to success had been clearly identified and extensively studied, yet in equestrian sport it had received little attention. 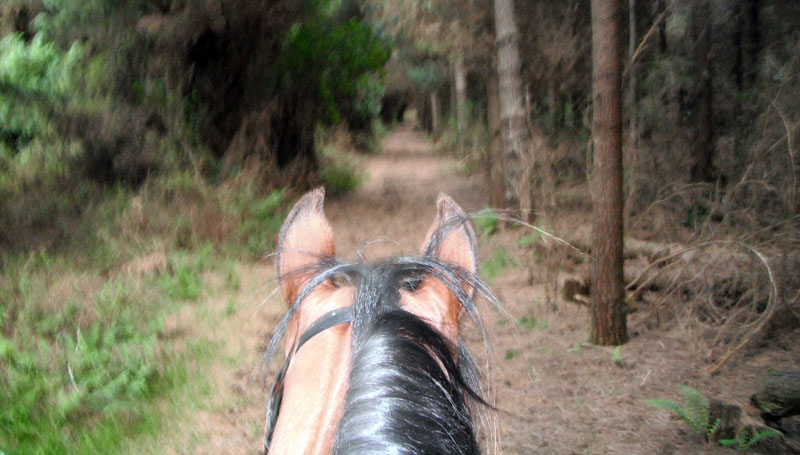 “It would be anticipated that pacing strategy would have a marked impact on success in equine endurance racing given the length of the races and the potential for different tactics.”

While horses withdrawn for gait-related reasons recorded average faster speeds for loop 1 compared to horses that completed the race, the strategic approach for the second loop also appeared to also be crucial in terms of a horse’s likelihood of withdrawal for metabolic reasons.

Horses withdrawn at the finish completed loop 2 with a 21% increase on loop 1 speed compared to horses who left the race after the second loop.

“Interestingly, the average loop 1 speed of horses eliminated at the end of the second loop was not significantly higher than horses leaving the race at the third and final veterinary checks. This could suggest a lack of fitness may be related to early metabolic withdrawals.”

Discussing their findings, they said the decisions riders made on the speed to adopt for each loop would be expected to take into account many factors, including horse fitness, ability, temperament, soundness, course going, terrain, the weather, the number of competitors, stage of the race, and their ultimate goal (for example, a completion versus as a good placing).

The use of inappropriate and highly variable pacing strategies have been associated with poor performance in human endurance running, they noted.

“Interestingly riders who adopted a more consistent pacing strategy were less likely to be eliminated for metabolic or lameness related problems.

“In particular, the speed selected to complete loop 1 of races was influential to non-completion. Faster loop-1 speeds was a significant risk factor for subsequent gait-related elimination. Therefore, riders who selected unsustainable initial speeds on loop 1 were more likely to not complete races. 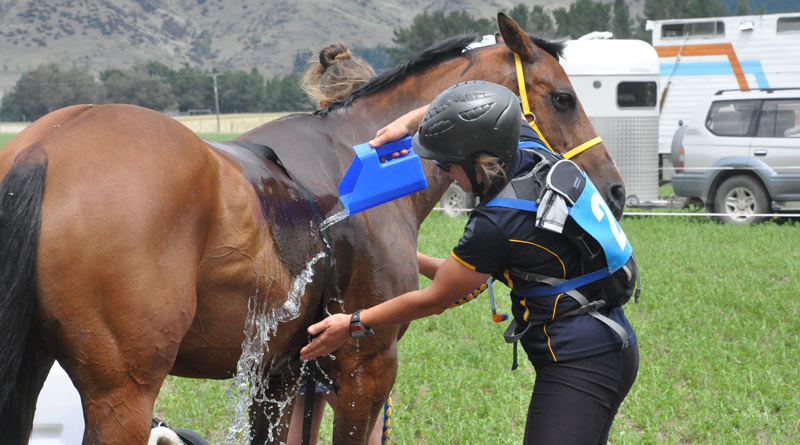 The authors suggested that GPS could be used by riders to accurately identify and monitor speed during races to help them employ consistent pacing strategies. This could potentially improve competition success and optimise horse welfare by increasing completion rates.

“Further studies evaluating the use of different pacing strategies on endurance horse performance during races and within training are warranted to identify the optimal approach to facilitate completion and protect equine welfare, as well as enhancing competitive success,” they said.

A fast-paced initial loop also had the potential to aggravate subclinical musculoskeletal issues and may partially explain the high level of gait-related eliminations reported across the CEI** races surveyed, they said.

“Racing at faster speeds over variable terrain causing increased concussion in the feet could also contribute to the high incidence of gait-related eliminations reported.”

The main reasons for a compromised metabolic status of an exercising endurance horse have been reported to be dehydration or tying up.

In the current study, the pacing strategy applied across loop 1 and, specifically, the higher percentage of loop 1 speed adopted during loop 2 completion compared to horses that finished certainly influenced metabolic eliminations.

“These horses then recorded a relatively slower final loop suggesting development of fatigue as a result of the pacing strategy used by their riders.”

They said more work was needed to understand the impact of different pacing strategies within the discipline. A more extensive study including a larger sample, across a broader range of competitive levels, was required to confirm their findings, they said.

David Marlin is an independent scientific consultant based in Cambridge, England. Jane Williams is an epidemiologist with the Centre for Performance in Equestrian Sports, in Hartpury, Gloucester.