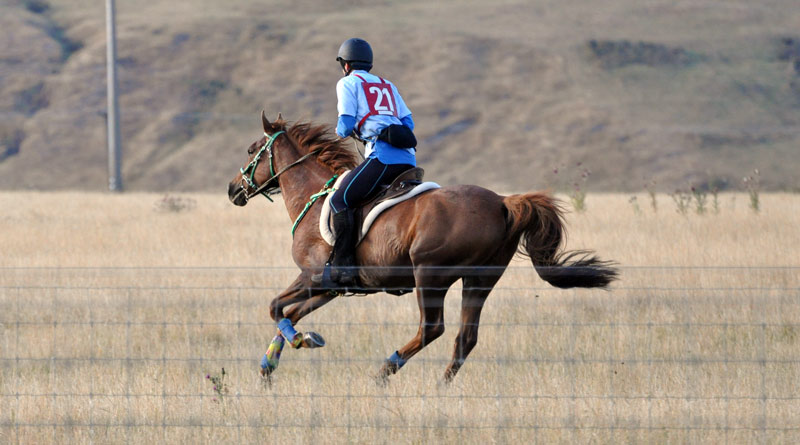 The FEI’s Endurance Technical Committee has outlined a series of changes around rider weights that will be considered by delegates at the 2017 General Assembly in Montevideo, Uruguay, on November 21.

But does it make sense to have a 75kg minimum weight in endurance?

Minimum weight carriage was an important feature of both showjumping and the speed and endurance phase of eventing competitions in the early days of the sports. For a long time both disciplines used a weight of 165lb (75kg), which seems to have its origins in the average weight of a Cavalry soldier with kit.

The minimum weight requirement was first dropped from show-jumping and in eventing was reduced from 75kg to 70kg for the 1996 Atlanta Olympic Games and then abolished for eventing in 1998.

As of January 1, 2016, there are a variety of FEI endurance rules relating to the minimum weight (tack + rider but excluding bridle):

Article 812 – Weights
812.1 At all senior CEI4* Championship, the minimum riding weight for Athletes must be 75kg to include all riding equipment.
812.2 At senior CEI3* the minimum riding weight is 75kg – details to be clearly shown on the approved ride schedule.
812.3 At CEI 1* and 2* alternative weight divisions or gender divisions may be allowed, subject to prior approval by the FEI, and must be clearly specified in the FEI schedule.
812.4 There shall be no minimum weight in Young Rider and/or Junior Competitions.

The American Endurance Ride Conference (AERC) has a different system with classes according to the weight of the rider and their tack (heavyweight > 211lbs (100kg); middleweight 186-210lbs (86-100kg), lightweight 161-185lbs (73-86kg) and featherweight < 160lbs (73kg). This system relies to some extent on the premise that riders will select an appropriate size of horse, ie, heavier riders will select larger horses to compete on. Of course, smaller riders could choose to compete on smaller horses but they could also choose to compete on large horses, which would give them a distinct advantage.

Any additional weight that a horse carries in the form of a rider with tack will increase the amount of energy the horse must use. A good rider may add no more disadvantage than this but a rider who has poor balance may further increase the amount of energy the horse uses by being out of “synchrony” with their horse’s movements. They may also increase the risk of injury, particularly soft tissue injury. The other issue is that the joints, bones, ligaments and tendons of a 500kg horse are designed to support just that with a small safety margin. The greater the added weight the greater the risk of injury to the supporting structures.

How much weight a horse can carry is actually quite a complex equation to solve. Body condition, breed, conformation, amount of bone and many other factors may need to be considered. So a thin horse, with poor muscle definition and fine legs will likely not be able to cope as well with 75kg compared with a horse of similar size but which is well covered horse and has more bone. However, for the purposes of this discussion I will stick to weight as a reasonable indicator of “carrying” ability. 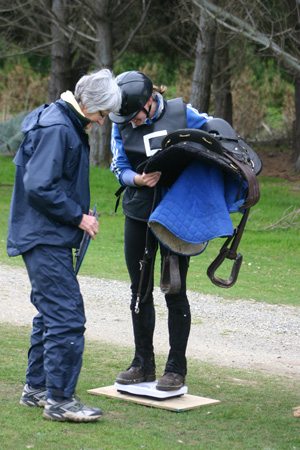 So when it comes to weight carried, the smallest horse with the biggest rider is at the greatest disadvantage and probably also the greatest risk of injury, and the largest horse with the smallest rider gets the most advantage and probably a decreased risk of injury. Of course a minimum weight rule was most likely introduced in an attempt to try to ensure as level a playing field as possible but the thinking behind this in how it has been applied in endurance may be flawed.

To look at this we need to consider the typical weight of a showjumping or eventing horse. Experience and data from serveral published studies would suggest to me that these horses weigh 500-600kg. Thus, a 550kg horse carrying a 75kg rider+tack would be carrying 13.6% of its own bodyweight.

On the basis that endurance horses have tended to be lighter, a 420kg endurance horse carrying 75kg would be carrying the equivalent of 17.9% of its own bodyweight. The figure of 420kg is taken from a group of 50 elite horses I had the opportunity to weigh in one of my scientific studies. It’s not that the “average” rider is bigger in endurance but it’s more the case that the horses are generally smaller and so whilst 75kg may have been appropriate for an average show-jumper or eventer it is not equivalent when it comes to a smaller endurance horse. 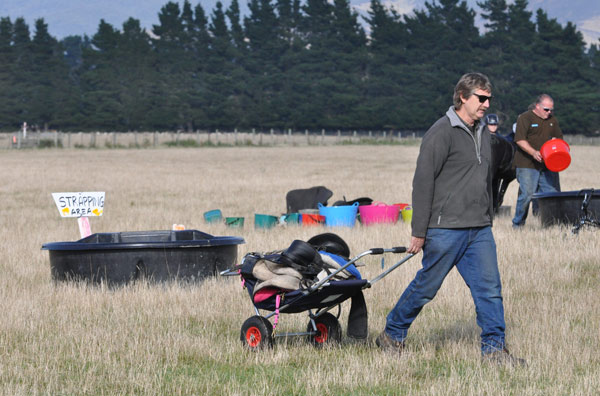 There is only one study (unpublished) that I am aware of that suggests that rider weight is an important consideration with respect to welfare. This was carried out by a group of researchers at the Equine Research Center, California State Polytechnic University, Pomona in California. They studied the relationship between rider and horse weights at the Tevis Cup in 1995 and 1996. Horses that were eliminated for metabolic reasons were on average carrying a higher percentage of their bodyweight (around 20%) than horses that finished (18.6%) and there was a similar trend for horses eliminated because of lameness to be carrying a higher percentage.

But common sense tells us that the more weight we carry the greater the risk of injury. For example, many studies in people show us that being overweight increases the risk of joint and tendon injury. In the case of the overweight person the fat is part of the body. But we could equally well produce the same effect by making a thin person carry around extra weight externally, in a rucksack, for example.

So what is the solution? Abolishing minimum weight completely might see endurance develop into the equivalent of horse racing or the route camel racing went with the smallest possible riders being preferred. If the minimum weight was increased then this would be to the detriment of all horses. 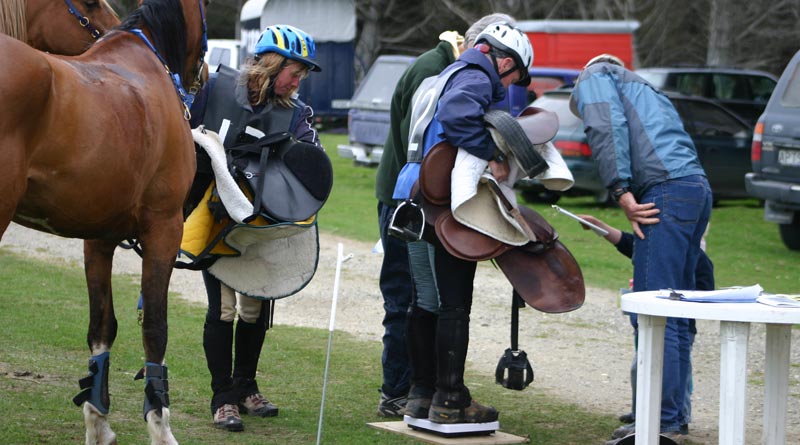 Another solution would be to have weight classes such that the starting weight of the horse and rider were taken into account but that all riders ride in the same class. Again, lighter riders on the smallest horses, medium riders on medium sized horses and the largest riders on the largest horses.

Another option is of course to accept that the system should be left alone. As data are not available on horse and rider weights it is hard to estimate how many riders must currently carry lead in FEI classes. But given the high prevalence of orthopaedic injury in endurance, I believe that some consideration should be given to the issue. 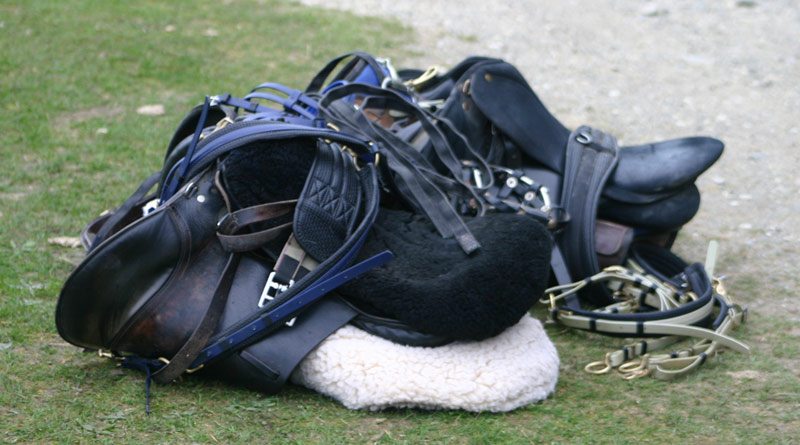 Another possibility would be to reduce the minimum weight to 15% of 420kg, which equates to about 63kg. This would be equivalent to the minimum weight of 75kg used on a 550kg eventing or showjumping horse. A lower figure of around 63kg would be fairer to smaller riders and would also potentially be in the interests of horse welfare, provided that the type of horses used in endurance continue to be closer to 420kg than to 550kg.

Finally, if we want to improve welfare then we should be looking at a rule which says there is a maximum amount a horse should be allowed to carry as a percentage of its bodyweight.

3 thoughts on “Horse welfare and endurance: Is a 75kg minimum weight sensible?”