A proposal by Endurance officials to impose a 75-kilogram minimum weight limit for riders and their equipment in a bid to reduce speeds in the discipline has drawn fire from some nations.

The FEI’s Endurance Technical Committee has outlined a series of changes around rider weights that will be considered by delegates at this year’s General Assembly in Montevideo, Uruguay, on November 21.

Committee chairman Dr Brian Sheahan, in a report released ahead of the General Assembly, said research was presented at the annual Endurance Forum in May indicating that small speed reductions combined with appropriate rest periods had the potential to reduce bone fatigue.

The proposed changes include longer mandatory rest periods following competition for some horses with higher average speeds, alterations to the star rating system, adjustments to the duties of officials, and altered horse qualification criteria for top-level events.

But the biggest area of contention appears to be around rider weight, with the committee proposing that the minimum riding weight for athletes and their equipment be set at 75 kilograms for all Senior championships.

For Young Rider and/or Junior championships, a minimum weight of 60kg is proposed for the rider and their gear.

A minimum riding weight of 75kg is proposed for CEI2* CEI3*, CEI4* and CEI5* events. Alternative weight or gender divisions may be allowed at CEI1* level, subject to prior FEI approval.

No minimum weight is proposed for Young Rider and/or Junior divisions at CEIYJ1* level, but 60kg will apply at CEIYJ2*.

Belgium, in its submission, said it totally disagreed over the issue of weight, saying that, historically, the position of the FEI on the matter had been quite paradoxical and illogical. 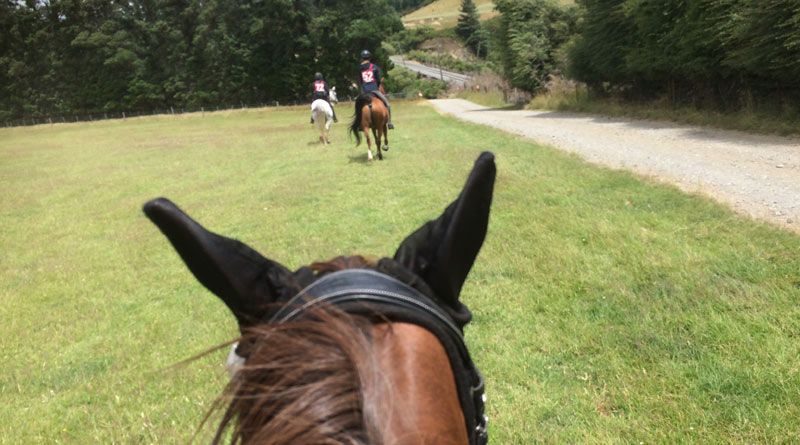 Thirty years ago, the regulations imposed 70kg limits at CEI1* and CEI2* competitions, and 75kg at CEI3* level, the country’s federation noted.

“The FEI deconstructed the system leaving the organizers free of the kilos imposed. Now, it said, the FEI wanted to make a radical change by imposing 75kg on the 2*, 3*, 4 *, 5* and CH (championship) events.

It argued that, over the last 10 years, the profile of riders had evolved. They were now more sporting, younger, and more females were taking part.

“If the imposition of weight remains at 75kg, this will force many young riders and female riders to add a dead weight of 10, 12 or even 15 kilos.”

The federation argued that the weight changes proposed would not solve the problem of excessive speeds. They would remain the same in the Middle East “with simply more accidents and horses in the clinic”.

“The only remedy for this scourge is called ‘education’, a medication that the FEI never tried for endurance.”

It accused the FEI of abandoning this responsibility to the national federations.

Belgium instead proposed a 70kg minimum on all CEI events from the 1* to 5* (and CH), with the exception of CEIYRJ and CEI Ladies where the minimum weight should be removed or increased to a maximum of 60kg.

Germany also argued that a minimum weight of 70kg would be better, as most riders were lighter than 75kg with equipment. A 75kg minimum meant that these riders would have to carry dead weight to make the minimum.

“This we consider is not fair, as regards animal welfare, as dead weight can shift during the course of a ride and cause health problems for the horse due to rubbing or uneven weight distribution.

“Most riders would have far less problems with dead weight if the weight barrier was 70kg and not 75kg.”

The Netherlands argued for a weight minimum of 70kg at CEI2* and CEI3* levels, and at championships.

The dead weight required to meet 75kg could impede a horse, it said.

The country noted many Endurance horses were Arabian. Being smaller horses, a weight of 70kg was sufficient, it said.

“In addition, asking more than 70kg is not fair to the female athlete. A woman in top sporting condition will always have to take lead. In order to spare a horse, this lead is difficult to fasten, while the male athletes can ride with the smallest, non-annoying saddles.

The United Arab Emirates said there were growing numbers of female and young athletes with average body weights of 40-55kg. “It is unreasonable for such athletes to carry saddles of 20kg to 35kg,” it said.

The Endurance committee noted that while there were some differences in the views of national federations, there was also some consensus. It said it submitted the changes for approval as proposed.