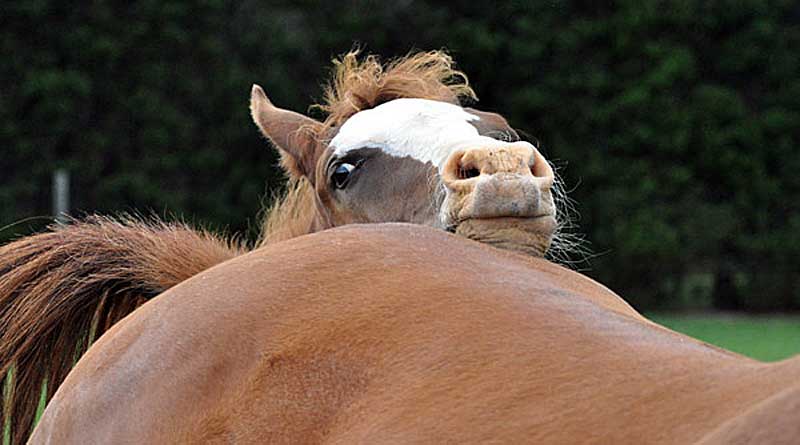 The head of the Humane Society of the United States says it is time the horse meat trade was banned across all of North America, after an investigation in Mexico  found that 10 percent of tested beef products contained equine protein.

The society’s president and chief executive, Wayne Pacelle, was commenting on a final report released by the Laboratory of Meat Science at the National Autonomous University of Mexico.

The first part of the study, commissioned by the Humane Society International, involved questioning 339 industry-related personnel. The researchers found that more than 80% of respondents did not wish to sell horse meat and they did not know any horse-meat suppliers.

However, that did not stop horse meat entering the food chain. Results of DNA testing of the 433 samples collected showed that 9.93% of them sold in the different outlets were positive for horse meat − that’s 43 samples.

Mexico City, Chihuahua, and Pachuca had around 12% of positive samples, while Aguascalientes had 11% and Zacatecas had 7%.

Ground meat was the sample type with the highest percentage of positive samples, with 42% containing horse meat.

“The 9.93% found could be due to the fact we directed the investigations to cities with official slaughterhouses processing horses and poorly regulated markets,” the study team said.

“We carried out a complementary analysis on clenbuterol presence in 29 of the samples that tested positive for horsemeat (only raw meat could be tested; cooked meat could not be tested).

“We found significant clembuterol concentrations in 93.10% of the 29 tested samples.”

In the US, the use of clenbuterol in any animal that could be used as food for human consumption is banned by the Food and Drug Administration. It is also banned in the European Union.

“A finding of 9.93% of samples testing positive for horse meat demonstrates that horse meat is effectively being commercialized in outlets, thus representing fraud to consumers,” the researchers concluded.

Additionally, the levels of clenbuterol found demonstrated that Mexican consumers were being exposed to potential health risks, they said.

Pacelle, in his blog A Humane Nation, said while Mexico was forging ahead on several fronts with animal protection, the slaughter of horses for human consumption remained an area of abuse.

Indeed, Mexico is the second largest horse-meat producer in the world, after China. Between January and August this year, it exported almost 1500 tons of horse meat, worth more than $US4 million, to Japan, Russia, and Vietnam.

“Mexico not only kills thousands of its horses for human consumption each year, but also slaughters tens of thousands of perfectly healthy American horses,” Pacelle said.

“US kill buyers acquire working, racing, and companion horses and even children’s ponies and try to make a fast buck by funneling them to horse slaughter plants over the northern and southern borders.

“Just this year, as of September, kill buyers have shipped more than 60,000 horses to Canada and Mexico to be killed for human consumption.”

Pacelle said horses in the US were raised as companions and partners in work and sport, and not as food animals. As a result, they were commonly treated with drugs deemed unfit for human consumption.

He noted that, in 2014, the European Commission suspended the import of horse meat from Mexico to the European Union due to food safety concerns.

“The HSUS has documented, via undercover footage, the incredible suffering faced by animals: downed, injured horses slaughtered for human consumption despite being ill, horses suffering in export facilities on US soil, and horrific welfare problems during transport.

“Beyond the issue of self-interest and public health, Mexico should not be complicit in this grisly trade, and the United States should not use Mexico as an export market for an enterprise that’s illegal on our soil.

“The practice of slaughtering horses for human consumption should stop across North America.”

Pacelle said The Safeguard American Food Exports (SAFE) Act, H.R. 113/S. 1706, would cement the existing prohibitions on domestic horse slaughter and build on that provision by stopping the export of horses for slaughter abroad. It was, he said, an important policy vehicle to help achieve that goal.

“The evidence that we’ve obtained in Mexico reveals that this ugly enterprise is trying to trick Mexican vendors and consumers. It’s a disreputable industry, and the country’s lawmakers should build on their recent good works and establish protections for animals who have changed the course of North American history for the better.

“It’s a small act of reciprocity for North Americans to honor the role of the horse in North American settlement, commerce, and recreation and end the most extreme form of human-caused exploitation of these noble animals.”