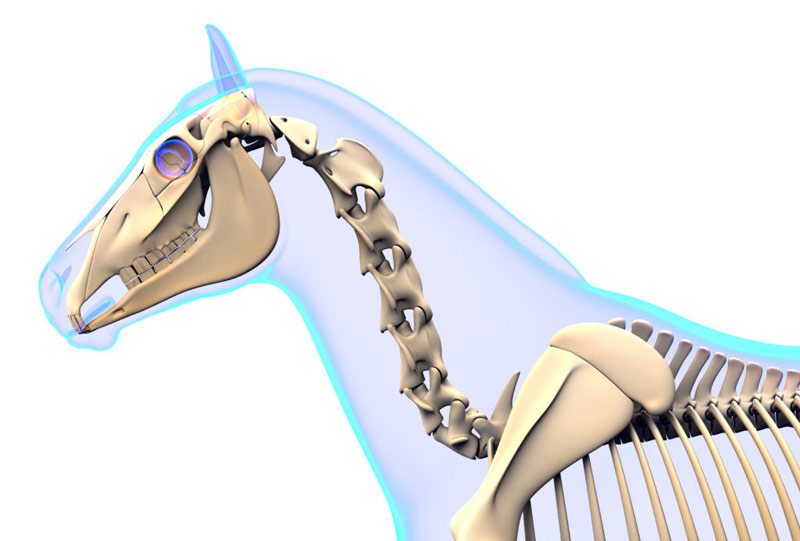 When a horse’s gait feels off or lacking in its usual impulsion, it is often assumed to be an issue of lameness.

But now, thanks to improved diagnostics, veterinarians are able to more accurately pinpoint the problem area. Perhaps surprisingly, it’s not always in the legs or hooves. With increasing frequency, the horse’s neck is being diagnosed as the root of the issue.

The anatomy of the neck and what can go wrong

The neck is composed of seven cervical vertebrae running from the head to the thorax, named C1 through C7, and each articulating with each other. The primary purposes of the neck are to move the head and to protect and transport the spinal cord and nerves, which run through the middle of the vertebrae. 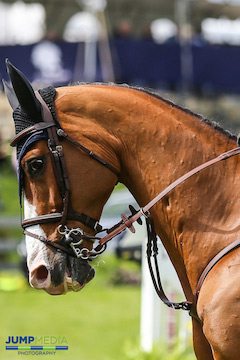 Such a major role as the protection of the nerves and spinal cord can also come with some major risks and complications, with clinical signs of these problems generally presenting themselves either neurologically, as neck pain, or as lameness in the front legs.

These more specific symptoms may include:

This can be more difficult to pin down, but can often be due to pressure on the smaller nerves that pass through the openings in the vertebrae and supply the front legs. Arthritis of the articular facet joints of the vertebrae is another common reason for lameness, as anytime these joints become arthritic or inflamed, it can easily translate to the forelimbs.

Neck problems, particularly those related to lameness, are generally diagnosed through a process of exclusion, first performing nerve blocks to or ruling out lower regions of the horse’s body. Palpation of the neck, testing of the neck’s movement, and full neurological exams may also be performed in addition to a full lameness exam, depending on the horse’s symptoms.

Once other regions of the horse are ruled out as the location of the problem, veterinarians are now able to use diagnostic images such as radiographs, nuclear scintigraphy and standing CT scans to specifically locate problems in the neck like never before.

In years past, those diagnostic resources were left for last-ditch cases when veterinarians really could not pinpoint any other problems. Today, with the advent of more modern technology, better radiographs, better ultrasound machines, and the more advanced imaging of nuclear scintigraphy and CT scans, veterinarians are able to readily use advanced diagnostics to save time and money, and to find the root of the problem more quickly and accurately.

The neck is one of the areas that has most clearly benefited from the progression in advanced imaging. While neck problems have likely been prevalent for some time, veterinarians are now finding those diagnoses more common, as they are able to more accurately locate the issue. Often these issues will go undiscovered or undiagnosed in the field, but they can now be identified using imaging tools. 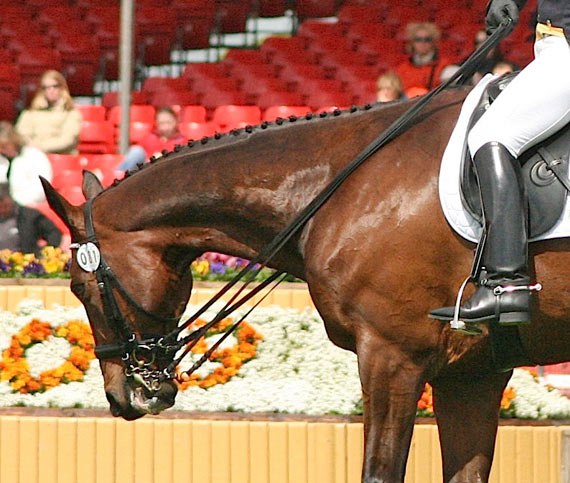 As an example, if arthritic factors are suspected, nuclear scintigraphy can be used to look for areas of increased bone turnover. On the resulting bone scan, veterinarians are looking for areas where there is an increased calcium uptake because the bone is actively remodeling. These areas will appear darker on the scan and are generally a good indicator of a boney injury or arthritis, with the darker “hot spots” often appearing above the articular facet joints.

Also new and groundbreaking for the diagnosis of equine neck problems is the use of a Computerized Tomography or CT scan, with the ability to scan a standing horse with light sedation on the near horizon. This technology will be available at Florida’s Palm Beach Equine Clinic this upcoming winter season. 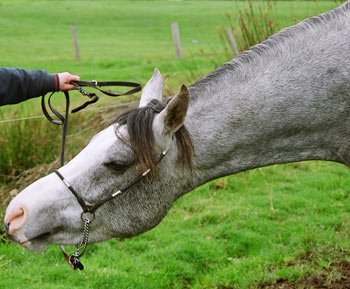 Once a solid diagnosis is arrived upon, the proper treatment protocols can be prescribed. Depending on the root of the problem, possible treatments may include shockwave therapy, regenerative therapies such as interleukin-1 receptor antagonist protein (IRAP) therapy or platelet-rich plasma (PRP) therapy, or one of the most common treatments, injections of the facet joints.

In the case of facet joint injections, veterinarians at the Palm Beach Equine Clinic are able to medicate under ultrasound guidance, guiding a needle into the joints and delivering corticosteroids or similar medication. Surgery is also an option as a final approach to severe complications.

In milder cases, treatments may also just call for increased time off, chiropractic treatments, or the administration of non-steroidal anti-inflammatory (NSAID) medications.