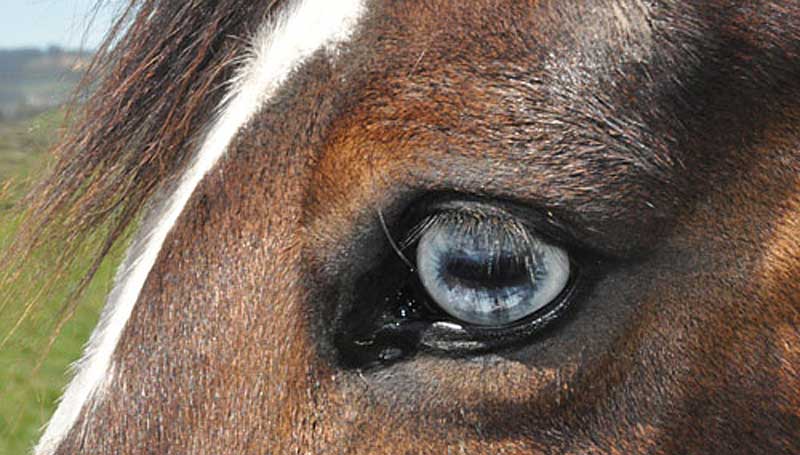 Horse-riding significantly reduced the severity of symptoms and hyperactivity in children with autism spectrum disorder (ASD) compared to those in a control group, a study has found.

The University of Edinburgh study used 26 children − comprising 22 boys and 4 girls − recruited from four classes at a British school for children with ASD.

The children, aged 6 to 9, all had a formal medical diagnosis of ASD.

The 26 mainly comprised low functioning boys with a severe level of ASD. Most were “mainly nonverbal” with around a third having “limited language”, as judged by their teachers.

Each youngster was assigned to either a riding group or the control group. The riding children took part in a 45-minute programme each week, in which they were led on a horse. Two chose not to ride at all but watched the others, with one of them eventually leading their horse around the arena.

Due to timetabling issues, some of the children received seven riding sessions in all while others received five.

All children in the study continued in their regular class environment, which included speech and language therapy.

The youngsters were assessed before and after the seven-week riding programme using the Childhood Autism Rating Scale (CARS2) and the Aberrant Behaviour Checklist − Community Edition (ABC-C).

Additionally, an observational measure of compliance and behaviour during the horse-riding sessions was completed for the riding group.

All measures were completed by school teaching staff who were familiar with the children.

“There was a significant reduction in the severity of ASD symptoms and hyperactivity from pre- to post-test for the intervention group only,” Androulla Harris and Joanne Williams reported in the International Journal of Environmental Research and Public Health.

No significant changes were found in participants’ levels of lethargy, irritability, stereotypy nor inappropriate speech after the intervention period.

“These results indicate that the intervention improves some aspects of social functioning for children with ASD.”

Harris and Williams, discussing their findings, noted that there was growing interest in the appropriateness and effectiveness of animal-assisted interventions for children with ASD.

“The horse riding intervention led to a greater change in social functioning than education as usual,” they said.

“The current study suggests that horse riding interventions may be beneficial to low functioning nonverbal children with severe ASD, aged 6–9 years, for aspects of their social functioning.”

The study found significant improvements in social functioning after a shorter intervention period than other studies of animal-assisted intervention that used the CARS2 and ABC-C assessments, they noted.

Indeed, the findings suggested that changes in hyperactivity can occur after just 5 to 7 weeks.

“This would require less funding from parents and/or educational or therapeutic institutions, although further research is needed to test whether this finding is replicated in different samples.”

The findings indicated that even those participants who were assessed as not achieving high levels of engagement still benefited from the intervention through reduced hyperactivity and ASD symptoms.

“It seems that the extent of compliance and engagement with riding tasks did not influence the effectiveness of animal-assisted intervention in this study.

“Rather, the general experience of riding, such as touching the horse or moving to a rocking rhythm, may have helped reduce ASD symptomology and hyperactivity.”

The horse-riding intervention had resulted in measurable gains in important aspects of social functioning for children with ASD, they said.

“Hyperactive behaviour is a common symptom for children with ASD, and reduced hyperactivity is associated with improved self-regulation. Thus, the animal-assisted intervention in the present study may have enabled children to function more effectively at home, school and in other public places.

“Improved social functioning may have been beneficial to children’s caregivers and is an area for future research. It is particularly pertinent given that managing the behaviours of a child with ASD is associated with higher stress levels for caregivers, than is the case when caring for a child with other special needs.”

Children in the control group were given access to horse-riding following completion of the study.