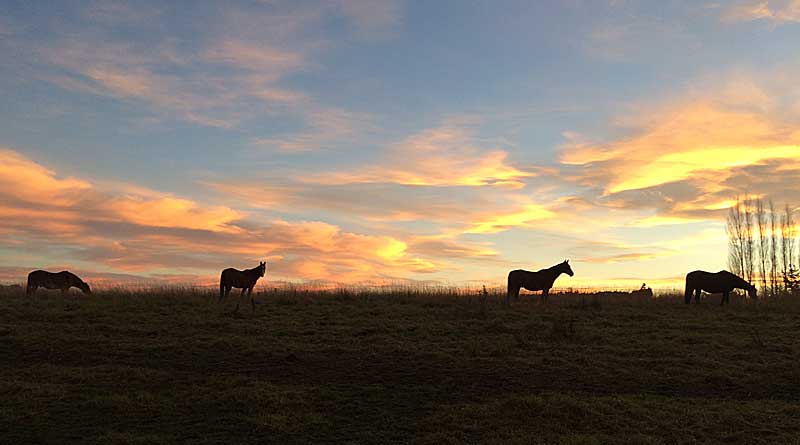 The fight to keep the doors closed on US horse slaughter plants will now be taken up through the Senate by animal advocates, who are dismayed by the outcome of a key vote this week by a House committee.

Keith Dane, the senior advisor for equine protection and rural affairs with the Humane Society of the United States (HSUS), expressed his disappointment over the vote count at the House Appropriations Committee last Wednesday.

The committee narrowly gave the nod to a spending bill covering the Department of the Interior which did not contain crucial defunding language that would have kept horse slaughter plants shuttered.

The disheartening vote, he said, had followed months of effort by the HSUS and Humane Society Legislative Fund staff, and countless dedicated advocates to obtain a different outcome.

By a margin of 27-25, the committee had decided to spend American tax dollars to support the possible return of horse slaughter to US soil, Dane said.

“We know that many committee members who voted to support horse slaughter will face a backlash from their constituents,” he said.

“If a member of the committee represents you and your US Congressional district, please take the time to acknowledge their vote. If your representative voted humanely to defund horse slaughter, please contact their office and thank them.

“If a member of the committee who represents you voted to support horse slaughter and spend several million dollars inspecting horsemeat designated for foreigners, please consider contacting their office to politely express your disappointment.”

He urged the public to read a recent blog by HSUS president and chief executive Wayne Pacelle, who provided a list of how committee members voted.

“We lost this battle, but we haven’t lost the war and we still have work ahead of us to make sure that horse slaughter is defunded in the U.S. Senate, and final 2018 Appropriations budget,” Dane said.

“We’ve been in this situation before, and emerged victorious – but we can never stop fighting to protect our horses, and this situation reminds us of how difficult it can be to hold onto our gains and how vigilant we must remain.”

The Wild For Life Foundation and Saving America’s Horses expressed their disappointment over the lack of protective language in the appropriations bill, saying the fight is far from over.

The nonprofit groups are also concerned about a push by the Bureau of Land Management that could see captive wild horses being sold without limitation, which advocates fear could see the animals ultimately sold to slaughter.

The groups noted that the House vote on the bill was only part of the legislative process, saying that both Budget proposals will be moving from the House to the Senate.

They said it was vital for the people and groups who sincerely cared about these animals to demonstrate a strong showing of positive support for the Senate’s history in opposition of slaughter.

“We are also adamantly against the removal of the protective language which currently restricts the sale of wild horses and burros by the BLM for slaughter,” said the Wild For Life Foundation’s Jeanne Sullivan, who serves on its board.

Its director, Katia Louise, said: “It’s up to us, to make a win for America’s horses through continued positive change for good.

“By raising awareness and educating the public about the importance of keeping these protections in place, we can win for the horses.

“America’s wild horses and burros need support now more than ever. Together, we are their voice and they need to be heard.”

2 thoughts on “US horse slaughter threat: “We lost this battle, but we haven’t lost the war””