James Rooney used the expression “serviceably sound” in reference to an experiment, which, from his point of view did not prove anything as the horses were maintained in conditions that could have masked possible lameness.

Albert Einstein also questioned the value of some experiments; “An experiment is something everybody believes, except the person who made it.”

We had at this time worked together on a video about stifle problems and I told Dr Rooney that “serviceably sound” was the first step in the rehabilitation of my horse Dominique, who was diagnosed by two vet schools with an irreversible navicular issue. James Rooney was living at this time in Maryland and I invited him to come to Virginia, to test my horse the way he feels my horse should be tested for a diagnosis of soundness. He came to see my horse after a conference he was attending a few miles from my farm in Virginia. After turning Dominique at the trot on sharp circles and other tests, Rooney concluded: “This horse is sound”. He added with a smile, “Glad that my work is finally used.”

I told him that the rehabilitation was based on Lennart Ostblom’s research and on his own research on biomechanics of lameness. Ostblom was the first researcher suggesting, in 1982, that navicular syndrome was a remodeling problem. 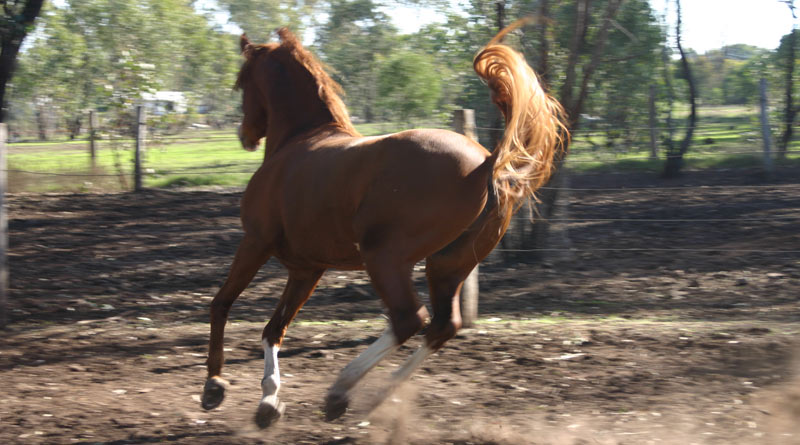 “The findings are considered to indicate that navicular disease is not primarily caused by ischaemia and subsequent necrosis, but rather is a consequence of increased activation of bone remodeling caused by altered pressure from the deep flexor tendon on the bone and increased load on the caudal part of the foot. (…) The disease is, therefore, considered to be reversible and may be alleviated by altering the load on the navicular bone.” (L. Ostblom, C. Lund and F. Melsen – 1982)

My working hypothesis was identifying the kinematic abnormality inducing excessive pressure between the deep digital flexor tendon and the distal sesamoid bone. Once this was identified, the problem was then finding the root cause. It was a “scoliosis” in the thoracic area or, in simpler terms, a left lateral bending of the thoracic spine coupled with an inverted rotation. The spine torsion directed more forces on the right front limb and the kinematic abnormality was an adaptation to excessive load. The work focused first on recreating proper balance between right and left side of the thoracic spine epaxial muscles. Since the horse was very lame, the rehabilitation had to be done in hand first. 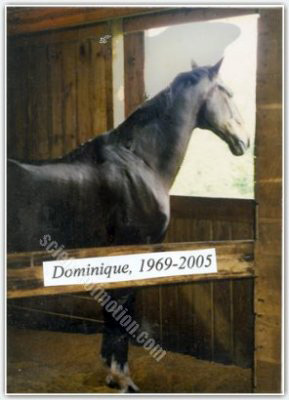 The in-hand technique that we applied focused on educating the horse’s back muscles, based on the horse’s ability to feel and adjust to the trainer walking by the horse’s side. Of course, such subtle work demands a very specific protocol and differs widely from the work in hand commonly promoted. The first step was creating real balance, easing the load on the forelegs. The horse was a Grand Prix dressage horse. He was theoretically in balance, but he was in “show ring’ balance, which is based on shifting the weight backward. Since a horse does not biomechanically shift the weight backward, this approach only gives a few strides in relative balance until the weight bounces back on the forelegs and the rider’s hands. Rehabilitation demands authentic balance, which is achieved by educating the horse’s back muscles in converting the thrust generated by the hind legs and traveling forward through the spine, into greater upward forces. It was difficult to do on a lame horse, since we only had a few steps to work with.  Dominique had a very strong will and did not want to die. Each morning, he was waiting for his training session, shaking his neck and head if I was late.

Reducing the load on the forelegs permitted a few more strides and it was soon possible to focus on the imbalance between right and left side of the back muscles. Gradually, as the left lateral bending and the inverted rotation of the thoracic spine was corrected, the kinematic abnormality of the right front leg vanished. It was no longer excessive dorsiflexion of the fetlock, and the cannon bone was positioned less forward when the palmar flexion of the fetlock started. This was inducing an excessive load on the distal sesamoid bone and intense pressure between the navicular and the deep digital flexor tendon. Earlier in the rehabilitation, reducing the load on the foreleg markedly reduced the intensity of the lameness. Once the kinematic abnormality was corrected, it was a second clear improvement in the lameness.

At this point, the lameness was practically gone working in hand and it was possible to further the re-education of the back muscles while riding the horse. It was all about improving the balance and recreating symmetry of the back muscles. The lameness gradually vanished proportionally to the correction of the thoracic spine dysfunction and consequent front limb kinematic abnormality. Basically, I created a serviceably sound horse ensuring a coordination of his whole body, reducing the load on the front legs and in particular the right front. 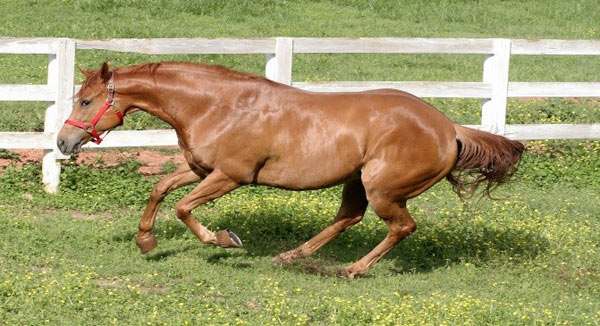 From there, the question was about the horse’s capacity to maintain such coordination on his own. At this time, there was little respect for an animals’ capacity of decision making. Through the daily work with Dominique, I observed numerous initiatives and decisions that contradicted conventional thinking. I have experienced many times competing at international level, that horses were capable of decisions which, in several instances, literally saved my life. I already had a deep respect for equine intelligence and for many years moved away from the theories of pecking order, submission and domination. Dominique’s willingness was beyond traditional views. He was not capable to find by himself the coordination ensuring proper direction, duration, intensity and frequency of the forces loading his forelegs but he furthered the efficiency and subtlety of his coordination once I directed his brain on the right track.

Soon, he needed less help from me and I started to hope that this approach could effectively rehabilitate difficult cases. As the stress on the distal sesamoid bone was reduced, the remodeling improved and Dominique was sound.

Many studies on intuition and brain functions have explained what Dominique did and how to better rehabilitate other horses. If trained in respect of his intelligence, a horse can evolve from serviceably sound to sound. During the whole process, the quality of the hoof balance was a major issue. Since my field of expertise is the vertebral column and limbs kinematics, I explain how I did it from this perspective. The quality of the hoof balance was an important part of the success. Two problems have to be approached and resolved concurrently. One is how the forces are absorbed by the hoof structure and going up onto the limb and that is the art of the farrier. The second is the direction, duration, intensity and frequency of the forces acting down from the vertebral column onto the limbs onto the hoof and that is the art of proper riding and training.

On Friday, October 6, 2017, during our annual International Conference, Esco Buff and I are going to review common injuries to the navicular, stifle, hocks, elbows, etc. and explain how the farrier and the trainer have to master both sets of forces.

3 thoughts on “Equine lameness: From “irreversible” navicular to serviceably sound”