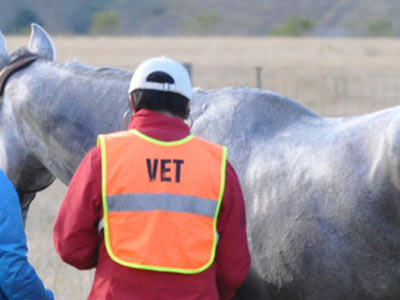 An Endurance forum in Wellington today will discuss the way ahead for the discipline following a string of resignations from the New Zealand Endurance Board.

The board can no longer muster a quorum.

There are no plans to hold by-elections before the next Board is elected at the discipline’s annual general meeting set for July 22.

Equestrian Sports New Zealand (ESNZ) released a statement last Friday, saying it had sought expert advice to guide the management of the discipline over the next few months.

It was agreed that the remnants of the board would continue with the day-to-day running of the sport, in conjunction with ESNZ when formal decisions were required.

Controversy has swirled within the upper levels of the discipline in New Zealand for several months.

On March 15, ESNZ members Warren James and Louisa Muir, both former Endurance chairs, wrote to board chairwoman Alison Higgins to seek an immediate Special General Meeting, at which it was intended to move a vote of no confidence in the board.

The request had the signed backing of 30 ESNZ Endurance members.

James and Muir said their concerns stemmed from the reading of the minutes from the meeting of February 20, which said the board had resolved to renegotiate the structure of Endurance membership of ESNZ or organize the “breaking away” of Endurance from ESNZ.

The pair criticised the move, asserting that in taking that action and recording it in the minutes the board had contravened the ESNZ Constitution and the ESNZ Endurance By-Laws.

The Endurance Board issued a brief statement in mid-April saying that all its members had chosen to resign from the board, effective from the July 22 annual general meeting. However, there have since been four resignations with immediate effect, leaving the board without a quorum.

Today’s forum is on the same day the Special General Meeting was planned to move the vote of no confidence. The meeting had been rendered unnecessary following the resignations.

The forum will discuss issues facing ESNZ Endurance and how those will be addressed in the short and medium term, as well as a longer term vision for the sport.

The forum will address the current situation and what solutions may address those perceived problems.

“Importantly there is also a need to address longer term strategic issues for the sport,” a document released ahead of the forum said.

James and Muir, in a statement to ESNZ Endurance members dated yesterday, traversed the circumstances that led to the call for a Special General Meeting.

Board members had apparently discussed whether Endurance could leave ESNZ and operate as an affiliate body.

The chairwoman Alison Higgins had advised taking the matter no further. According to James and Muir, she did not support the concept and was isolated because of that action.

James and Muir continued: “The Endurance Board is a subcommittee of the ESNZ Board and all board members are obliged to support ESNZ and maintain trust between Endurance and ESNZ.

“For a Board member to actively advocate and pursue a scenario of Endurance operating separately from ESNZ is constitutionally incompatible with their role as a board member.

They wrote: “Looking forward, ESNZ Endurance needs to ensure that it never finds itself in this position again.

“Selecting and electing candidates for the board requires some skill on the part of the members as much as it requires clear skill from the candidates.

“Candidates need to be questioned prior to election as to their reasons for standing and what skills they can supply to the board.

“All board members need to undergo a clear induction process that educates them about the protocols of the board and the board’s place within the ESNZ incorporated society.”