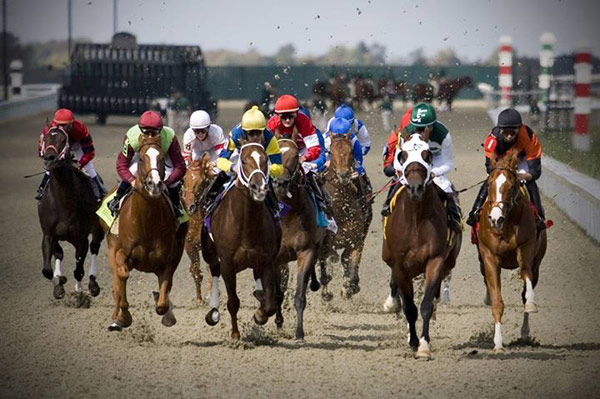 Last year marked the lowest percentage of fatal racehorse injuries in North America since statistics were first published by the Equine Injury Database in 2009.

University of Glasgow veterinarian and epidemiologist Dr Tim Parkin, a consultant on the Equine Injury Database, once again performed the analysis.

“One of the primary objectives of this project from the outset was to build a comprehensive data source we could utilize to improve safety and prevent injuries, and we are now clearly achieving that goal,” Parkin said.

“The racetracks, the horsemen, and the regulators who have implemented safety initiatives over this time period deserve a great deal of credit for this encouraging trend.”

“The sport, as a collective entity, has made a sustained difference that should serve as motivation to continue the search for new safety and welfare initiatives and to permanently eliminate the usage of ‘part of the game’ from the lexicon when discussing equine injuries,” said Dr Mary Scollay, the equine medical director for the Commonwealth of Kentucky and a consultant to the EID.

The EID statistics are based on injuries that resulted in fatalities within 72 hours from the date of the race. The statistics are for Thoroughbreds only and exclude races over jumps from the calculations. Summary statistics for the EID are subject to change because of several considerations, including reporting timeliness.

Since March 2012, racetracks have been able to voluntarily publish their statistics from the EID in the Safety Initiatives section of The Jockey Club website. There are 25 tracks that self-reported during 2016 and their aggregate rate was 1.41.

Throughout the course of 2017, racetracks accounting for about 96 percent of flat racing days are expected to contribute data to the EID.

The Equine Injury Database, conceived at the Grayson-Jockey Club Research Foundation’s first Welfare and Safety of the Racehorse Summit, was launched by The Jockey Club in July 2008 and seeks to identify the frequencies, types, and outcomes of racing injuries using a standardized format that generates valid statistics, identifies markers for horses at increased risk of injury, and serves as a data source for research directed at improving safety and preventing injuries.

A graph depicting all updated statistical data pertaining to surface, distance, and age is available here.

The list of racetracks participating in the Equine Injury Database and detailed statistics from those tracks that voluntarily publish their results can be found here.