Equestrians from all aspects of the horse world including charities, horse owners and breed society representatives were joined by a government minister and academics for the 25th NEF. The prevailing refrain was that the industry should continue to pull together and recognise change as opportunity.

This year’s event was sold out and had a waiting list, reflecting the growing popularity and importance to the industry of this highly informative, non-partisan event.

The National Equine Forum unites leaders, influencers, listeners and debaters to drive discussion on some of today’s most pertinent equestrian matters.

The Forum’s popular panel discussion debated the potential effects that EU exit may have on the horse industry. With fervent interaction from delegates, the panel covered Brexit’s potential impact on trade, identification, biosecurity and competition travel. The consensus was that the UK should play to its strengths: the UK’s Thoroughbred industry is currently Europe’s biggest market, favourable exchange rates bring export advantages and the UK is setting a gold standard with the Central Equine Database. All stakeholder groups from government to horse owners should pull together to support compliance and enforcement.

The Tripartite Agreement, which governs movement of horses between UK, Ireland and France, should be retained and the easy movement of competition horses maintained. The conclusion was that EU exit has to be regarded as an opportunity for the equine sector and that the sector needed to work together in speaking to government about its priorities. 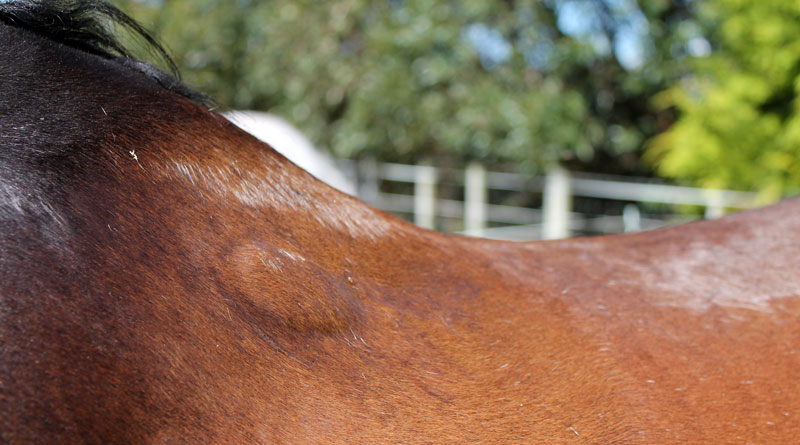 A three-part session on the impact of tack fit commenced with Dr Sue Dyson, Head of Clinical Orthopaedics, Centre for Equine Studies, Animal Health Trust. Dyson explained that the use of an ill-fitting saddle can have both short-term and long-term implications for the horse and can affect the long-term muscle development. In addition a saddle that does not fit the rider may impair their ability to ride in balance with the horse and influence the forces transmitted to the horse’s back. She emphasised the importance using a qualified saddle fitter regularly.

Neil Townsend, European Specialist in Equine Dentistry at Three Counties Equine Hospital, continued the session, providing a fascinating insight into the anatomy of the equine head and the many different areas that can be influenced by tack. Dr Caroline Benoist went on to explain the implications of bitting for the welfare and comfort of the horse. Benoist and Dyson both agreed that everyone must work together to increase the availability of scientific research as in so many areas there is a real lack of evidence.

The morning sessions focused on the horse industry in a changing world. Lord Gardiner highlighted the importance of the equestrian sector’s role in the UK’s national and rural economies with its contribution of £8 billion a year.

Defra would be launching a consultation on proposals for the new Domestic Regulation on Equine ID shortly, where views would be invited on the need to microchip older horses and how best to implement the ID new regulation and improve the enforcement regime: “to make it easier for enforcement bodies to take action against the very small minority who deliberately flout the law and who threaten the integrity and reputation of an otherwise first-class sector.”

The Central Equine Database should be fully operational by summer 2017 reported Stewart Everett, Chief Executive of the Equine Register. Its primary purpose would be food chain safety and secondarily disease management and welfare. Introduction of a free public chip checker would encourage public involvement and promote compliance while an animal ID veterinary app would help with traceability and legal compliance. The digital biometric passport system would logically link Passport Issuing Office, owner and vet. The location of the horse, as well as that of the owner should be a key requirement for welfare and disease prevention.

Apprehensions about the impact of dramatic increases in business rates were clearly voiced by Sarah Phillips, Chief Operating Officer at the British Horse Society (BHS). Riding schools and livery yards are being hit with increases well above the regional average. With some rises of more than 350% largely due to disproportionate increases on individual stables, the BHS is campaigning for a reassessment otherwise some Riding Schools may have no option but to close or may be lost to developers, competition venue hire charges may increase and welfare concerns could arise. 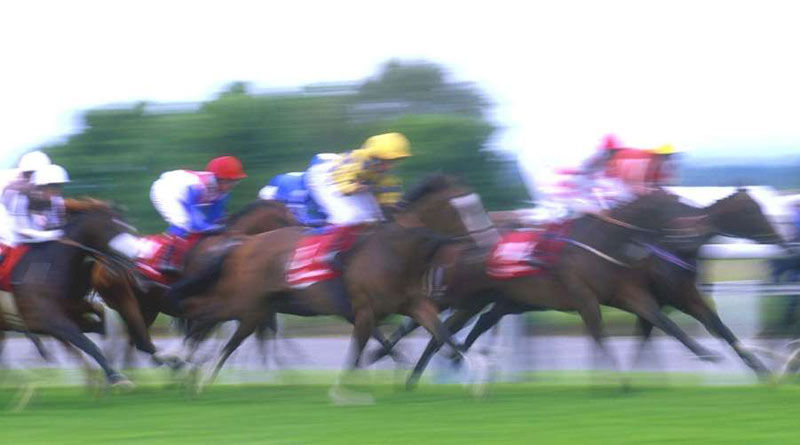 Ross Hamilton, Corporate Affairs Manager at the British Horseracing Authority, reported that the government had really listened to this sector and that positive changes were imminent. The Horserace Betting Levy replacement would commence in April 2017, capturing a return from all betting activity on the sport, including the significant growth in online betting. Critical funding for veterinary research, disease surveillance and protection of rare breeds would continue under the new system.

Dr Tim Parkin, Head of Division of Equine Clinical Sciences and Clinical Director of the Weipers Centre Equine Hospital, University of Glasgow, presented the Memorial Lecture on the launch of the Thoroughbred Health Network as a UK-wide initiative. Its mission is to optimise the health of the racehorse and other equines predominantly by translating and sharing research and disseminating tips and advice on injury and disease. 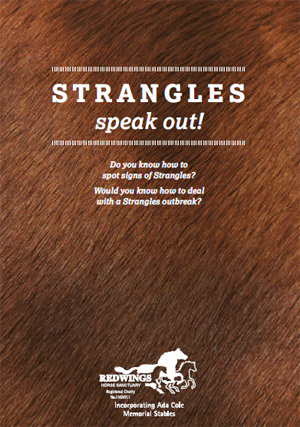 In a session on biosecurity and healthier horses Andrea Vilela, Education and Campaigns Manager, Redwings Horse Sanctuary, released the results of the charity’s Strangles Survey, developed in collaboration with the University of Liverpool.

More than 90% of survey respondents believed strangles should be more of a priority in the UK. Thus the charity’s ‘Stamp out strangles’ campaign intends to increase owner awareness and improve biosecurity and reduce the incidence of the disease amongst the UK horse population.

Professor Josh Slater continued with the theme of biosecurity, presenting an infectious disease case study and explaining the importance of following a practical outbreak control plan including rigorous quarantine, segregation and isolation protocols. The take-home message was that horse owners and yards should work with their vets to formulate and implement a disease control plan and that those unfortunate enough to have disease outbreaks should be supported, not demonised.

The 2018 National Equine Forum will be held on Thursday, March 8, at the Institution of Mechanical Engineers, One Birdcage Walk, Westminster, London.