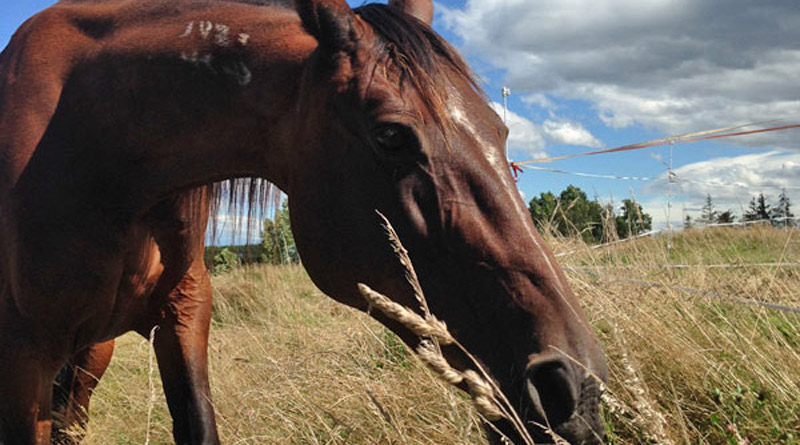 Colic surgery results in overwhelmingly positive outcomes for both horses and owners, fresh research has found.

Horse owners and equine veterinarians find themselves facing a difficult decision when it comes to treating a horse surgically for the potentially life-threatening condition, which will affect between 4 and 10 percent of horses during their lifetime.

There are concerns that can arise around postoperative performance and expense.

However, there is considerable cause for optimism, based on the findings of a paper published in the journal Acta Veterinaria Scandinavica.

“Many horses encounter colic at some point of their life and, fortunately, many of the episodes can be treated conservatively with medication and fluids,” said Dr Isa Immonen, of the University of Helsinki in Finland, who was one of the paper’s authors.

“Sometimes, however, the horse requires surgical treatment, which is expensive and a major operation for the horse. This may be a difficult life-and-death decision for the owner.”

The researchers looked at the long-term outcomes for 236 horses undergoing surgery for colic between 2006 and 2012, focusing on owner satisfaction and patient performance after surgery.

The study team found that, of the horses that survived to hospital discharge, 83.7 percent returned to their previous or intended activity, and 78.5 percent regained their pre-surgical or higher level of performance.

The team also found a high level (96.3 percent) of owners were satisfied with their veterinary care and that “nearly all (98.5 percent) evaluated the recovery after the colic surgery as satisfactory or above.”

“We felt that defining the factors affecting the prognosis and postoperative performance could give answers that would help both the owners and the veterinarians in the decision-making process – whether to operate or not – especially when focusing on the meaningful long-term life and use of the horse after colic surgery,” Immonen said.