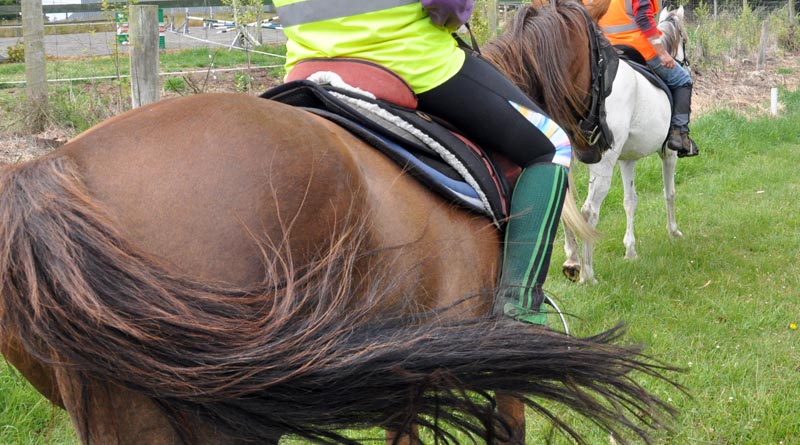 The behavior of autistic youngsters toward family pets improved following a program of therapeutic horseback riding, an American study has shown.

Researchers with the non-profit Children’s Hospital Colorado undertook a pilot study to see whether therapeutic riding might have spin-off advantages for pets that live in the homes of children with autism spectrum disorder (ASD).

Robin Gabriels and her colleagues, writing in the International Journal of Environmental Research and Public Health, said the unique needs of individuals with ASD had implications for animal welfare.

There can, they said, be strong bonds between a child and their pet.

However, children with ASD had specific impairments in communication and social skills, along with the presence of restricted interests, insistence on sameness and repetitive behaviors that can affect their social interactions with others, including pets.

Some individuals with ASD, they noted, have been reported to be rough with animals unless they had specific interventions to teach appropriate care of animals.

Thirty-one took part in a 10-week therapeutic horseback riding program while the other 36 took part in barn activities but without horses.

The riding program included lessons on horses as well as time in the saddle. The barn activity group included activities focused on learning about horses, safe rules for being around horses, and horse care, but they had no horse contact.

A caregiver for each youngster completed questionnaires about the children’s interactions with their household pets both before and after the two programs.

Caregivers of the children enrolled in the therapeutic riding group reported significant improvements in the youngsters’ caring actions toward the family pet when compared with the barn-activity-only group.

“This,” they reported, “is the first known study to examine the crossover effects of therapeutic riding in children with ASD on their caring behaviors toward domestic pets.”

The majority of pets in the homes of the ASD children were dogs.

The study team concluded: “Engaging with horses during a standard therapeutic riding intervention protocol may generalize to improving caring actions toward family pets in children and adolescents with ASD.

“Moving forward, measuring how caregivers and family functioning are also impacted by the human–animal interaction may be useful.”

The findings, they said, supported those from previous studies showing an increase in positive social interactions as a result of animal-specific interventions on individuals with ASD.

The study team comprised Gabriels, Jessie Petty, Zhaoxing Pan and Briar Dechant, all affiliated with Children Hospital Colorado. Pan, Dechant and Gabriels are also affiliated with the Department of Child & Adolescent Psychiatry at the University of Colorado Anschutz Medical Campus.

The study, published under a Creative Commons License, can be read here.
.