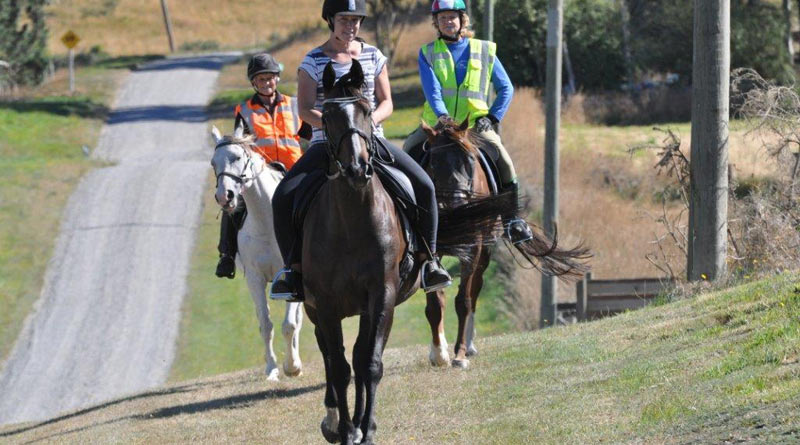 Nearly half of those who answered an Australian survey on issues around horse ownership identified no human health or safety concerns in their equine-related activities.

The high number concerned the researchers, given that horse-riding is considered a dangerous activity, with at least one worker hospitalised each day in Australia from a horse-related injury.

“The reasons for the low reporting of safety require further research,” researchers Kirrilly Thompson and Larissa Clarkson said in their paper, published in the journal, The Australian Equine Veterinarian.

The pair, from Central Queensland University’s Appleton Institute, acknowledged that the phrasing of the question, “within your horse-related activity”, may have caused participants to reflect that whilst health and safety were general concerns around horses, they may not have applied to their own equine-related activities.

Thompson and Clarkson had set out to learn more about the issues faced by horse owners in Australia, their suggestions for addressing those issues, and the financial or economic barriers impeding their equestrian activities.

The pair gathered their data through an online survey of 930 horse owners which was promoted through Australian Horse Industry Council channels. Eighty-eight percent of the respondents were female, and most (77%) identified themselves as an owner or leasee of a horse. The rest were made up of the likes of business owners servicing the horse community, industry workers, caregivers of a horse owner, and volunteers.

The majority of respondents (89%) reported that horse health, welfare or biosecurity issues affected their horse activity. Health was the biggest factor, with 50% of participants reporting it as an issue, followed by welfare (23%) and biosecurity (16%).

Around half (47%) reported horse keeping or housing issues.

Whilst a third (32%) were unaware of land management or environmental issues associated with their horse keeping, almost half (42%) reported “land care, pasture management and improvement” issues.

The cost of equine professionals, including veterinarians, was the third most significant financial barrier or economic challenge reported to negatively impact on participants’ horse activity, at 22%.

Discussing their wide-ranging findings, Thompson and Clarkson said their research had documented the concerns of 930 horse owners.

Comments made by participants revealed that many felt restricted in their ability to take action to change their equine-keeping and husbandry practices when their horses were agisted.

“This highlights the need to increase responsibility for biosecurity initiatives for agistment owners, to provide support tools for owners who agist, and for veterinarians to be cognisant that not all controls are within the remit of the individual owner.”

They continued: “The findings of this research seem to suggest that all of the issues targeted in the study were relevant to at least one in two participants, and that issues of horse health, welfare or biosecurity were salient to the greatest number of participants.

“Whilst this is encouraging, translating concerns for horse health into higher levels of care and more effective interactions with equine veterinarians is complex.”

There may, they said, be particular benefits to equine wellbeing by addressing current practices around issues to which horse owners in this survey indirectly attributed lower relevance than horse health – that is, land management or environmental issues, human health or safety, horse keeping or housing.

“Engagement in initiatives around improving practices in these areas may be increased when framed in terms of their direct benefit to horse health and as duties of care undertaken by the ‘most caring’ owners.

“Moreover, horse owners may be more open to receiving information from equine veterinarians about general horse keeping and land management topics when the health benefits to horses are the primary focus.

“The current study suggests that there is potential for this approach given that many free text responses demonstrated owner awareness of the interdependence of issues such as horse health with pasture management, fencing, yarding and facilities, especially regarding laminitis.”

The pair said while it might be taken for granted that horse owners would be motivated to improve their horse’s health, framing conversation and interaction around the benefits to horse health may support
veterinary-client interactions on several broad levels and topics.