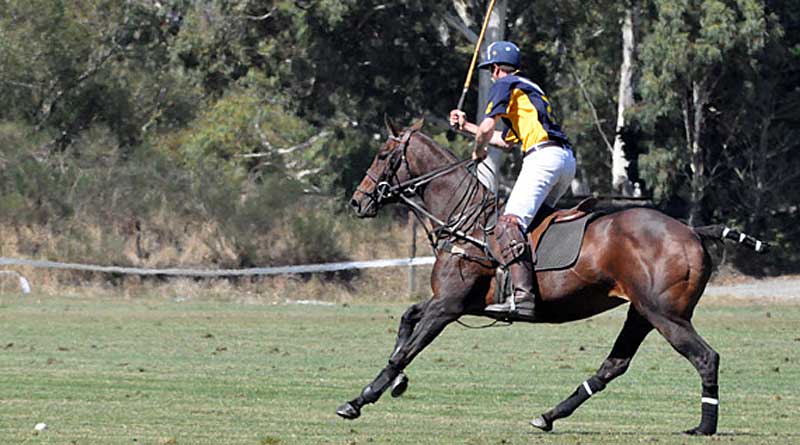 The classic exercise regimen for polo ponies profoundly enhances their muscle’s capacity to use oxygen, researchers in Thailand have found, with game play seemingly crucial to the improvement.

The lift in what is known as oxidative capacity was found in a group of nine healthy adult female polo ponies in Thailand used in the university study.

The training regime also elevated, but to a lesser extent, the glycolytic capacity – that’s the anaerobic process that converts glucose to lactate to produce energy when limited amounts of oxygen are available.

Anaerobic glycolysis is only an effective means of energy production during short, intense exercise, providing energy.

The researchers from Mahidol and Kasetsart universities said the results provided beneficial information for future research on the development of training programs to improve specific muscle performance in polo and associated equestrian sports.

Pawinee Piyachaturawat and her colleagues, writing in the journal BMC Veterinary Research, said the match-play patterns in polo were unique and required specific training programs to ensure sport performance.

Surprisingly, the effect of commonly used exercise training regimens on the adaptation of skeletal muscle in polo ponies was unclear, they wrote.

The researchers set out to investigate the influence of the classic training regimen – aerobic exercise training with increasing exercise intensities and varying duration combined with match play – on muscle properties in polo ponies.

These amounted to four consecutive subsets of a one-year classic training regimen.

Exercise intensity was determined by heart rate, with the duration of training, speed, and distance covered all measured.

Blood lactate concentrations were determined before and immediately after exercise sessions.

At the end of each training subset, muscle samples were taken from the gluteus medius – the muscle behind the saddle in the rump – for determination of muscle fiber type distribution, muscle metabolic capacity, capillary density, and lipid and glycogen content. The researchers also examined levels of several enzymes involved in energy production.

Among all exercise training subsets, only the low to moderate intensity training plus match play polo exercise period caused an increase in the number of oxidative fibers, along with increases in properties related to oxygen-related metabolism, including high capillary density, intramuscular lipid content, and expression of two genes relating to energy production.

“As the first scientific evidence providing such insight about the classic polo training regimen, the data forms a basis for further consideration in training program design,” they wrote.

“Since there were no changes to muscle properties after the low to moderate intensity training period in the classic exercise regimen, polo ponies may start participating in polo tournaments with insufficient sport-specific performance,” they concluded.

“As a result, polo ponies are at potential risk of physical injury and metabolic disorders – such as exertional rhabdomyolysis – during and after polo match play.

“To improve muscle performance and minimize injury risk, starting exercise training further in advance of competition, as well as incorporating more intensity and longer duration sessions may be useful for the improvement of muscle performance.”