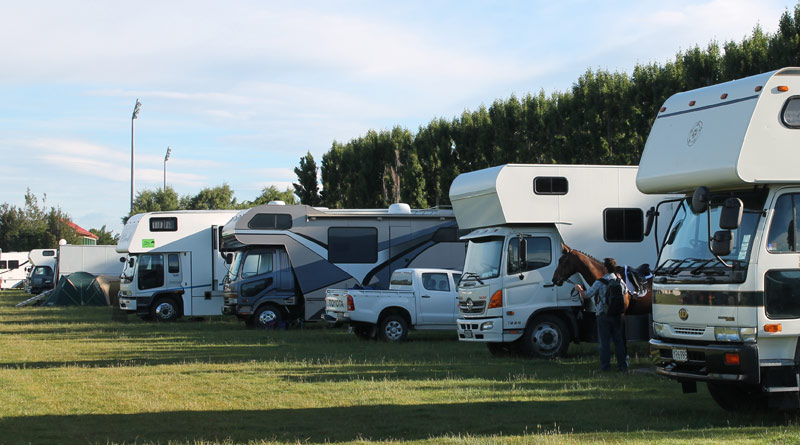 One in four owners reported a transport-related horse injury when surveyed in southeastern Australia.

Research on horse transport has largely focused on the movement of horses by commercial livestock carriers. There is scant information on factors associated with horse injuries during private transportation in small trucks and trailers.

They gathered data on the drivers themselves, their travel practices, vehicle characteristics, and horse injuries.

A total of 223 drivers were surveyed in person for the research. Fifty-five of them reported transport-related injuries to horses in the past, representing one in four, or 24.7%, of the drivers.

The study team, writing in the open-access peer-reviewed journal Animals, delved into the injuries reported by the 55 individuals.

They found that 72% of the injuries were described as horse associated – that is, from scrambling, slipping or horse-to-horse interaction. The researchers found that another 11% were due to mechanical failure, and 6% due to driver error.

Trailer-associated injuries usually occurred during vehicle movement (86.4%), and less frequently during unloading (6.8%), loading (2.3%) and while stationary (4.5%).

Similarly, truck-associated injuries usually occurred during vehicle movement (72.7%), and less frequently during unloading (9.1%), and loading (9.1%). No injuries were reported in trucks while stationary.

Mechanical failure of a trailer component accounted for a tenth of injuries, and included descriptions of rotten flooring, the hitch point snapping, and failure of the suspension.

The risk of horse injury was not associated with driver age or gender, or experience, the study team reported.

“Drivers that answer the telephone whilst transporting horses were more likely to report a previous injury experience,” they continued.

“There was a trend for participants with less than 8 hours sleep prior to the survey to have previously had a horse injured.”

The researchers also found a modest positive association between increasing trailer age and the number of injuries, but the range of trailer models described by participants prevented identification of the importance of individual design features.

“The study highlights the potential for horses to sustain transportation injuries in privately owned vehicles and warrants further study to address this risk to their welfare,” they concluded.

Traffic-related causes were described by drivers to account for less than a tenth of injuries, and occurred most commonly as a result of sudden braking or turning to avoid other vehicles that had stopped or turned suddenly. An admission of driver error accounted for about 6% of horse injuries.

Discussing their findings, the study team commented on the diverse range of truck and trailer brands.

“The breadth of types is not a surprising finding given that there are currently no regulations that specifically govern the design and manufacture of trailers or trucks for the non-commercial haulage of horses in Australia.”

“It is unclear to the authors why the design and operation of all vehicles specifically used for animal transportation (commercial and non-commercial) in Australia are not governed within a regulatory framework.”

Theys said more refined tools for collecting the data were required to better understand the contributing factors to accidents and injuries on the road.

“The number of injuries resulting from the recollections of the participants over time is concerning, but should not be mistaken for an indication of period prevalence.

“The survey of a larger number of participants is recommended to better determine the risk of injury, and thus the wider welfare impact of non-commercial transportation-related injuries.”

Attention, they said, should focus on the causes so that measures can be taken to reduce the risk to horses in transit.

Riley and Bridges are affiliated with New Zealand’s Massey University; Noble and Hazel with Australia’s University of Adelaide; and Thompson is with the Appleton Institute at Central Queensland University.