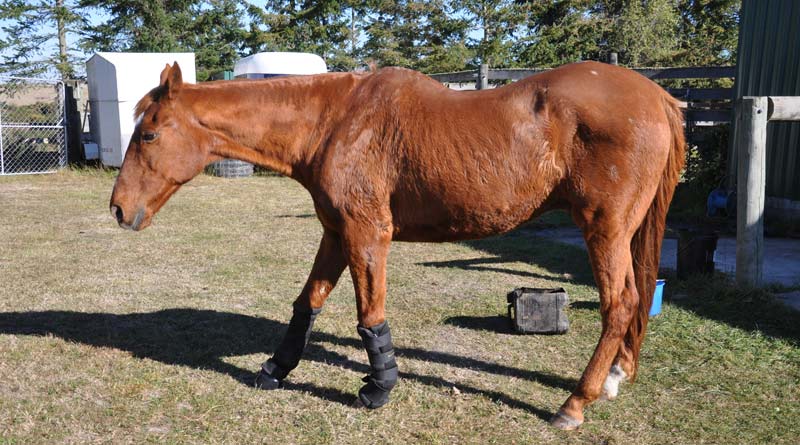 Studies investigating the failure of the hoof support mechanism in sound limbs during bouts of laminitis are to get funding from the charitable foundation set up by the American Association of Equine Practitioners (AAEP).

The condition is known as support limb laminitis, in which lameness in one limb results in laminitis in the opposite limb. Subsequent separation of the coffin bone from the hoof wall causes pain and eventually displacement, either coffin bone rotation or sinking, in the foot.

Support limb laminitis was the type of laminitis that claimed the life of 2006 Kentucky Derby winner Barbaro while healing from a severe fracture in a hind limb.

AAEP members have identified laminitis as the most important equine disease requiring research.

In one of the studies, Hana Galantino-Homer at the University of Pennsylvania will investigate the alterations that occur in the protein structure that supports the bone to the hoof connection.

Foot specimens from horses affected by support limb laminitis will be used to study how nutrient deprivation and subsequent production of abnormal proteins (keratins) affect the support structures within the hoof. The goal is to understand the process of cell pathology in the foot to better predict, diagnose and treat support limb laminitis. 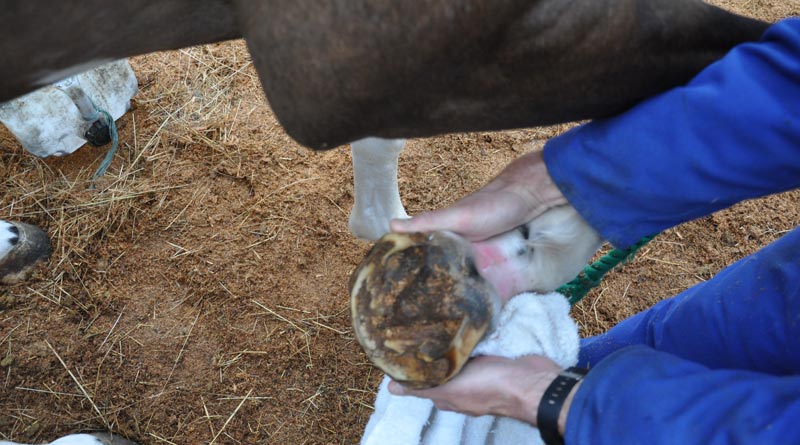 The second study, led by Samantha Brooks at the University of Florida, seeks to understand the response of the cells in the support structures within the hoof.

By utilizing RNA sequencing, genes that respond to the abnormal support in the foot will be identified and compared to normal feet. Understanding the gene upregulation will help identify the process within the hoof that leads to support failure. The research will use the real-time polymerase chain reaction (PCR) technique to identify the production of inflammatory mediators and enzymes involved with the pathology.

Both studies will utilize the Laminitis Discovery Database at the University of Pennsylvania, which has specimens from horses who succumbed to support limb laminitis, and from normal horses. The database includes a wealth of information about the affected horses.

Berk said the foundation was particularly grateful to Starlight Racing partners, whose matching funds challenge in 2014 in memory of its Grade II winner Intense Holiday raised awareness and much-needed funds for the fight against laminitis.