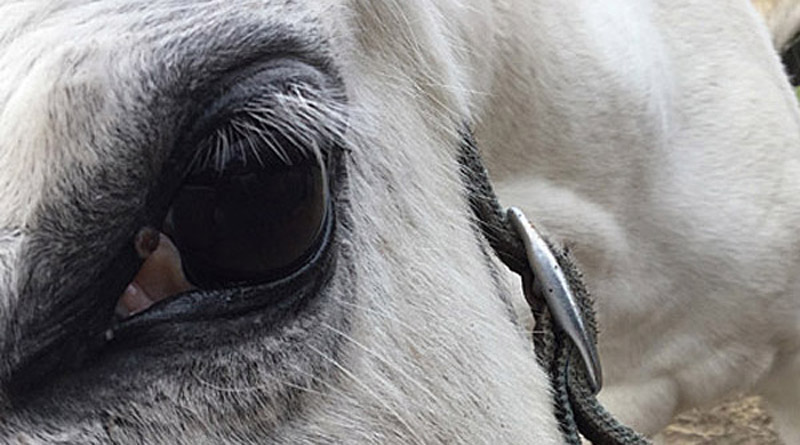 Researchers have provided the first description of the clinical course of naturally acquired non-primate hepacivirus (NPHV) infection in young horses.

NPHV is the closest known relative of the hepatitis C virus, a major human pathogen with about 146 million people infected worldwide. Most end up with chronic disease, which can lead to hepatic fibrosis, cirrhosis and cancer.

The study of NPHV has the potential to improve our  understanding of the disease process and immunity around the hepatitis C virus.

NPHV, which was discovered only recently, naturally infects horses. It is highly prevalent in the species, with studies revealing seropositivity in 30 to 40% of tested horses, with 3% carrying the virus in their blood.

However, disease association remains uncertain, although several studies reported sub-clinical hepatitis in infected horses. A mild elevation of serum liver enzymes has been observed in some affected horses, although in most horses these remained within the reference range.

Single reports exist about NPHV infected horses suffering from severe hepatitis, but a causative relationship still needs to be confirmed.

Routes of transmission remain mostly unclear, although transmission via blood to blood contact has been described in horses.

The authors of the current study, in related research involving 20 mare-foal pairs, showed that the virus can be passed from mares to foals at birth. They also found evidence of the possibility of direct transmission between horses. They showed that several of the foals became viremic – carried the virus in their blood – within the first six months of life.

These foals became NPHV RNA positive at the age of six months and stayed viremic for another seven months, with the concurrent detection of anti-NPHV NS3 antibodies.

“The activity of liver specific enzymes increased in three foals at the ages of 12–13 months,” they reported in the journal Veterinary Research.

“The mild elevation of enzyme activity could indicate a subclinical hepatitis due to the persistent NPHV infection.

“For reliable diagnosis liver biopsies would be required, since the elevation of liver enzymes might have had an unrelated reason.”

The study team reported that the NPHV infection progressed from acute to chronic in the four young horses.

The four were not able to clear the infection in the study timeframe, but remained chronically infected for the entire monitored time period despite the presence of NPHV specific antibodies.

“The reason for the inability of the four young horses to eliminate NPHV remains unclear,” they wrote.

“The development of the immune system of young horses is only partially understood,” they noted, adding that some elements of the system evolved slowly over the first year of life.

“To understand the complex interaction of NPHV and the equine immune system, further research is required.”

It has been shown that adult horses were often able to clear NPHV infection within two months after acute infection, although persistently infected horses have also been described which were similar to chronic hepatitis C infection in humans.

The researchers were variously affiliated with the Clinic for Horses at the University of Veterinary Medicine Hannover, Foundation, in Germany; and the Institute for Experimental Virology TWINCORE Centre for Experimental and Clinical Infection Research.