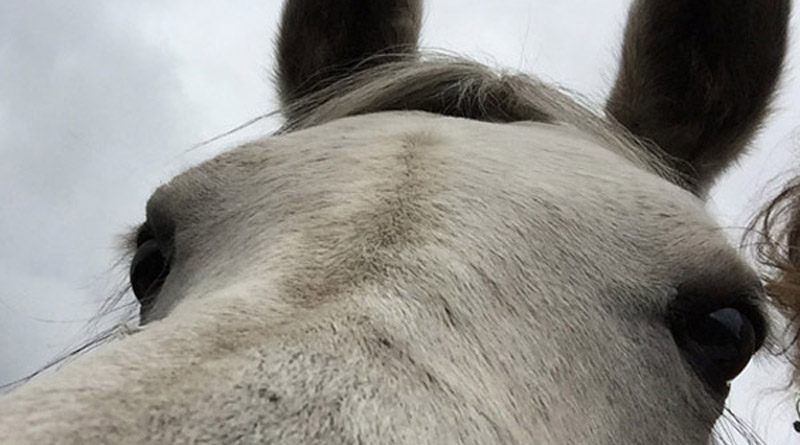 Horses and ponies can use auditory cues as successfully as visual cues,  Australian research has shown.

The study team, who reported their findings in the Journal of Equine Veterinary Science, also found that ponies outperformed horses when responding to visual cues, but not auditory cues.

Success for both horses and ponies did not improve when the cues were combined.

“The animals’ proficiency at using auditory cues means these can be used when providing visual cues is difficult, for example, for disabled riders,” the researchers said.

“Our study suggests that ponies and horses have a similar capacity to be responsive to informative signals involving either hearing or vision and make decisions based on potentially referential or informative human-given cues.”

Horses and ponies use visual and auditory signals to communicate. Studies have shown they can respond to visual cues in object-choice tests, but the use of auditory cues – alone or associated with visual signals – had not been investigated until the current study.

The researchers from the University of Western Australia set up an experiment involving 10 horses and 10 ponies.

The animals, all from riding schools, were assessed in a series of tests in which they were released by a handler four metres from two buckets placed two metres apart. In each case, one of the buckets was selected randomly to contain a carrot reward.

The animals were tested on their ability to correctly select the reward bucket after receiving a visual or aural clue, or both.

The  visual cue involved the experimenter standing just beyond and between the buckets and motioning with one arm toward the reward bucket. The auditory clue was the sound of a person double-clicking their tongue, played by an iPod connected to a speaker hidden in a box behind the reward bucket. In this phase the experimenter stood passively, providing no visual clues.

Each horse and pony was tested 10 times on each cue type.

The animals were then tested again, with both auditory and visual cues used at once to indicate the reward bucket.

The final phase involved half the animals being given conflicting auditory and visual clues as to which bucket held the carrot.

Lead researcher Amy (Kit) Prendergast and her colleagues reported that the correct bucket was chosen for each cue type above chance level.

Total correct choices per subject ranged from 7 out of 30 to 22 out of 30. Seven subjects (35%) achieved a score for correct choices significantly greater than or equal to what would be expected from chance.

Given conflicting cues, the animals’ choices were found to be random, although three animals showed a preference for the visual cue.

Generally, all the animals were faster at making a choice when correct.

Conflicting visual and auditory cues resulted in random selections but, unexpectedly, response times were not delayed as a result.

Equine learning theory suggested conflicting signals should increase the delay – latency – in responding by producing a “blocking” effect and creating uncertainty when horses were confronted with conflicting information.

In the study, latency to make a choice did not increase when the animals were given conflicting cues compared to when given non-conflicting cues, alone or combined.

“This might be the consequence of our subjects, having learned the association between a cue and the food reward, were adequately motivated to make a choice.

“Another possibility is that despite interactions between processing visual and auditory stimuli in the brain, horses selectively attended to one cue type, enabled by some separation of spatial processing of visual from auditory information, thereby preventing a ‘blocking’ effect.”

“A potential explanation for this observation is that when different cues are presented concurrently, horses may selectively focus on one cue type,” they said.

Ponies were generally faster and achieved higher scores,  especially in responding to visual cues, compared with horses. The ponies had faster response times than horses, even when making incorrect choices.

Overall, more ponies passed the criteria for demonstrating reliable competency at using cues (60% of subjects) – a pony achieved the highest score, and almost all instances across cues when a subject failed to make a choice were by horses.

“These breed-type differences may result from the fact that ponies have higher general motivation levels to solve the task and/or were more attracted to the food reward; in fact thoroughbreds, the predominant equine breed type in our study, are known to exhibit low food motivation.”

The researchers said the horses and the ponies in the study were successful at using cues where the pointing cue was 50cm away from the target, the auditory cue lasted only a few seconds, and the side was randomized.

They concluded: “No difference between successfully using visual and auditory human-given cues suggests when training or interacting with horses using either cue type should be equally effective.

“However, people should be alert to sounds and movements of their bodies because domestic equids are responsive to both.”

Prendergast, who devised, designed and executed the study, was joined in the research by Christian Nansen and Dominique Blache.

One thought on “Horses and ponies respond equally well to auditory and visual cues, study finds”