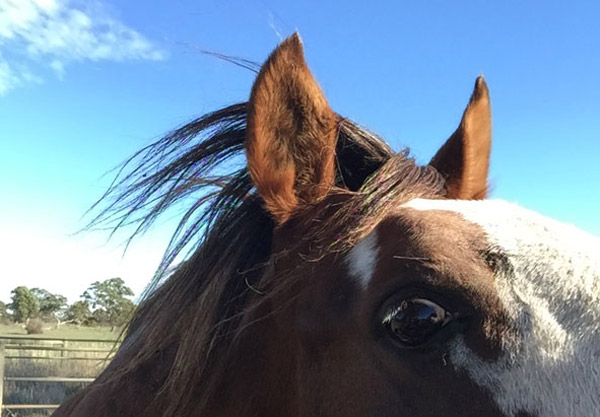 An ageing human population has sparked concerns around the cost of providing health care to the retiring Baby Boomer generation. Could the horse population be following a similar trend, presenting owners with a growing list of chronic ailments?

Researchers have crunched the data on Britain’s horse population in a bid to provide some answers around the prevalence of chronic diseases, the rate of survival, and the number of horses with multiple ongoing health issues.

Their findings are reported in the September issue of the peer-reviewed journal, Preventive Veterinary Medicine.

The study team – University of Glasgow researchers Claire Welsh, Timothy Parkin and John Marshall, and the University of Nottingham’s Marco Duz – noted that the average age of the global human population was rising, leading to increased interest in the effects of chronic disease on health resources and patient welfare.

So, could Britain’s horse population be getting older, with a corresponding increase in chronic disease? Welsh and her colleagues found limited evidence for this ageing trend in previous research, noting that the current prevalence of many chronic diseases, and the presence of multiple ailments, was unknown.

The researchers analysed first-opinion electronic medical records from seven veterinary practices around Britain to estimate the apparent prevalence among veterinarian-attended horses of a range of chronic diseases. They also sought to assess their relative effects on average life expectancy following diagnosis.

The researchers said they found signs of an increasing population age among horses, based on a significant increase in the estimated years of life of horses born in 2010-2012 compared to 1995-1997.

“Just as in humans, the average lifespan of veterinary-attended UK horses in this population appears to be increasing overall,” they said.

They were chosen as diseases that can be diagnosed in first-opinion practice, which are chronic or recurrent in nature, and are commonly incurable.

Horses with more than one ailment – multimorbidity – comprised 1.2% of the study population, and it had a significant effect on survival times, they found.

The occurrence of two diseases at once led to 6.6 times the hazard of death compared to horses with no chronic disease. When three or more diseases were present, the risk of death was 21.3 times greater than in a horse with no diagnosed chronic disease.

Of the 70,477 horses covered in the study, 12.8% had at least one chronic disease over the course of the study. The maximum found in any one horse was six.

Death was detailed for a total of 4689 (6.7%) horses over the study period, indicating that this was often not recorded.

In total, 2125 horses were diagnosed with more than one chronic disease. This represented 3% of the total horse population in the study. It also represented roughly one in four horses (23.6%) with at least one chronic condition.

Laminitis was found to be present in 74% of horses diagnosed with multiple diseases, and PPID was a feature in 49%.

The researchers, discussing their findings, said not all horses in Britain were registered with a veterinarian, therefore using electronic medical records was liable to a degree of selection bias.

“An owner’s decision to euthanise is very often complex, involving welfare, management, financial and emotional aspects. It can be supposed that diagnosis of a chronic or incurable disease often plays a large part in this decision, but it will rarely be the only reason for euthanasia.

“All of the chronic diseases studied were found to significantly affect survival,” they said.

The hazard ratios for equine metabolic syndrome and PPID were so large that the expected survival times following diagnosis of these conditions was shorter than most other diseases.

Discussing the high prevalence of laminitis alongside other ailments, the study team said it was a common sequel to many inflammatory conditions, and had both acute and chronic phases.

“Given this ‘final common pathway’ of inflammatory disease, it is perhaps unsurprising that laminitis is so commonly diagnosed alongside other chronic diseases.

“PPID was a feature in 49% of multimorbid animals, and given this disease’s considerable effect on life expectancy and hazard ratios, it constitutes a serious challenge to equine health.”

They said that the apparent prevalence of multiple ailments was found to increase among the horses in the study.

“The population of horses attended by UK veterinarians appears to be aging, and chronic diseases and their co-occurrence are common features, and as such warrant further investigation,” they reported.

“The results … indicate that veterinarians may encounter greater numbers of aged animals in future.

“Chronic disease is prevalent and of serious concern for equine welfare and longevity, and the apparent prevalence of multimorbidity appears to be increasing.”

They said further study of patterns of multiple ailments in horses may help to better understand common causes and formulate appropriate management strategies.