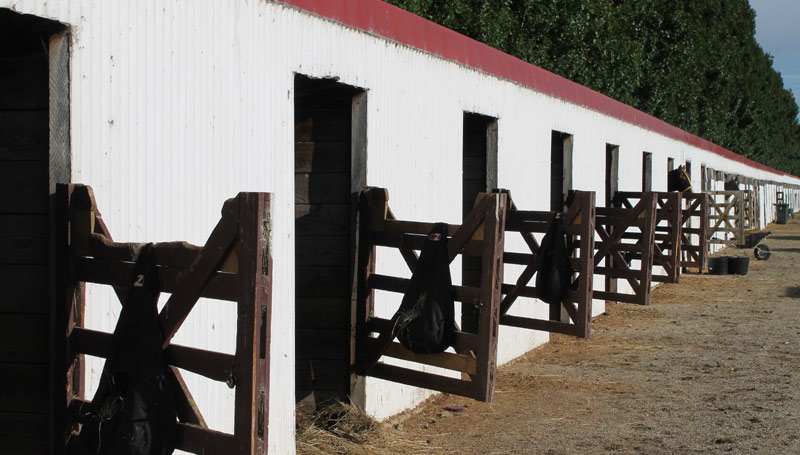 Researchers in Portugal have sounded a note of caution when it comes to assessing the risk of exposure to fungal spores in a range of settings, including horse stables.

The study team, based at the Polytechnic Institute of Lisbon, noted that recent concerns about human exposure to microorganisms in indoor environments had also focused on fungi.

Contamination of working environments can arise from the dispersion of fungal spores in the air and
on surfaces. They can affect human health in a variety of ways, causing infections, allergic reactions,
irritations and toxic reactions.

However, cultures in air samples were usually the only parameters used to assess indoor fungal contamination, they noted.

“The number of studies where fungal contamination in workplaces has been characterized both in the air and in the surface samples is very limited, Carla Viegas and her colleagues wrote in the International Journal of Occupational Medicine and Environmental Health.

“In fact, in most of the studies on environmental fungal assessment, the results have been achieved only by air sampling.”

Because contamination can result from fungal spores’ dispersion in both the air and on the surfaces, it was important to assess specific environments based on the results of both types of samples.

The researchers assessed fungal contamination in samples from 42 settings, including a horse stable, to show the relevance of surface sampling in complementing results from air samples.

In all, the samples were gathered from 218 sites within those settings, based on the amount of time spent by the workers in those places during their occupational activity.

Molecular tools were applied to detect fungal presence in 44 samples – all from settings with higher fungal loads.

The settings with higher fungal loads tended to show more differences between the presence of different species in the air and surfaces.

The researchers said surface sampling was crucial for a correct and complete analysis of occupational scenarios.

“As we observed in some of the analyzed settings in this study, surfaces showed higher diversity in terms of the number of fungal species detected, as well as a higher fungal load, when compared with the air samples.”

They continued: “In most of the studies where environmental sampling is achieved only through air sampling, data regarding fungal burden are probably underestimated.”