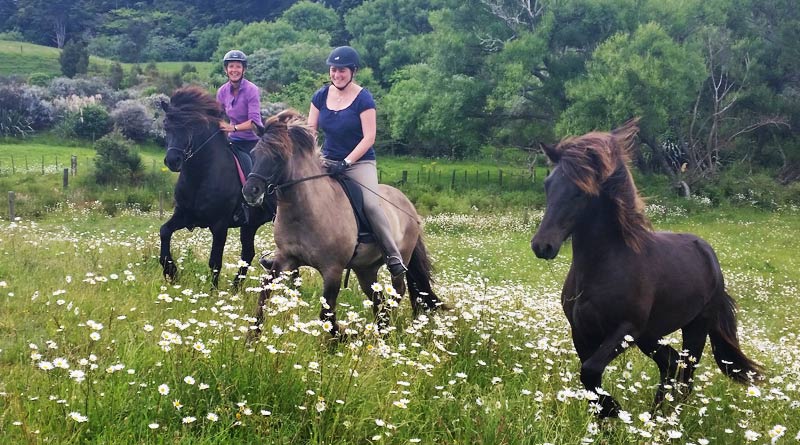 The Icelandic horse is one of the oldest breeds in the world. It was brought to Iceland by the Vikings from Norway, around 874-930 AD. Due to the harsh climate the horse had an extremely difficult existence, and only the strongest and fittest could survive.

The Icelandic breed has had no outside influence since 982 AD, when the Icelandic Parliament passed a law prohibiting the importation of horses from foreign nations. The law was meant to prevent the introduction of new diseases, but it also helped contribute to the evolution of a completely unique breed that has never been crossbred with other horse breeds, which makes Icelandic horses one of the purest breeds in the world. Today the law remains, and Icelandic horses who leave the country are not allowed to return.

The Icelandic horse has five gaits, these being walk, trot and canter, as well as tölt and pace. The tölt is the specialty of the Icelandic horse. It is a remarkably smooth four-beat gait in which the horse moves its feet in the same order as the walk, though more quickly. It is a supremely comfortable gait for the rider, and one that is available at a variety of speeds, up to 20mph.

Pace is the fifth gait and is not found in all Icelandic horses. A good Icelandic five-gaiter will show short bursts of flying pace under saddle, covering 100m in under 8 seconds, or 250m in under 20 seconds – nearly 30mph. Pace is highly prized among the Icelanders, but is saved for special occasions and only ridden at top speed.

By New Zealand standards the Icelandic is technically classified as a pony: most Icelandic horses today are between 13hh and 14hh. But they are extremely strong and are expected to carry any adult, no matter how tall or heavy. The breed has charm, strength and courage. It is intelligent and loves learning and being trained. 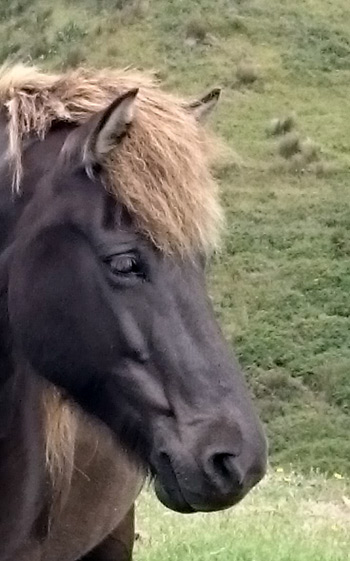 The Icelandic horse can be found in more than 40 different colours, with hundreds of variations, including chestnut, bay, black, palomino, buckskin, grey, pinto, silver dapple and blue dun.

The Icelandic horse is strong, enthusiastic, forward-going and docile. It is virtually unknown for an Icelandic horse to kick or bite. They are usually easy to catch, box and handle.

The Icelandic horse is also self-assured and behaves well in traffic.

The Icelandic horse matures slowly, and training is not started until the age of four. Then the horse is taught to work with halter, bridle and saddle and ridden a little. When they turn five, the real training starts.

Without exception all breeders and riders in Iceland believe that horses should not be trained at an earlier age.

Icelandic horses usually live a long and healthy life and their natural life span is 25-30 years though some have lived to over 40. It is not unusual for them to be ridden and trained well into their 20s.

Although New Zealand has a long history with horses, the Icelandic horse is a relative newcomer. In 1868 one horse was offered for sale in Auckland but it was not until the 1990s a breeding programme began in New Zealand.

There are a few breeders of Icelandic horses in New Zealand, most of them breeding on a small scale. They include:

There is also a trekking business in Christchurch with Icelandic horses.

More information about this wonderful breed can be found on the Association’s website  or on its Facebook page. 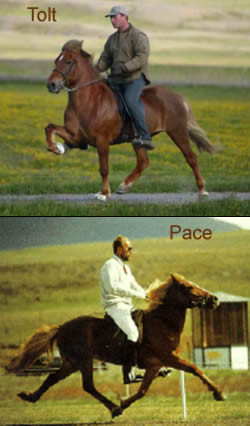