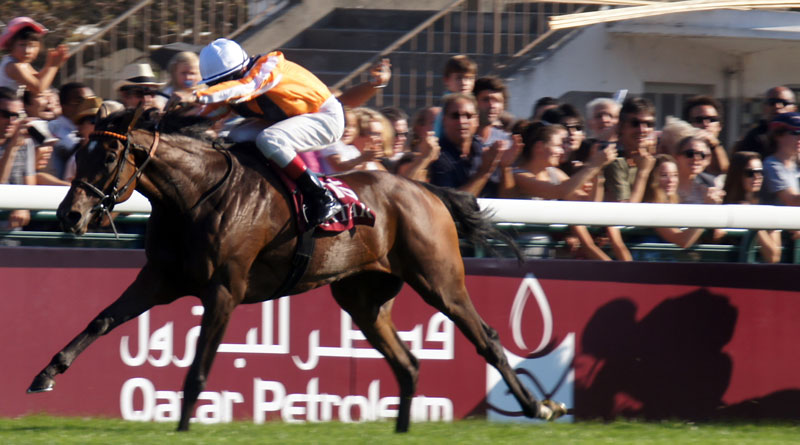 The first Sunday in October each year is when the focus of the racing world turns to Paris for the richest flat race on turf, the Prix de l’Arc de Triomphe.

First run in 1920, its relatively humble beginnings have not stopped the race growing into the spectacle it provides today, with the most recent sponsorship deal with Qatar ensuring a purse of €5 million. It has risen to become the most prestigious race for thoroughbreds in Europe, with the vast majority of winners assuming ‘champion’ status amongst breeders for the future.

The race is run over a distance of one mile and four furlongs (2400m), around the uniquely shaped Longchamp track. A right-handed, galloping track, the Prix de l’Arc de Triomphe is noted for its ‘false straight’, an initial right turn leading to a straight run of a couple of furlongs, before the horses turn into the final straight in the race. This has led to scrimmaging in the past, and winners need to possess a unique blend of stamina, courage and a high cruising speed to enable them to avoid trouble in running.

In the earlier years of the race, multiple winners were more common, but since the 1950s, only Alleged (1977 and 1978) and Treve (2013 and 2014) have won the race more than once. That is in keeping with its status as the premier test of a thoroughbred over middle distances. In recent years the race has taken on more of an international flavour, with challengers from as far as Japan becoming a more common sight. That said, with a whopping 21 straight French Trainers’ Titles, it is no surprise that Andre Fabre leads the way in victories in his countries’ most famous race with seven wins between 1987 and 2006.

The roll of honour for the Prix de l’Arc de Triomphe is quite a sight to behold for racing fans, with many of the all-time greats on the list. One of the most intriguing aspects of the race is how it pits the cream of the classic generation (three-year-olds) against the older horses, with comparisons then being deduced in terms of their relative quality. 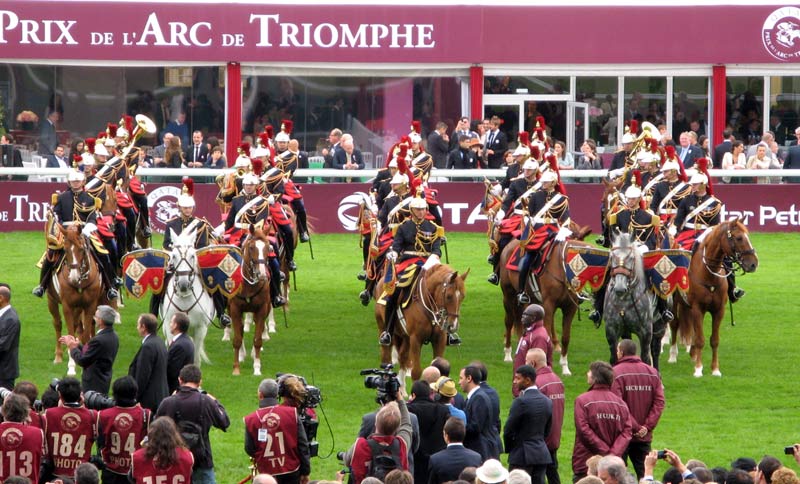 In the last 10 years, the balance of power has swung slightly in favour of the three-year-olds, but overall, it appears to be quite an even divide. Epsom Derby winners have a real chance to immortalise themselves with glory in the Prix de l’Arc de Triomphe, and horses such as Seabird and Mill Reef have done just that.

Funnily enough, in 1986, the race provided the platform for Dancing Brave to prove his Epsom Derby defeat all wrong as he took the victory in scintillating style.

Recent history has seen the race dominated by champion mares, with horses like Treve (twice), Zarkava, Solemia and Danedream all winning for the fairer sex. In 1993, the race was won by a mare called Urban Sea, who would go on as a broodmare to leave an indelible mark on thoroughbred horse racing through two of her offspring – Galileo and Sea The Stars. Sea The Stars’ victory in the race in 2009 was to prove a career highlight, and he is making his own mark at stud through Epsom Derby winner Harzand. Galileo needs no introduction to racing fans, having sired the mighty Frankel amongst his countless Group One winners.

The Prix de l’Arc de Triomphe is one of the most important flat races of the season, from both a racing and breeding point of view, and one that racing fans all over the world look forward to every year. 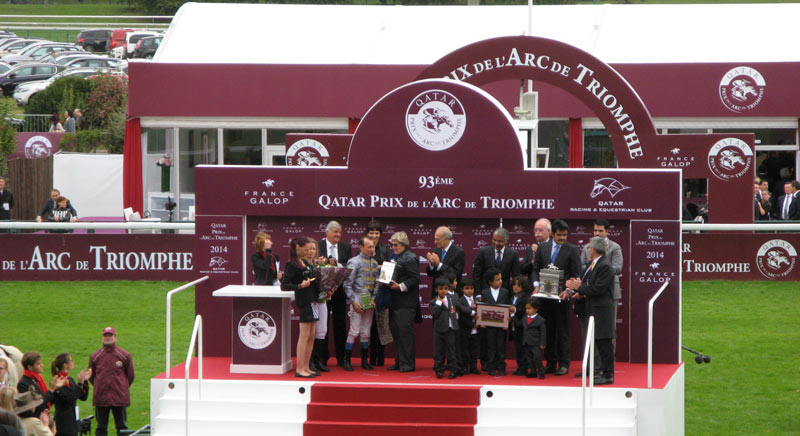