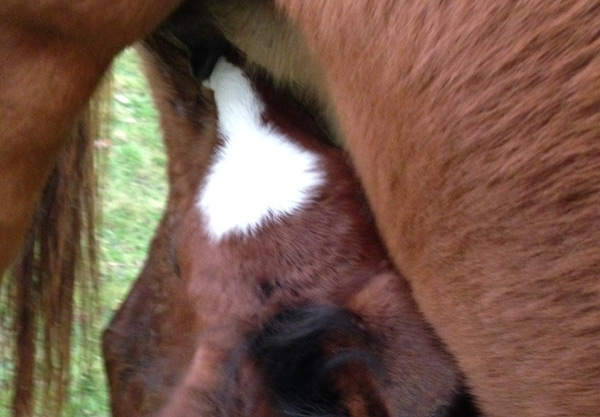 Treating at-risk foals with stored colostrum seems to be effective for ensuring they acquire adequate antibodies.

But it is still advisable to check that adequate immunoglobulin levels are present at 24 hours of age, even if the foal has drunk high-quality colostrum.

An Australian study assessed the value of using stored colostrum to treat foals identified as being at risk of failure of passive transfer of immunity.

Dr Laura Nath and colleagues at University of Melbourne collaborated with Dr Angus McKinnon of the Goulburn Valley Equine Hospital for the research, carried out on a thoroughbred stud farm in Victoria, Australia.

Colostrum was assessed after birth but before the foal sucked.

If it was of high quality (greater than 23% cRI using a sugar refractometer), 300ml was collected and stored at -20 C for at least a week before use.

If, during that time, the mare’s own foal developed neonatal isoerythrolysis the stored colostrum was discarded.

Colostrum was not collected from mares foaling for the first time to avoid depriving the mare’s own foal.

In all, 30 of 224 foals (13 per cent) were considered at risk of failure of passive transfer of immunity and were treated with colostrum. Of these, 27 were from mares with poor quality colostrum (cRI greater than 20 per cent). The other three foals did not suck well or were prevented from sucking by the mare.

However, some foals still had FPTI despite receiving colostrum with adequate cRI values. Perhaps that was due to them not drinking enough colostrum, or it may be that the antibodies were used up in combating disease.

The researchers advise that it is still advisable to check that serum IgG levels are adequate by sampling foals at 24 hours of age, even if a treatment protocol such as that used in the study is followed.

Use of stored equine colostrum for the treatment of foals perceived to be at risk for failure of transfer of passive immunity.
LC Nath, GA Anderson, CJ Savage, AO McKinnon
JAVMA (2010) 236, 1085 – 1090