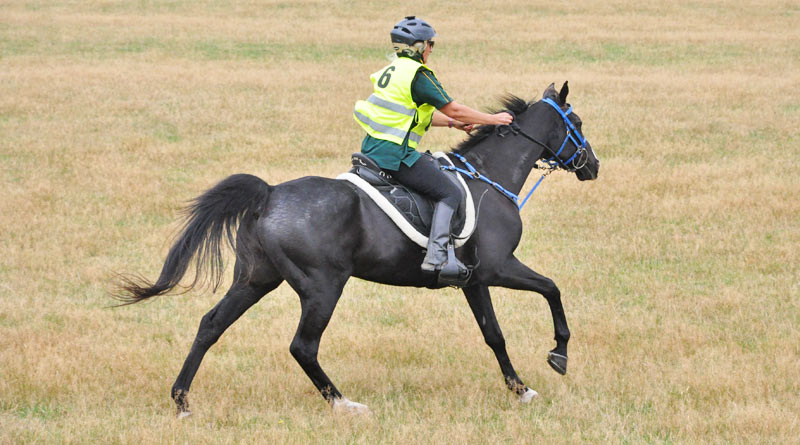 Experienced endurance horses were better able to maintain their blood glucose than young horses in competition, a French study has shown.

The researchers, writing in the journal Frontiers in Physiology, said long-term endurance exercise was known to severely affect metabolism in both human and animal athletes, resulting in a serious risk of metabolic disorders during or after competition.

Horses up to the age of six can compete in endurance races up to 90km, they noted, despite limited scientific knowledge of energy-related metabolic responses to long distance exercise in these animals.

While Arabian horses were recognized as the best breed to perform endurance competitions, their physical development was slow and extended until the age of six.

“There is,” they reported, “no biological or physiological data available for 4–6-year-old horses.”

The researchers noted that, during endurance races, horses ran at speeds ranging from 12kmh to 26kmh. During exercise, muscle stocks of adenosine triphosphate and creatine phosphate in muscle are quickly depleted and energy must then be derived from glycolytic and/or oxidative pathways. 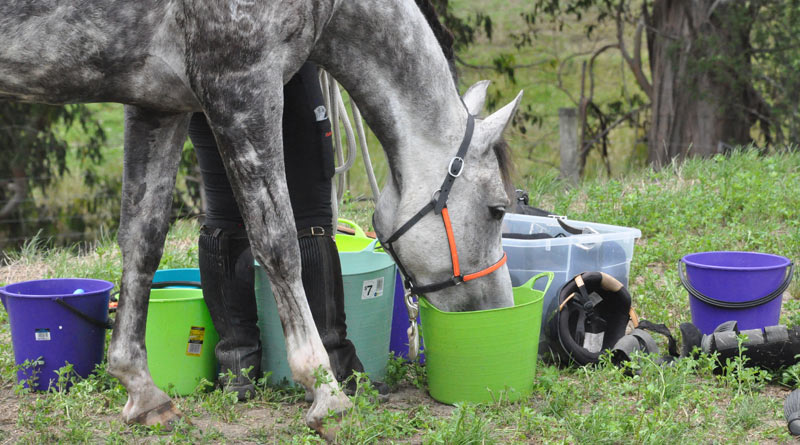 “At higher speeds, horses face high metabolic stress due to the intensity and duration of muscular effort. Thus, specific metabolic adaptations are needed that may be observed in horses selected for endurance for a long time, such as Arabians.”

While Arabian horses were recognized as the best breed to perform endurance competitions, their physical development was slow and extended until the age of six, they noted.

“Factors like diet, daily maintenance, training, or hormonal response to stress may interfere with these adaptations and consequently must be taken into account in horse management.

“Unfortunately, despite the progress of research regarding horse exercise physiology and nutrition during endurance exercise, approximately 50% of horses that enter endurance competitions are eliminated at the veterinary control gates established every 30–40 km along the ride, and about 23% of the eliminated horses exhibit serious metabolic disorders due to exhaustion during or after the ride.”

They said the mechanisms involved in homeostatic disruption were dehydration, electrolytic and acid-base imbalance, glycogen depletion, overheating, muscle breakdown, and, finally, a decreased motivation to run.

They said it appeared that horse training, diet, and management could be improved based on a deeper understanding of energy metabolism and how equilibirum was maintained in a horse’s body during long distance exercise.

“Improving the welfare of horses during endurance competions is essential to promoting and maintaining this pleasant equestrian discipline that is developing all around the world,” they said.

The study team set out to test the hypothesis that endurance exercise would have a major effect on the metabolomic profiles of young horses and that the energy-related metabolic response in young horses would be different to that of more experienced horses. 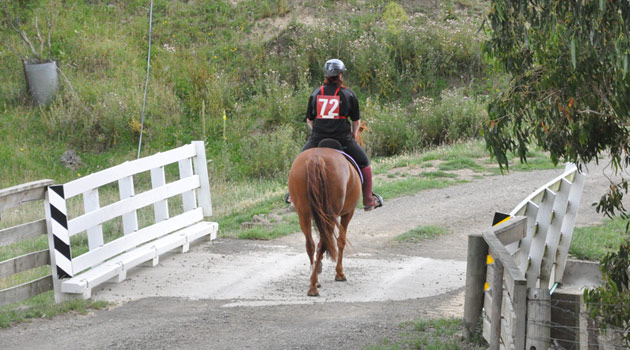 Metabolomics is the scientific study of metabolites – the chemical fingerprints that specific cellular processes leave behind.

Analysis showed that glycemia – glucose levels in the blood – was lower in the horses after the race, despite the involvement of lipid and protein catabolism – destructive metabolism in which more complex protein molecules are broken down into simpler ones, with the release of energy.

They also compared the metabolomic profiles of the young horses to those obtained previously from older horses who competed over 160km, reported in a 2014 study. The comparison showed that experienced horses maintained their glycemia after racing, with higher levels of lactate and a decrease of plasma lipids.

They traversed their range of findings from the plasma analysis work, observing: “The models comparing the metabolomic profile in plasma before and after the ride in 6-year-old horses showed that glycemia is lower at the end of the ride, which favors the hypothesis that a lack of carbohydrate stores is not compensated for by lipid or protein catabolism.”

They noted among their findings that lactate – a marker of anaerobic glycolysis, which is responsible for a decrease in pH that impairs muscle function and leads to fatigue – was found in higher amounts after the ride, a phenomenon already observed in experienced horses.

This post-ride increase could be explained by the higher speed of young horses during the last phase of the ride than the two first phases or by the fact that their lactate capacities were overwhelmed. “This demanding final effort involved anaerobic metabolism,” they observed. 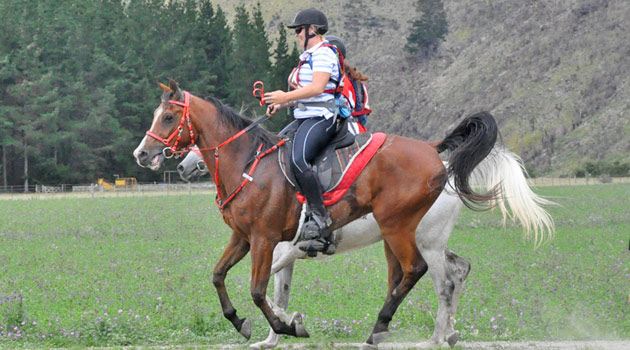 “Experienced horses were better able to maintain their glycaemia than the young horses,” they said.

“With regard to protein breakdown, experienced horses had more glutamate and creatine in their plasma when compared to young horses after the ride.

They continuned: “The experienced horses showed a higher increase in lactate levels in the blood compared to young horses.

“Several factors may explain this difference: riders may require greater exertion from their trained horses; the total distance run may have exhausted the aerobic capacity of experienced horses; or, the lactate elimination capacity may be higher in young horses than in experienced horses.

“The physiological differences between young and experienced horses, such as their ‘background’, training status, speed, and the distances run may influence the adaptations to endurance exercise in different ways.

“First, the experienced horses have completed more events and have received endurance training over a much longer period of time. Training is indeed known to improve the adaptation of skeletal muscles to endurance exercise.

“At higher speeds, heat production is increased and there is a greater risk of exhaustion. Moreover, in young horses [who finished], a significant increase was found for total protein and albumin that are known to be markers of dehydration. However, the other markers of dehydration such as globulin and haptoglobulin were not in significantly higher quantities after the ride and remained stable.” 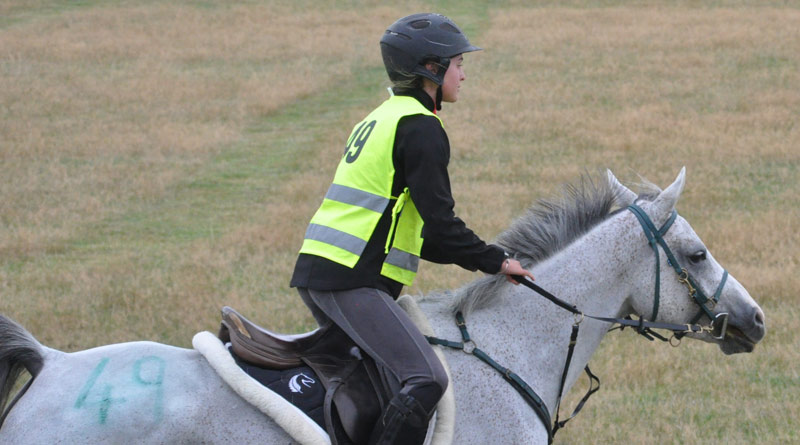 An inflammatory process in young horses was also observed as demonstrated by serum amyloid A and total bilirubin being significantly increased after the ride.

“This is true regardless of the speed during the ride and the outcome of the ride (finisher or eliminated). The metabolites differentiating young horses before the ride from young horses after the ride were different from those found previously in experienced horses.

“Indeed, in the case of the younger horses, a decrease in glycaemia was detected compared to the experienced horses which were able to maintain their glycaemia.

“In this case, the glycaemia decrease observed in young horses may only be a transient state taking place before lipid metabolism compensates for the carbohydrate deficiency, followed by protein catabolism, as classically described in exercice physiology.

“However, while this end-point metabolomic study does suggest that such a process occurs, it was not designed to investigate these kinetic data during endurance rides.”