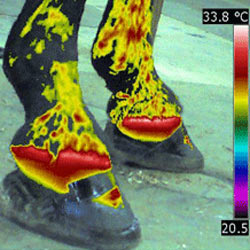 Regulations may be used in the US to clamp down on the illegal practice of soring, as a widely supported bill aimed at doing exactly the same thing remains caught in a congressional logjam.

Federal authorities are reported to be looking closely at introducing regulations under the existing Horse Protection Act which would mirror many elements of the Prevent All Soring Tactics (PAST) Act, which has yet to be brought to the floor of either the House or the Senate for a vote.

The PAST Act is one of the most widely supported pieces of legislation in recent years, but its congressional backers have struggled to bring it to a vote. The legislation has been repeatedly stalled at sub-committee level.

The Horse Protection Act outlaws soring, which involves the use of chemical or mechanical irritants on the legs of horses to encourage the “Big Lick” gait favored by some in the walking horse industry. However, the PAST Act would toughen measures considerably, including bringing to an end self-policing within the industry.

A bipartisan group of House members has written to the director of the White House Office of Management and Budget, Shaun Donovan, to urge the Obama Administration to move quickly to tighten anti-soring measures. They hope regulations could be put in place before President Barack Obama leaves office in January.

Any proposed rule change would have to be released for public comment first, but it seems to be the best chance yet for soring opponents to bring about change.

The letter, signed by 175 House members, said: “These changes will not destroy the Tennessee walking horse industry, as you may hear from opponents of the proposed rule, but will instead save this industry from imploding because of the bad actors who continue to abuse horses at the expense of the breed’s reputation.”

Federal authorities are now reported to be looking at devices, equipment, substances and practices that can cause soring, with a view to introducing fresh regulations.

The signatories to the letter included US Representative Steve Cohen, a Memphis Democrat. Cohen was reported to be the only Tennessean lawmaker whose signature appeared on the letter.

Cohen has said of the practice: “Soring horses is both illegal and morally unacceptable, but trainers are clearly taking advantage of lax oversight and wide loopholes to do it anyway.

“We need to modernize our laws by passing the bipartisan PAST Act to finally put an end to these terrible practices and unequivocally say that Americans treat animals humanely.”

An outspoken columnist on the issue, Roy Exum, writing in The Chattanoogan, said: “All the PAST Act wants to do is close in on the cheaters.”

He condemned those responsible for stalling the legislation, and said he could understand why 175 members of Congress had approached the Obama Administration to make things right through regulation.

Exum said the writing was on the wall for the “Dirty Lickers”.