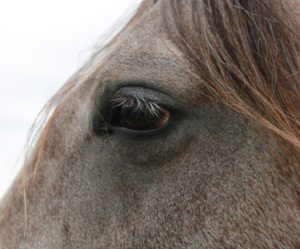 A bacterium which can cause pneumonia in foals was found to be far more common among pigs than horses in a Polish study.

Rhodococcus equi is a Gram-positive bacterium which is widespread on grazing farms. It is common in the faeces of wildlife and farm animals, including pigs, cattle and horses.

It is an emerging zoonotic, presumably foodborne, pathogen but the study team from the Warsaw University of Life Sciences noted that data on its worldwide prevalence in meat animals was scarce.

Lucjan Witkowski and his colleagues set out to investigate the molecular epidemiology of R. equi in pigs, cattle and horse carcasses intended for human consumption in Poland.

A total of 1028 lymph node samples were examined.

R. equi was isolated from 26.6% of the 395 samples taken from apparently healthy pigs, and 1.3% of the 234 bovine samples, which represented three animals.

In horses, R. equi was isolated from only one of the 198 samples, representing 0.5% of the animals.

The three cattle isolates and most of the pig isolates (98.1%) were vapB-positive, while the single horse isolate was vapA-positive. These virulence-associated plasmids (VAPs) are changes in the genetic code which affect the virulence of different strains of the bacterium in different species.

“The prevalence of vapB-positive R. equi in investigated healthy swine intended for human consumption was very high,” the study team reported in the journal, BMC Microbiology.

“Not only swine, but also even apparently healthy cattle or horse carcasses should be considered as a potential source of R. equi for humans, especially in countries where undercooked or raw beef or horse meat is traditionally consumed.”

Data from most previous studies overseas had typically reported the prevalence of the virus in pigs at around 0% to 3%. Only two reports – one from Hungary and one from Japan – presented results closer to the findings of the Polish study (14% and 21%, respectively).

“It is interesting why R. equi prevalence among swine from different countries varied so much,” the researchers wrote.

“Perhaps in swine … some factors predisposing for R. equi infection exist, however they are not known.”

“The low prevalence of R. equi in lymph nodes in these species suggests that their meat is unlikely to be the main source of R. equi infection for humans.”

R. equi infections in humans are usually in patients with a compromised immune system.

Witkowski was joined in the study by Magdalena Rzewuska, Magdalena Kizerwetter-Świda and Jerzy Kita, all from the Warsaw University of Life Sciences; and Shinji Takai, from Kitasato University in Japan.