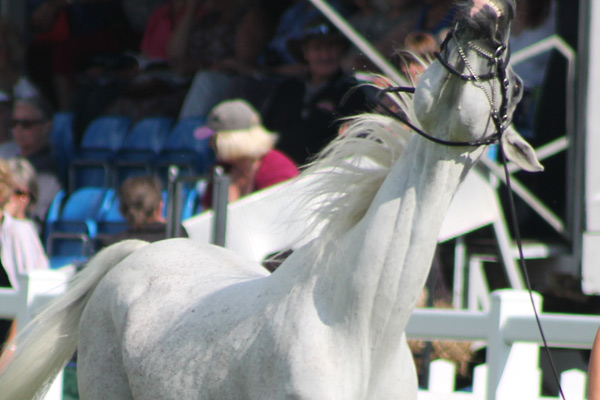 Arabian horse showing in the US is in for a shakeup following a US Equestrian Federation hearing over a protest over whip use and “shanking” at a show last year.

“Shanking” is the practice of jerking violently on the lead line of the horse, often with a chain under its chin.

The protest centered around the US Arabian and Half-Arabian National Championship Horse Show last October, with allegations that abusive correction techniques, including shanking and the threatening use of a whip, were being used by certain handlers. Penalties were sought under several of the Arabian Horse Association’s rules.

In releasing its decision, the USEF hearing committee said that rule AR116.6a3 “will allow shanking in Arabian Halter classes or competitions only in emergency situations where a horse becomes dangerously unruly and immediate shanking is required in order to regain control of the horse and prevent imminent harm to the horse or others”.

The USEF Hearing Committee Panel stated that its references to shanking are defined as “… situations such as where a handler jerks hard on the lead, yanking the horse’s head and causing the neck to twist or torque in another direction and the horse to abruptly shift its body posture to compensate.”

The hearing committee determined that shanking [unprovoked aggressive force] “… must be recognized as intimidating behavior that is disallowed under AR115” and that it could also be considered abuse or inhumane treatment under rule GR839 except under the circumstance of a horse being out of control to the point that it is a danger to itself or others. This ruling supports our current Rule AR116.6a3 which states “only shanking allowed shall be limited to an unruly horse in order to regain control”.